Belux, the internationally recognised manufacturer of high-quality designer lights from Switzerland, has again and again celebrated great success with innovate lights during the last 30 years. 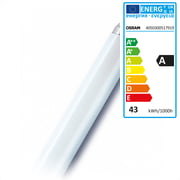 The Swiss company Belux was launched in 1970 by Thomas Egloff. His drive for continuous development of innovative light solutions and novel lighting concepts led to close collaboration with internationally renowned designers and architects. Belux was ready from the start to take the risks associated with experimental innovations. The collaboration with the Swiss designer Hannes Wettstein was groundbreaking, he has long since been a luminary in interior design.

A great breakthrough took place in 1982 with the joint development of the Metro, the first low-voltage track lamp system worldwide. The tensioned wires with small lights were soon to be seen in innumerable private houses, restaurants and hotels and had many imitators. Belux took over the licence to produce extravagant furniture and objects from the respected Italian design group Memphis um Ettore Sottsass and Michele de Licence in the same year.

The Belux Edition “Privates Licht” a touring exhibition of experimental light designs by among others Michele de Lucchi, Danny Lane, Matteo and Ron Arad in 1992 found regard worldwide. Belux introduced the variable lamp “Updown” an ingenious design by Reto Schöpfer, to the market in 1996, establishing the energy-saving fluorescent lamp in private living rooms too. “Metre by Metre” with its light which can be adjusted to suit individual needs also set new standards.

Belex with authorities such as Frank Gehry, Herzog & De Meuron, Ronan and Erwan Bouroullec as well as Hella Jongerius is creating a stir today. Yet, Belux as before, in the office and at home stands for formal, mature, technically thought-through and durable quality products and arouses attention with the introduction of new materials and technologies.

Thomas Egloff has, for over 30 years, built up the company to an internationally recognised producer of high-quality designer lamps. He regulated the company succession in 2001 with the ideal partner: Vitra. This not only ensured the continued existence of the successful company culture but this internationally well-known furniture manufacture also opened up access to new markets, production methods and not least to a network of some of the most important designers of our time.