The history of Blunt Umbrellas begins in 1999: the development engineer Greig Brebner walked over a London pavement during the main traffic time. There were the first signs for rain at the dark sky. 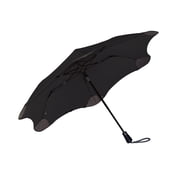 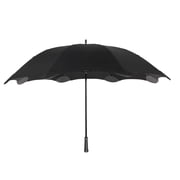 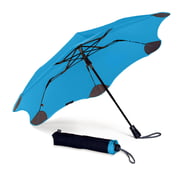 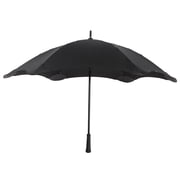 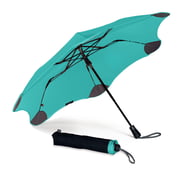 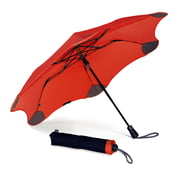 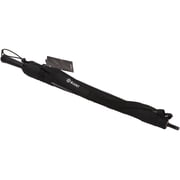 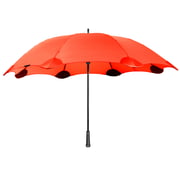 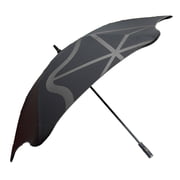 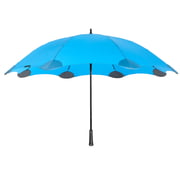 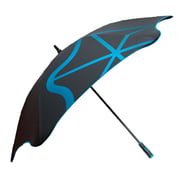 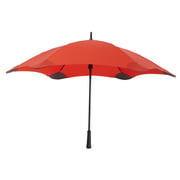 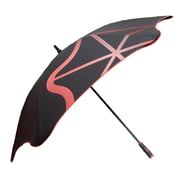 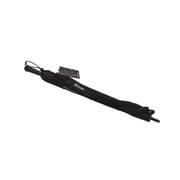 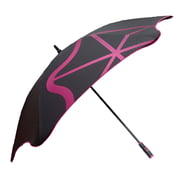 The history of Blunt Umbrellas begins in 1999: the development engineer Greig Brebner walked over a London pavement during the main traffic time. There were the first signs for rain at the dark sky. With his 1.90 m of height, the New Zeeland could watch over the heads of most of the people.

Just in that moment heaven unlocked and suddenly his eyes were in thread by hundreds of sharp, pointed umbrella frames that swung around in front of him. A fierce wind bent the umbrella of his front man and the owner could keep it from Greig’s eyes with huge effort.

Until that moment, when Greig sat at his kitchen table and began to work at an ancient kite with his glue stick, the basic umbrella model of 1928 hasn’t changed.

Umbrellas exist in all colours and sizes. Some umbrellas have openings in their fabrics so that the wind can flow to the outside (and the water inside). Other umbrellas have a special form to protect the cover from wind. However, these umbrellas do not protect the user enough from rain.

Umbrellas do only resist as long as wind doesn’t damage them. Umbrellas that resist a lot of wind, don’t keep their owner dry.

Greig began his concept “protection from rain using fabrics” completely redeveloping. As an ambitious engineer he wanted to develop something that would overcome other products widely: an umbrella that would work under extreme conditions, also in situations where all other umbrellas failed.

As designer however, he wanted to fulfil basic demands of elegance and style. And he especially wanted to avoid eye-picking qualities for tall men like him.

Again at home Greig couldn’t wait to feed his idea and to test it in the stormy New Zeeland. He waited until extreme weather conditions and climbed to the One Tree Hill in Oakland with his prototype. When he and his Blunt both survived the storm, he understood that he was on the right path. And as the Blunt also survived wind strength of 12 (>117 km/h) in a wind canal, he was completely delighted.

This strong structure of an umbrella is directed by fabrics that are covered with the umbrella. This fabric covers the frame whereby the whole element becomes stronger. Tension creates strength.

The aim of Blunt was to not only give umbrellas a new form, but also to change the way of treating an umbrella.

Each year several millions of umbrellas are excluded. Not few are repaired or recycled, this means they mostly end up in the garbage bin. A pure time and money waste!

And then we still don’t talk about the time and money investment which is needed to develop and manufacture umbrellas that will still not fulfil demands.

The Blunt was developed to resist extreme weather circumstances. The Blunt was manufactured to stay at your side for years and years of enjoyment and for less swearing on the street.