The name Braun stands for high-class products with high functionality and formal asceticism all over the world. Founded by Max Braun as a workshop for apparatuses in 1921, Braun became world famous in the 1950s with its electric razors. 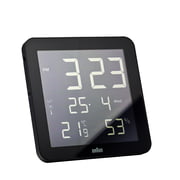 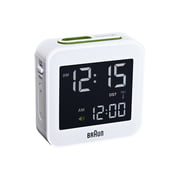 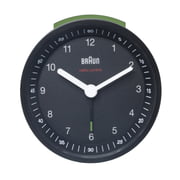 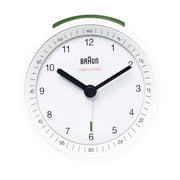 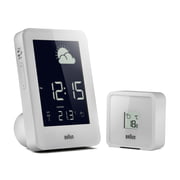 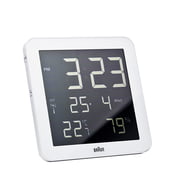 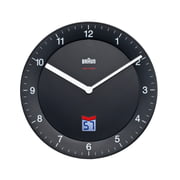 The name Braun stands for high-class products with high functionality and formal asceticism all over the world. Founded by Max Braun as a workshop for apparatuses in 1921, Braun became world famous in the 1950s with its electric razors.

After Max Braun’s death, his sons Artur and Erwin took over the Frankfurt-based company. At the same time, the design school in Ulm was established. It was oriented towards the ideas of Bauhaus and worked together closely with Braun. The consequence was the creation of functional and simple products, which is the reason why Braun became a synonym for the Bauhaus ideals.

The Braun design was promoted by works of famous personalities such as Fritz Eichler, Wilhelm Wagenfeld, Inge Aicher-Scholl, Albrecht Schultz and Herbert Hirche. Dieter Rams became chief designer of the company in 1961. Rams, who was considered the embodidemt of the principle of objectivity, was responsible for the design of the legendary SK 4 and the first stereo system Studio 2.

Over the years, the range of innovative Braun products kept growing, so that the whole collection was exhibited in the Museum of Modern Art in New York in 1964. The electric razors, stereo systems, kitchen machines and calculators are characterised by innovative designs and high quality and were therefore often the archetype of whole product groups. Braun was furthermore the first avant-garde phono brand and therefore the pioneer of other big names such as Sony, Philipps or Brionvega.

The appreciation for the design of Braun products was again proven in 1968, when the BraunPreis was founded as Germany’s first international design award. The award is intended to honor the works of young designers and focuses on industrial design as well as innovative product ideas all over the world.

Braun was taken over by the American company Gillette in the 1960s. Since then, the company has focused on household and body-care devices. The department of entertainment technology became less important and was finally shut down. The alarm clocks, watches and calculators that were so popular due to their simple design are not produced anymore.

The new products of the Braun house are still produced according to the traditions of the company and once again feature innovative design from a younger team of designers. The true classic pieces of the house are exhibited in important design museums all over the world and are desired by collectors and experts.