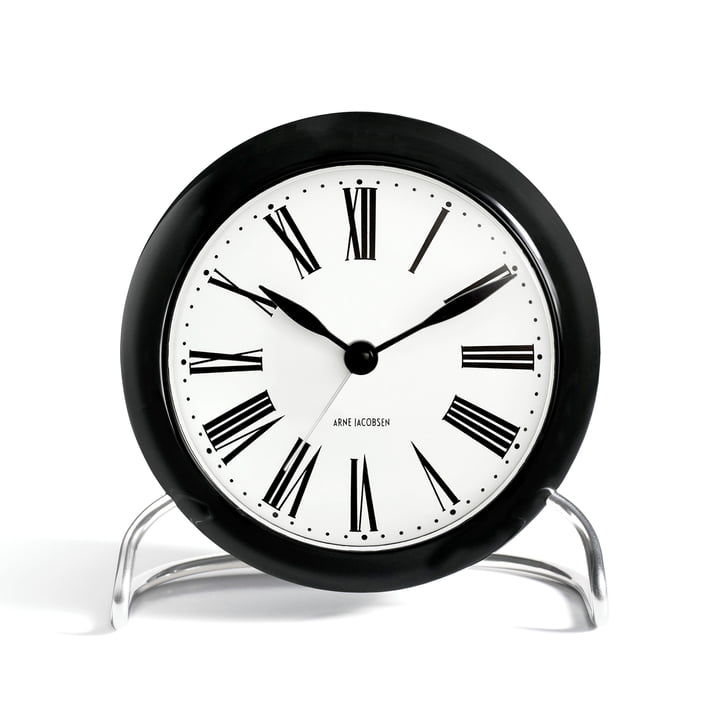 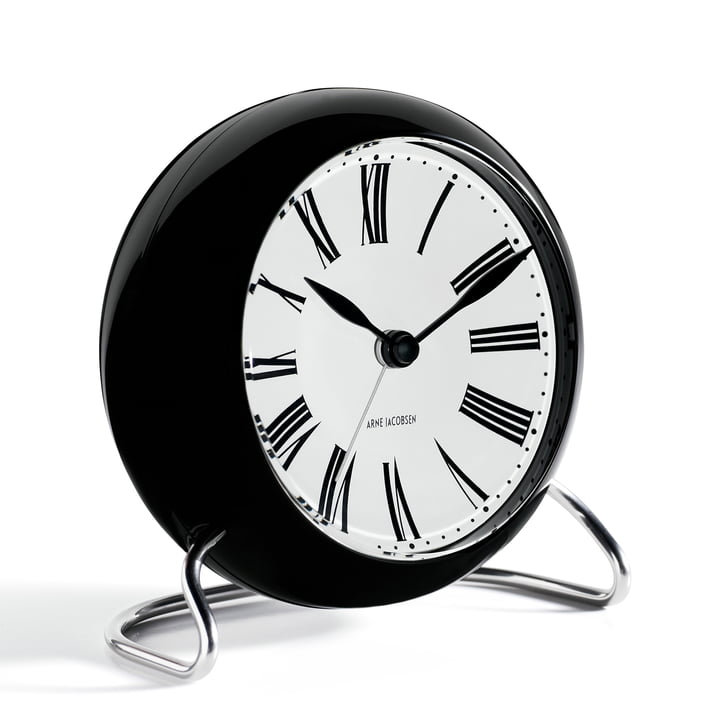 The architectural AJ Roman table clock with alarm, which Rosendahl is now relaunching with the Arne Jacobsen Clocks collection again on the market, was created in 1939 by Arne Jacobsen , who was responsible for the house construction for the managing director of the electrical goods manufacturer Lauritz Knudsen.

A typical feature of Arne Jacobsen's design is that it is both architectural and minimalist. At the same time it was influenced by Lauritz Knudsen's industrial approach to form design: with plastic as the new magic material of the time.

After falling into oblivion for many years, the AJ Roman table clock with alarm is now celebrating a strong comeback with the relaunch of the Arne Jacobsen collection from Rosendahl . Thanks to updated features such as snooze and light sensor, it is both a clock and an efficient alarm clock, although most will probably consider the Roman table clock as a design object. With its graphic black and white color scheme and elegant metal base with an unmistakable inspiration from the Ant and Seven chairs, the table clock from Rosendahl fits anywhere in the modern home: in the bedroom, in the living room, in the kitchen, on the shelf and last but not least in the office, the AJ Roman table clock is the ultimate design gadget for lovers.

The new edition of the AJ Table Clock is made of plastic and scratch-resistant art glass. A motion sensor activates the light on the dial with a hand movement. The snooze function of the AJ Roman Table Clock repeats up to five times at intervals of ten minutes. The Rosendahl clock is battery-operated and requires two AA batteries.

Like the wall clocks and wristwatches from Arne Jacobsen the AJ Roman table clock with alarm is a new design from Rosendahl with respect for the original designs from Arne Jacobsen and without compromising on its high standards of quality and overall concept.