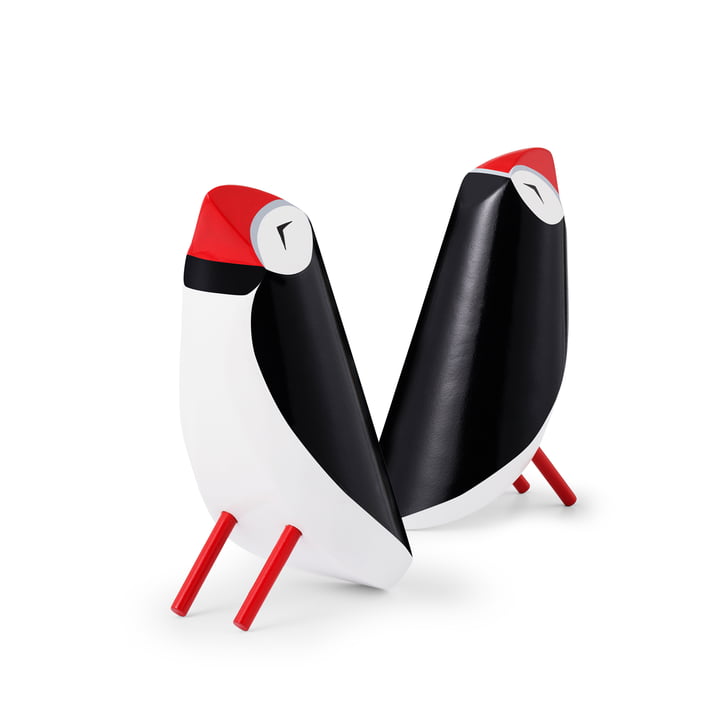 The Puffing Parrot wooden figure by Normann Copenhagen is a design by the Icelandic designer Sigurjón Pálsson, who has already designed the Shorebird for Normann Copenhagen. "The bird world has fascinated me since childhood. I've been watching birds as long as I can remember. So it was clear that sooner or later I would include birds in my designs." says the designer.

It is no coincidence that he has taken on the puffin, because the animals known under the name Clownvögel are also to be discovered in his native Iceland and breed mainly in rock caves. The black-and-white plumage, the triangular, colorful beak and the reddish eye rings make the puffin diver unmistakable, which is why it is also a popular photo motif.

Sigurjón Pálsson makes his Puffin figure out of beech wood and designs it in his typical reduced design. The graphic style makes the figure a special eye-catcher and underlines the signature of the Icelandic artist.