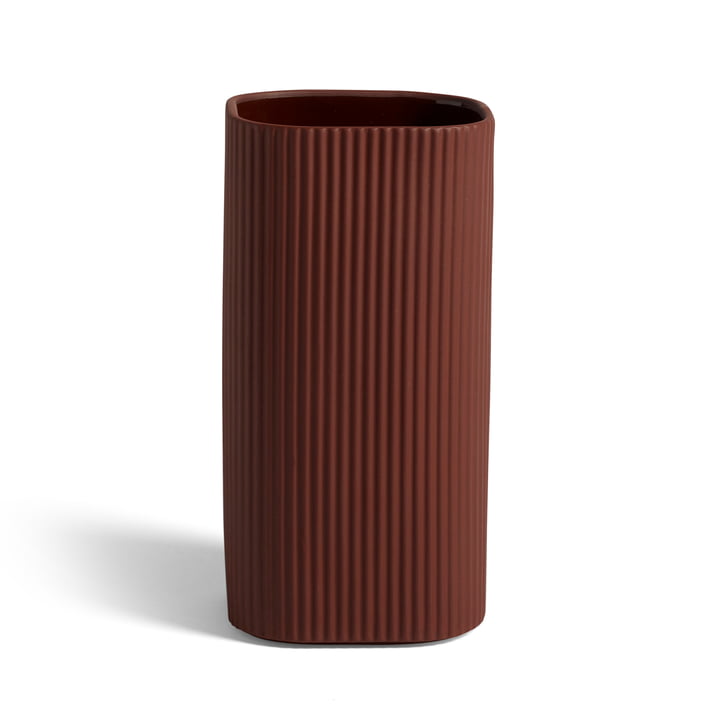 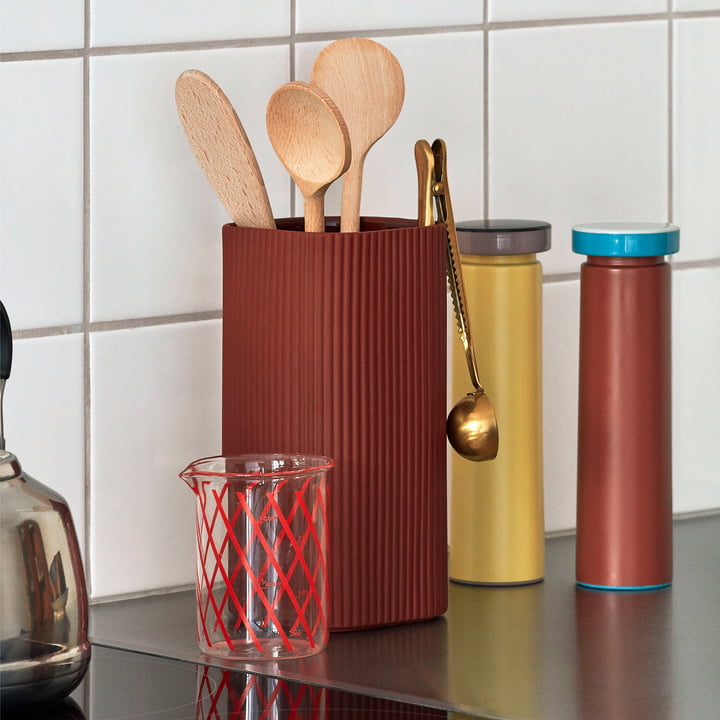 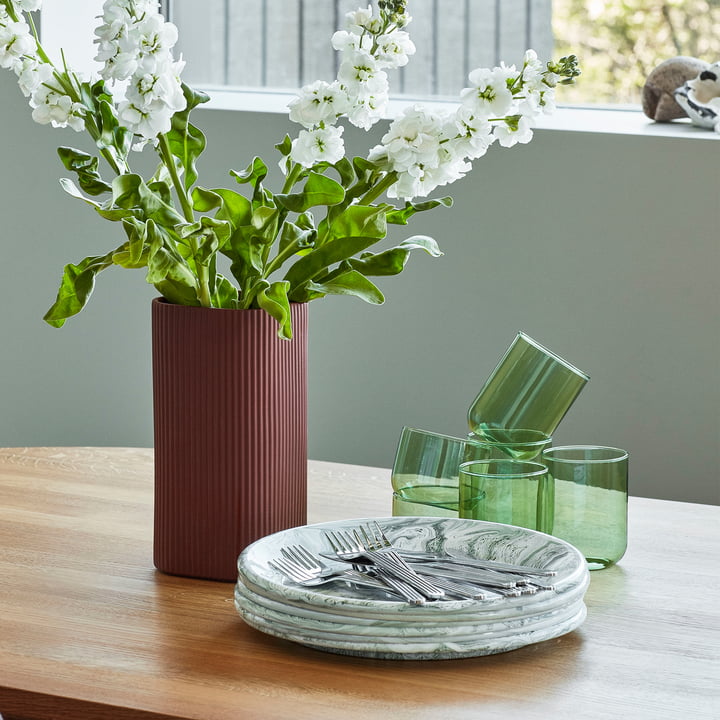 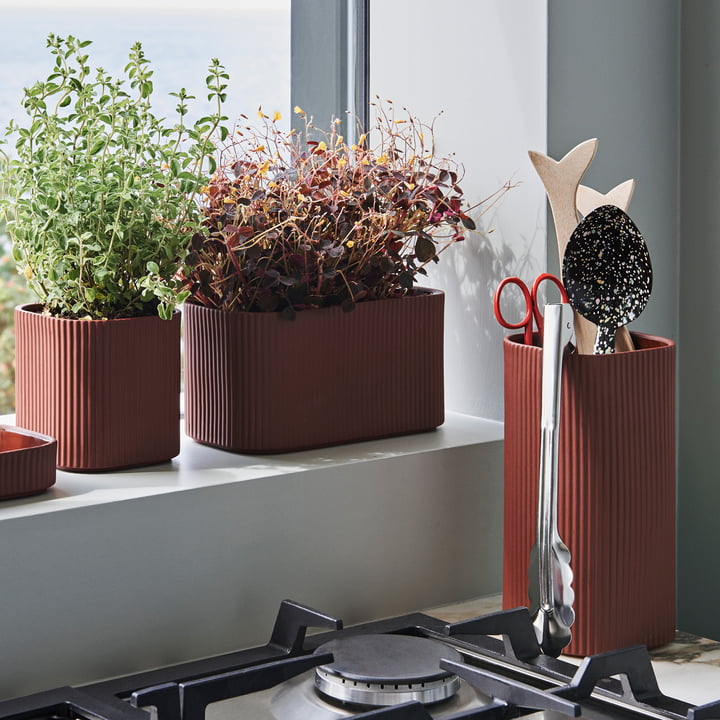 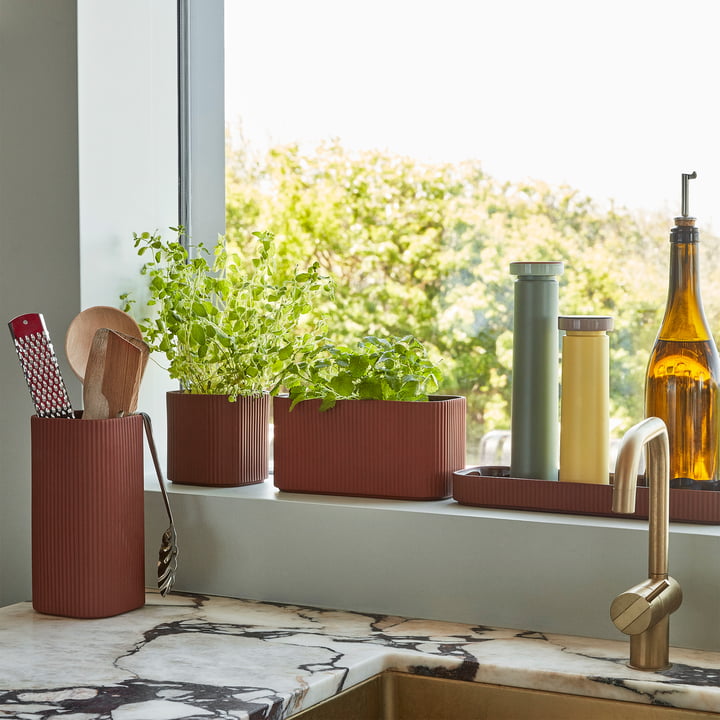 In the Facade Vase by Hay there is space for kitchen herbs as well as personal items and kitchen utensils.
The corrugated and unglazed surface transfers naturalness and timeless design to the room. The vase can be perfectly combined with other pieces of the Facade series. The subtle pieces are multi-talented and eye-catchers at the same time.

Inspired by the award-winning design of theForfatterhuset kindergarten in Copenhagen, the Facade series is a miniature of the house's characteristic terraces. The design of the designers Cobe and KILO stands for natural and healthy growth in many ways.
The Facade series by Hay consists of terracotta and is glazed on the inside.