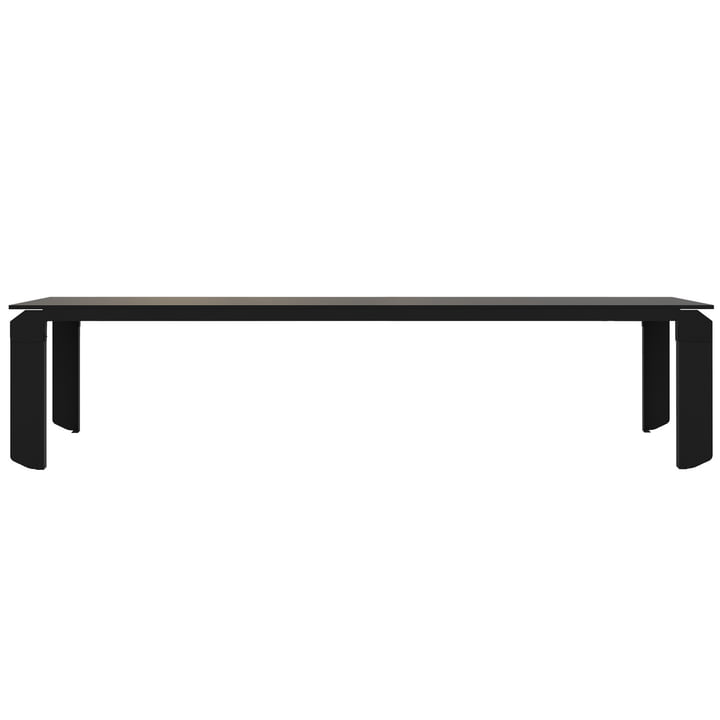 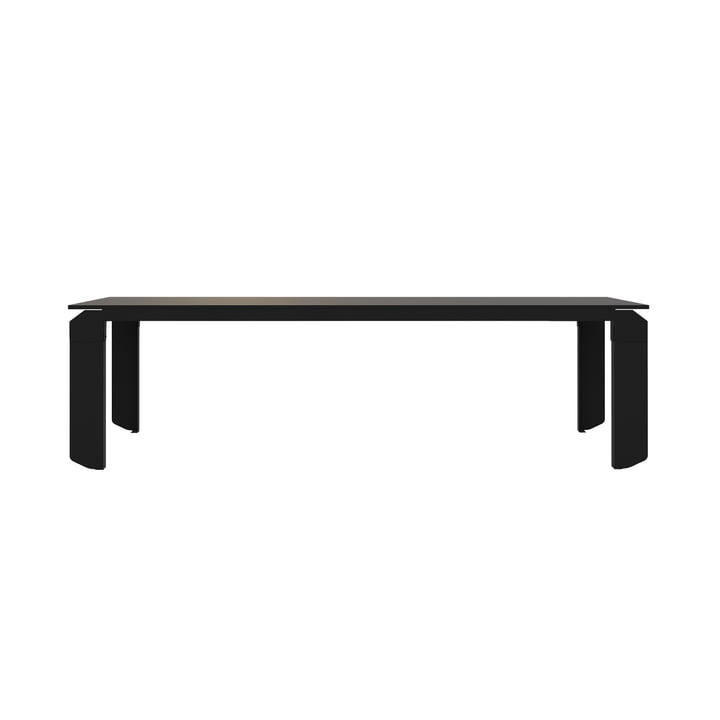 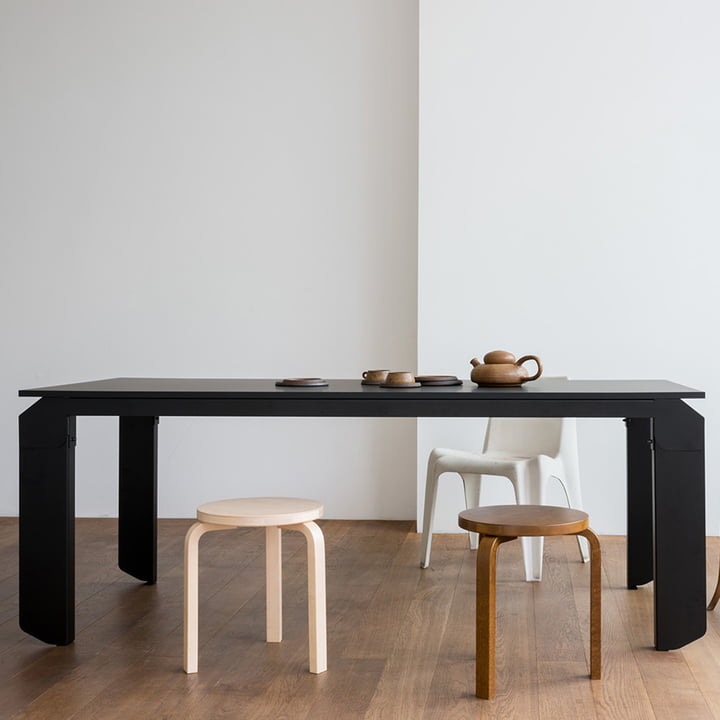 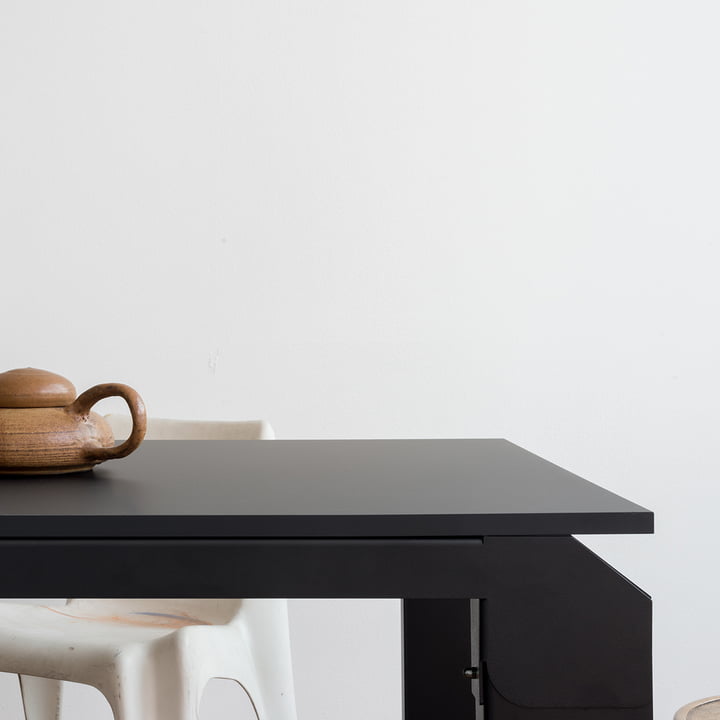 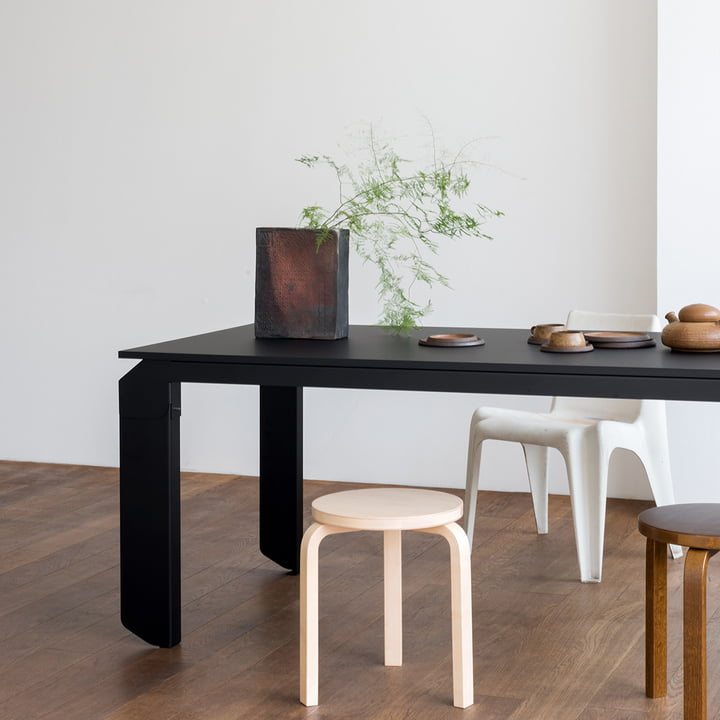 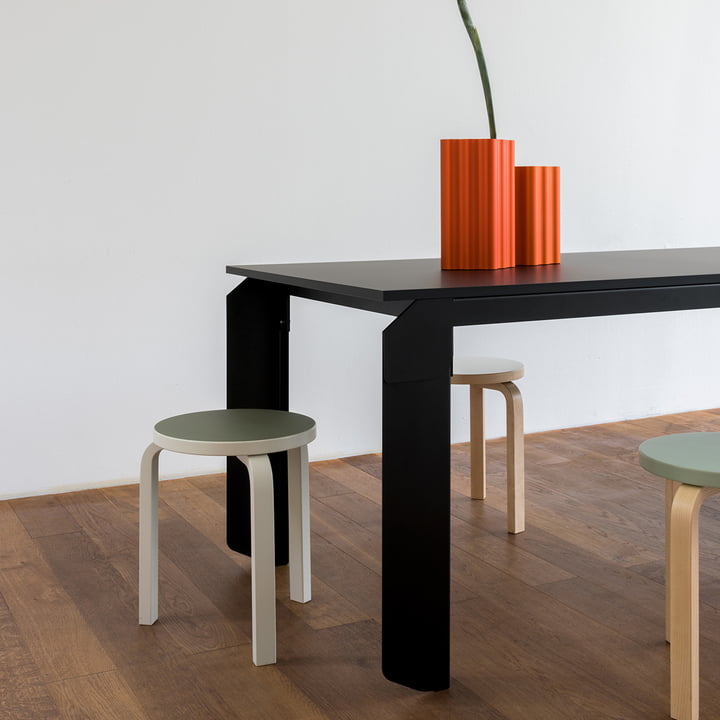 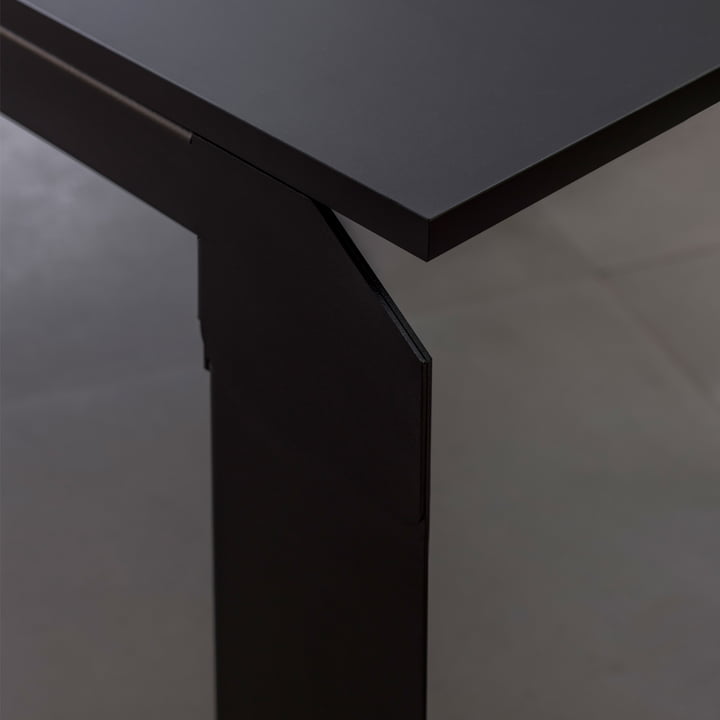 The Novak table by Objekte unserer Tage is characterised by its futuristic design language, which makes it a very special piece of furniture. The elaborately folded legs of the table designed by Anton Rahlwes are characterized by defined, sharp edges as well as a massive shape and seem to have sprung from a dystopian world. As a contrast to this, the tabletop is designed in a simple and unagitated way, thus creating a certain calmness in the overall picture.
Novak moves in the field of tension between harmony and provocation. Despite the extravagant appearance, the design does not impose itself, but sets modern accents especially in minimalist furnished rooms.

Like all products from Objekte unserer Tage , the Novak table is also manufactured in Germany and thus meets the highest design standards. While the legs and frame are made of powder-coated steel, the tabletop is coated with a special HPL Fenix coating that is resistant to scratches, fingerprints and heat.