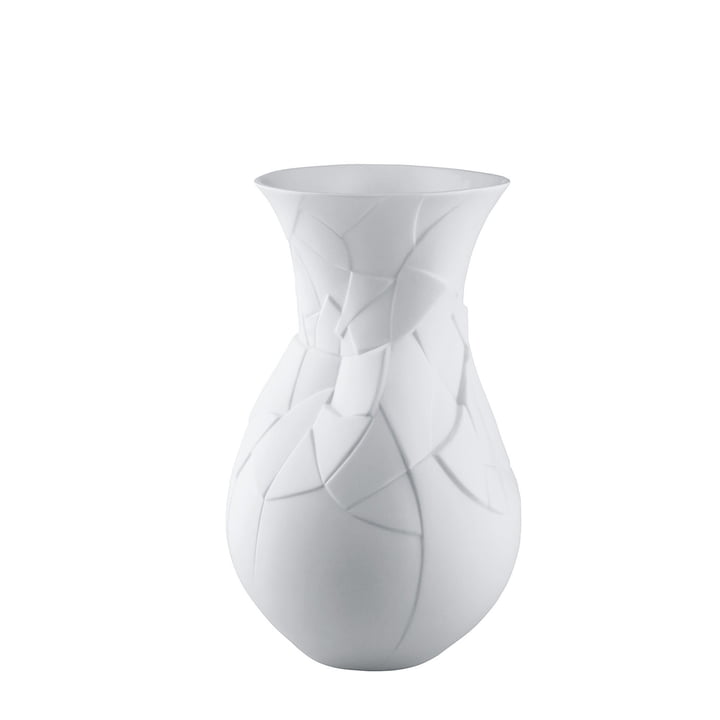 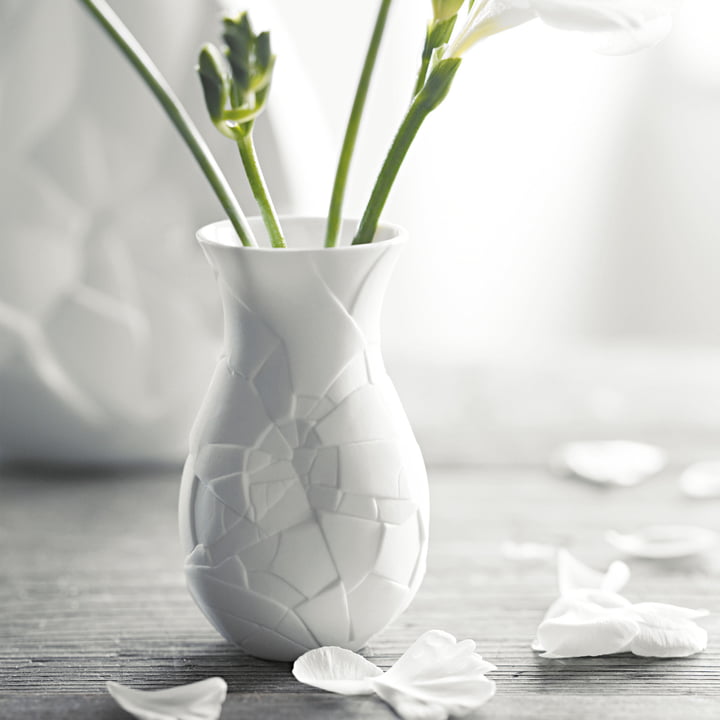 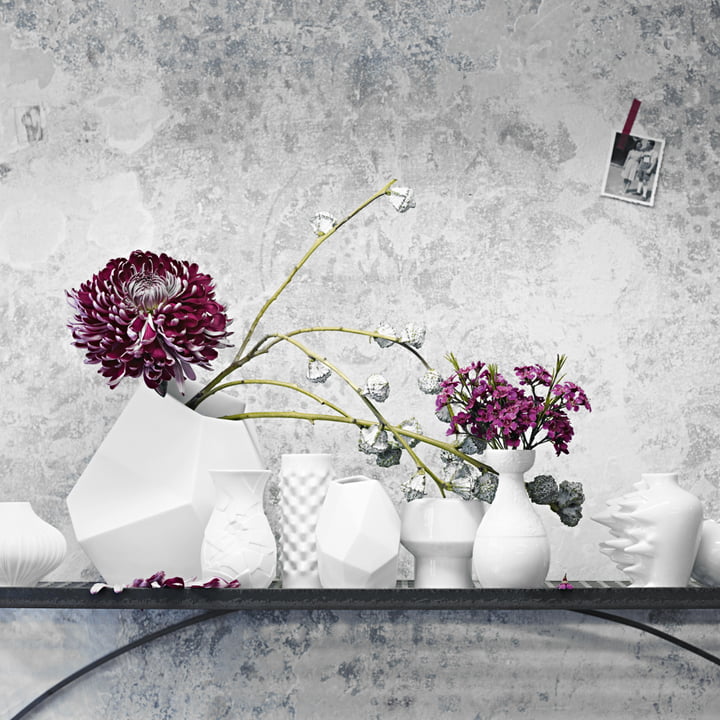 The miniature edition of the Vase of Phases by Rosenthal is identical to the original. Also the small edition looks like it was broken and re-assembled. This was the intention of the designer Dror Benshetrit – he wanted to mark the different phases of the life of a product.

The base of the miniature of the Vase of Phases displays a female formed vase that will then – according to the intention of the artist – enter an experimental phase when it is shattered. It will become more rough then, more attractive and seductive. This changes are made viewable in the enlargements of the blurred tires and smoothened wrinkles on the “shattered” object.

The miniature by Rosenthal thereby receives a new kind of beauty, whose traces are given by the three phases it went through. Also without flowers it acts as an arts and design object. The miniature of the Vase of Phases consists of high quality porcelain and accords to the highest quality demands as well as all the Rosenthal products.