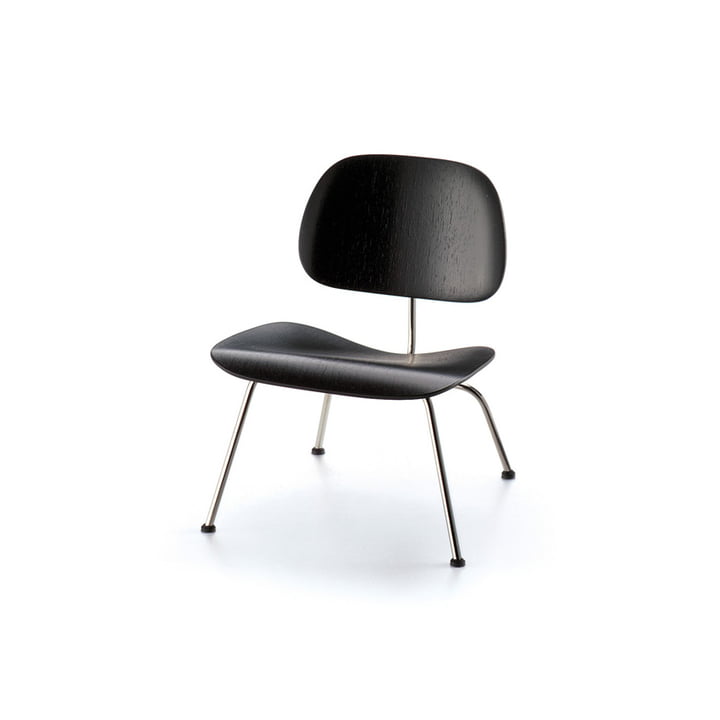 Charles Eames and Eero Saarinen designed a chair in 1940 with a new type of three-dimensional pre-shaped plywood seat for a competition held by the New York Museum of Modern Art. The chair did not go into production owing to a lack of technical know-how. It was very rare back then for plywood to be successfully pressed into a three-dimensional shape. In the years that followed, Charles and Ray Eames concentrated on developing a process that enabled plywood to be shaped as they wanted. The »Plywood Chairs« DCW (Dining Chair Wood), LCW (Lounge Chair Wood) and the versions with metal legs, namely DCM (Dining Chair Metal) and LCM were the result of these years of experimentation. In 1945 Charles and Ray Eames again took up the idea of a seat made of formed plywood without, however, coming up with satisfactory solutions. As a consequence, they rejected the idea of a multifunctional seat and decided to treat seat and back as separate, freely articulated elements that were linked with each other via a backbone – the frame. Each component is therefore reduced to a clearly defined function which it fulfills with a minimum of materials being used. The rubber »shock mounts« glued onto the wood enable the seat and back to be connected to the frame.

The original of the Eames LCM Chair was designed by Charles and Ray Eames in 1945 and it is produced as 1:1 model by the Herman Miller Furniture Company, Zeeland/Michigan/USA as well as the Vitra International AG, Basel/Switzerland since 1957.