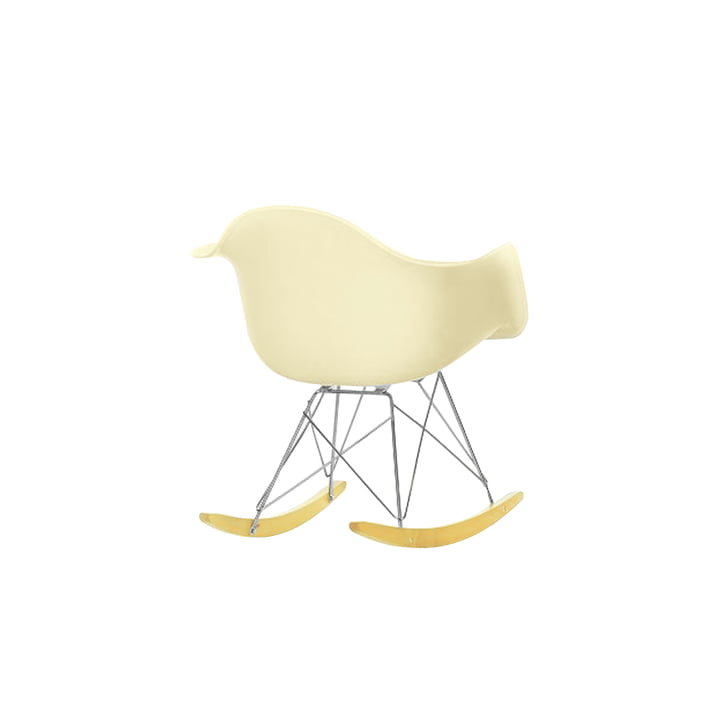 The Fiberglass Chairs are rare examples of a satisfying synthesis of formal and technical innovation. For the first time in the history of design, Charles and Ray Eames utilized the unlimited malleability of plastic for the development of a comfortable seating shell that corresponds to the shape of the human body. The idea of making a three-dimensional molded shell goes back to a design from 1940. The original attempt to make the shell out of plywood was unsuccessful, however, due to the extreme conditions necessary to mold the material. Only with the advent of fiberglass technology was it possible to achieve satisfying results. The first Fiberglass Chair went into production in 1950.

After years of research, Charles and Ray Eames were able to realize their goal: an industrially produced chair that is inexpensive, sturdy, and comfortable. The Fiberglass Chairs come in several versions: with an A-shaped shell (armchair) or S-shaped shell (side chair) and on different bases, one of which is the famous »Eiffel Tower« base. Until 1968, Herman Miller also produced a rocking chair base. Every Herman Miller employee who expected a baby received it as a gift until 1984.

The original of the Eames RAR Rocking Chair was designed by Charles and Ray Eames in 1950 and it is produced as 1:1 model by the Vitra International AG, Basel/Switzerland.

The here offered miniature by Vitra (scale 1:6) consists of a synthetic bowl in off-white and an iron wire coaster “Eifel Tower”.