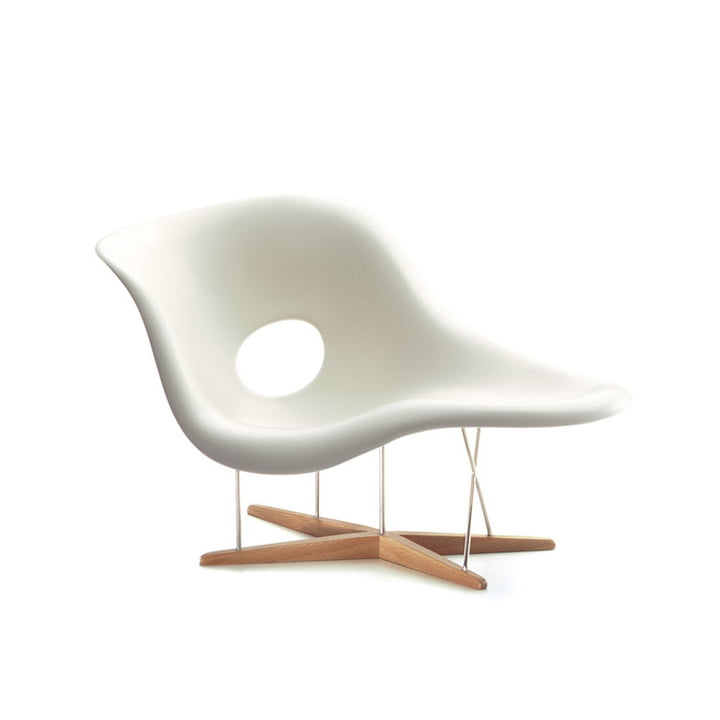 »La Chaise« was created as an entry for the »Low-Cost Furniture Design« competition held by the Museum of Modern Art in New York. »La Chaise« consists of two paper-thin fiberglass shells glued to each other but separated by hard rubber discs; the intervening space was filled with polystyrene foam. Charles and Ray Eames left the plastic shell un-treated. The base is made of five in part angled metal rods inserted into a cross-shaped wooden structure. The space left open between back and seat is not technically necessary, but instead purely a design element. The intention was to emphasize the chair’s light weight visually by perforating the otherwise large volume of the shell.

The original of the La Chaise was designed by Charles and Ray Eames in 1948 and it is produced as 1:1 model by the Vitra International AG, Basel/Switzerland since 1991.

The here offered miniature by Vitra (scale 1:6) consists of fiberglass, an iron rod and lacquered wood.