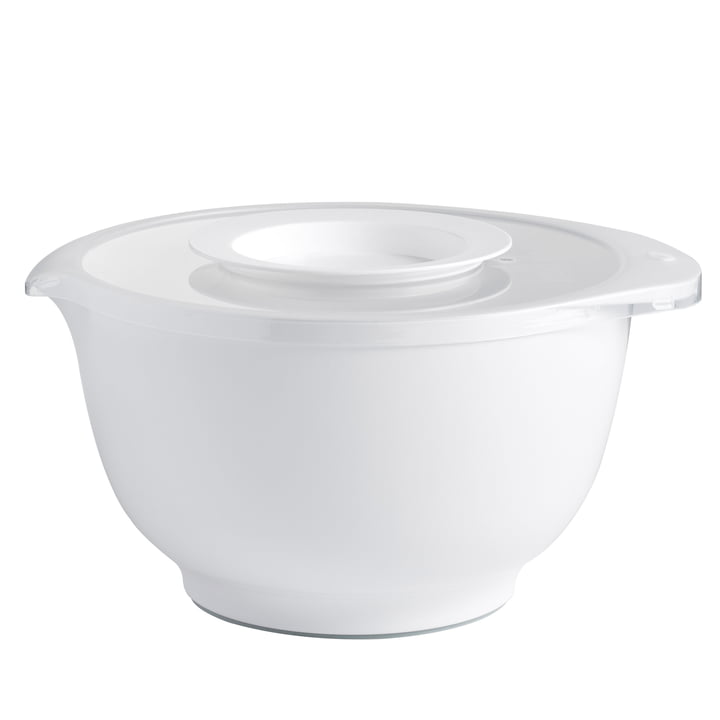 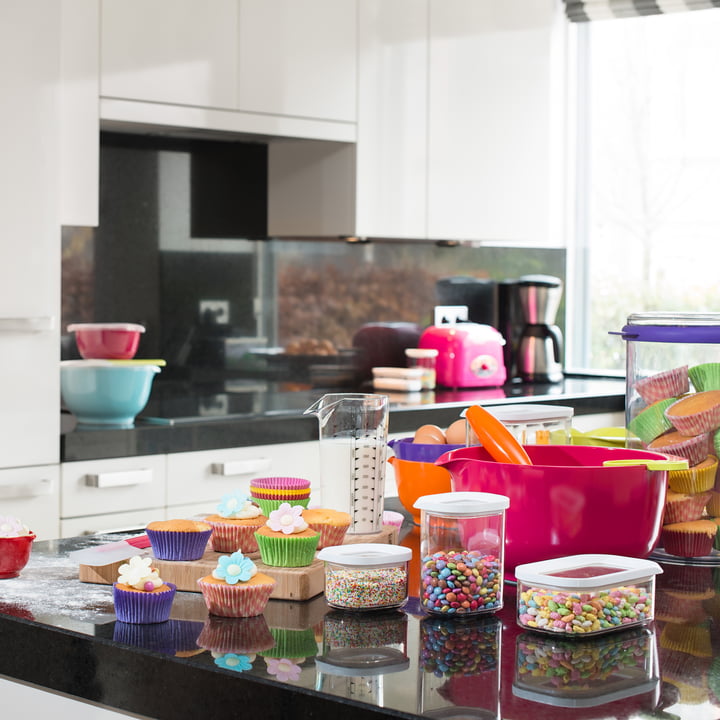 A classic celebrates 60 years of mixing Margrethe bowls. For the anniversary we offer Rosti a set of mixing bowl + splash guard lid, which is both practical and pretty to look at. The design classic owes its worldwide popularity primarily to the Danish designer duo Sigvard Bernadotte and Acton Bjørn, who developed the mixing bowl in the 1950s.

In 1954, the mixing bowl was named after the Danish Queen Margrethe , the niece of Sigvard Bernadotte, and was launched on the international market in three different sizes. The secret of its long success: it Margrethe is not only extremely practical, but also beautiful to look at.

The robust and easy to clean mixing Margrethe bowl is heat-resistant up to 70 degrees Celsius. When working, an anti-skid ring ensures that the mixing bowl remains stable, even when stirring and mixing. In order to always have a good view of the contents in the mixing bowl, this set includes a transparent splash guard lid with a round opening. This opening allows you to work with hand mixers while the lid is on the mixing bowl. In addition to the splash guard, the contents also stay fresh longer, as the opening can be covered with a white cap after mixing. We call that practical!