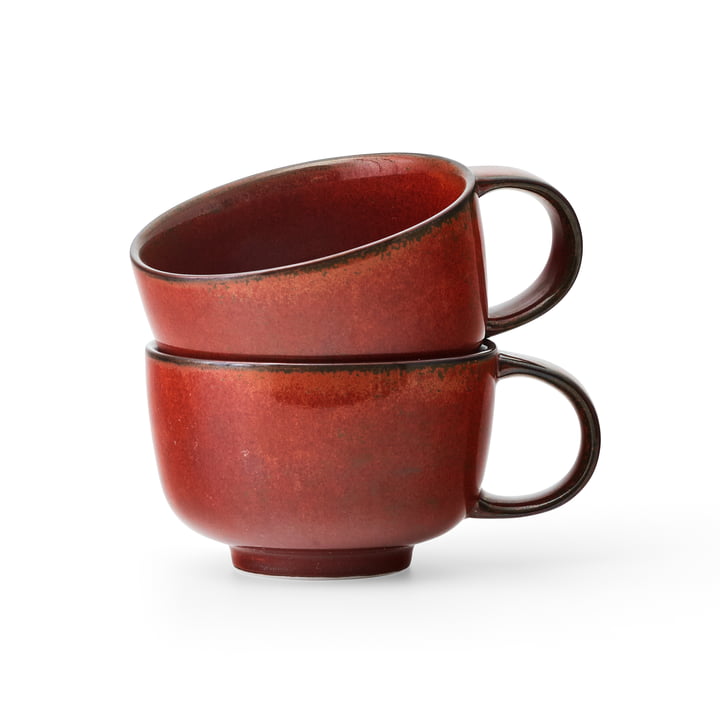 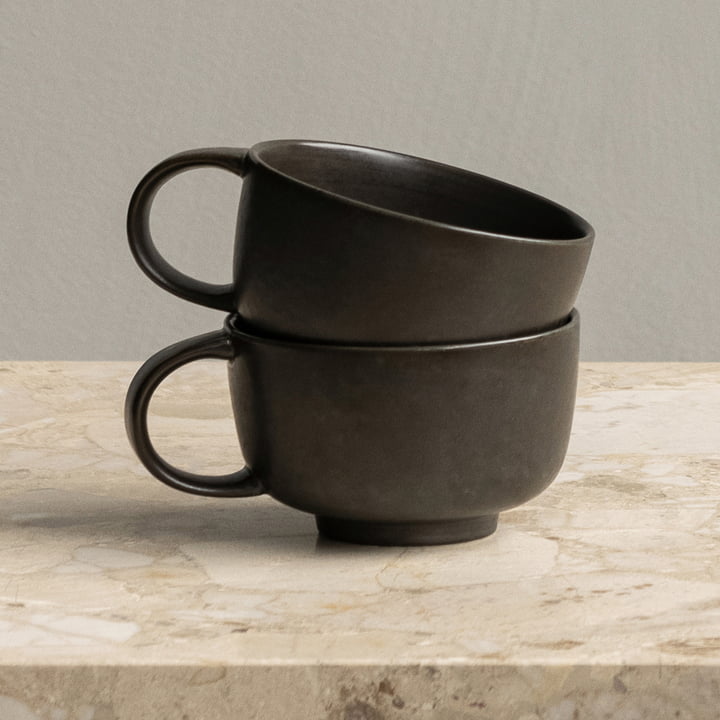 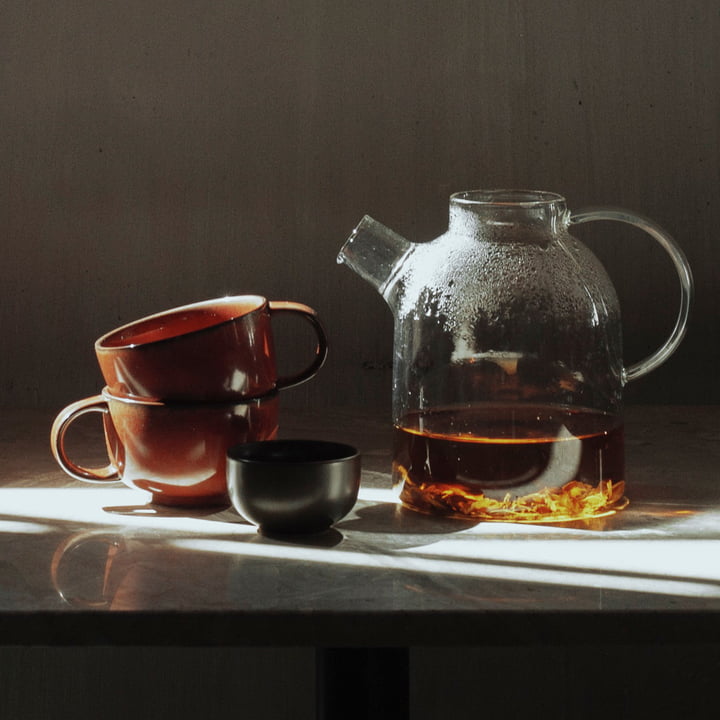 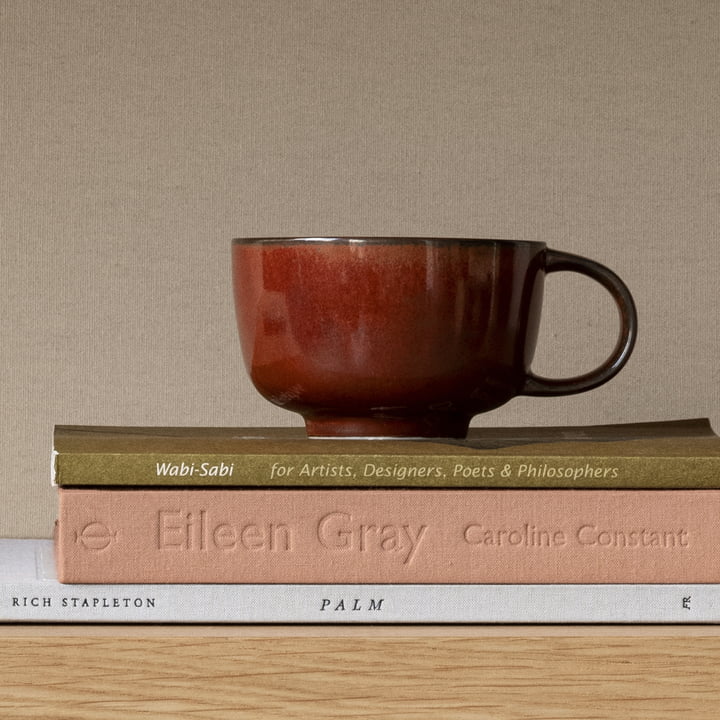 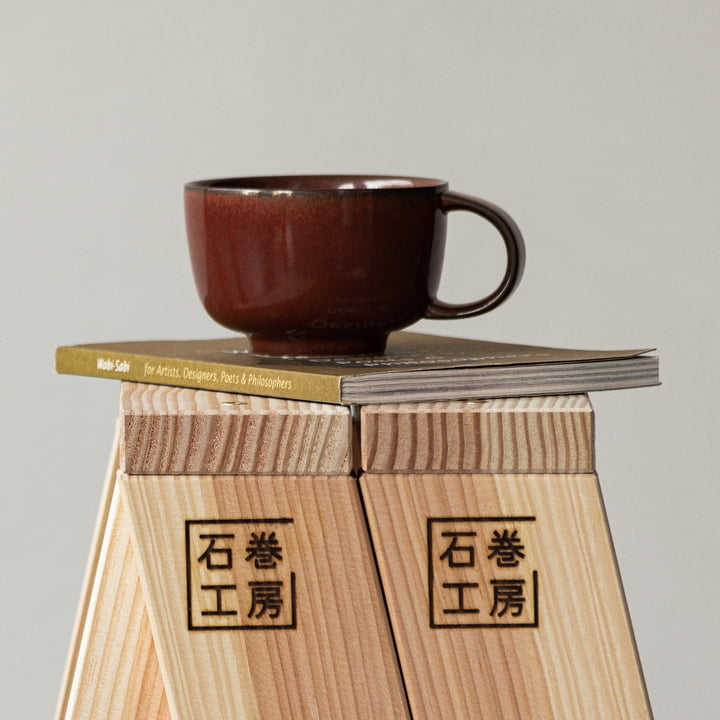 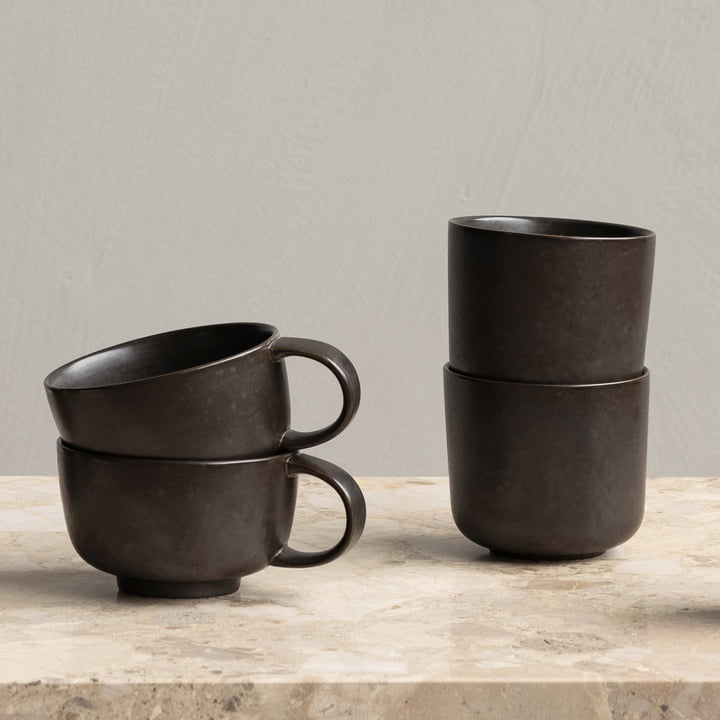 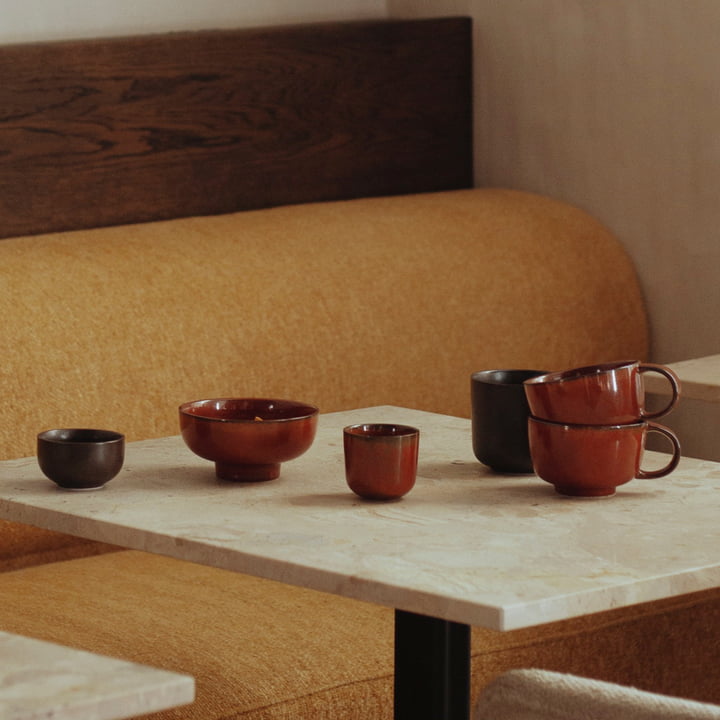 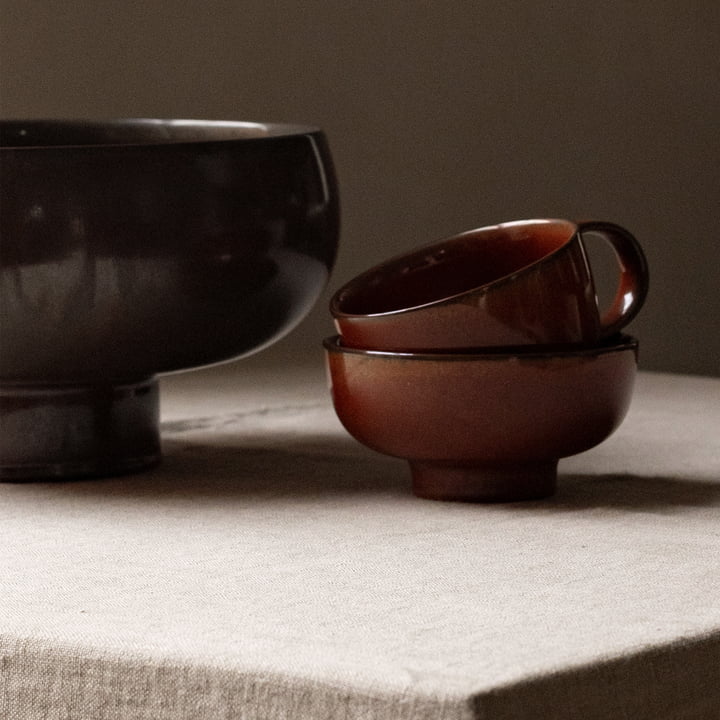 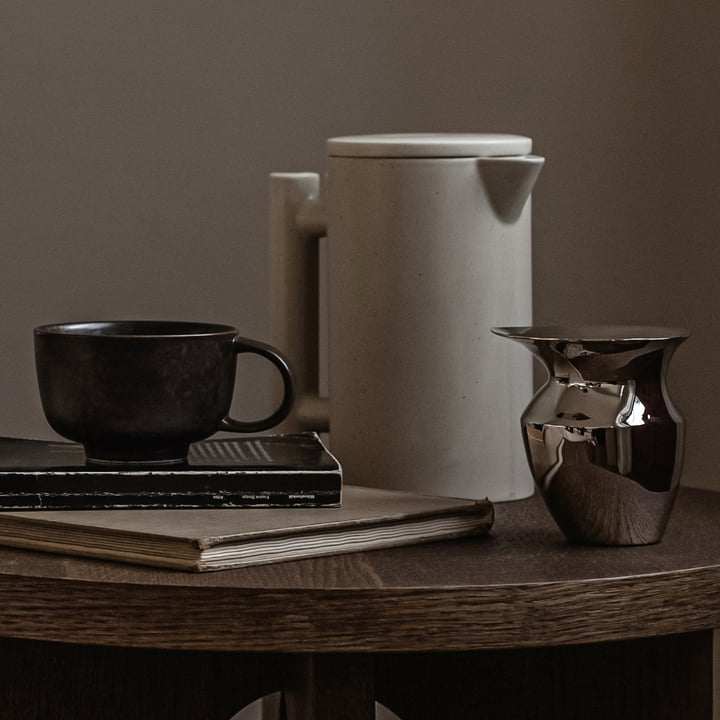 The New Norm cup from MENU turns morning coffee into a design experience! In the individually glazed cups and mugs of the series, hot beverages New Norm series, hot drinks such as coffee, tea and cocoa can be enjoyed with that extra dash of Scandinavian design. As part of the New Norm series, it can be perfectly combined with the other pieces in the collection.
Available in different colours and sizes.

In collaboration with the design restaurant Höst in Copenhagen, the collective from Norm Architects designed the 2011 New Norm tableware series. The puristic tableware is a particularly stylish eye-catcher in the kitchen and on the dining table.
The New Norm plates from Menu combine a pure design with traditional elements. Glazes in different colours are double-fired into the porcelain at 1400 degrees, giving the plates a particularly unique look. Because of the traditional firing process, no two plates are the same.