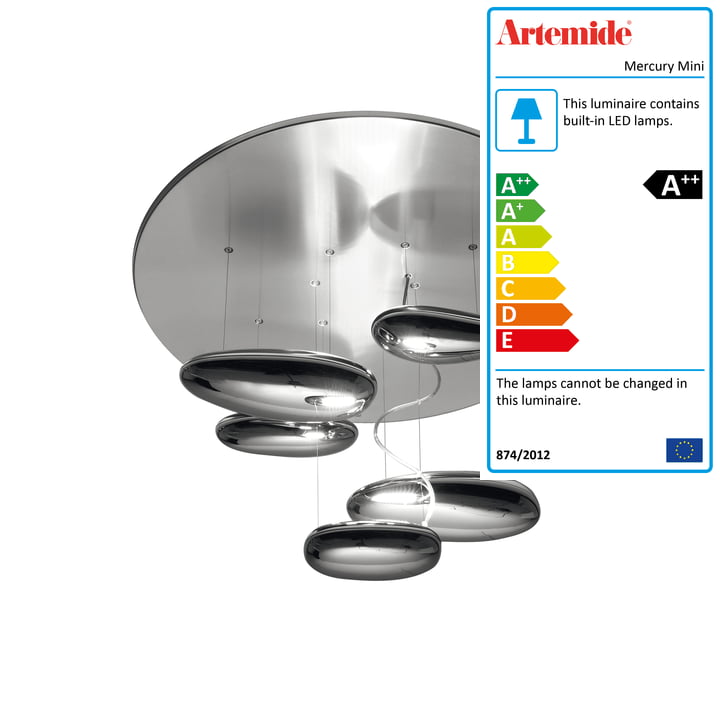 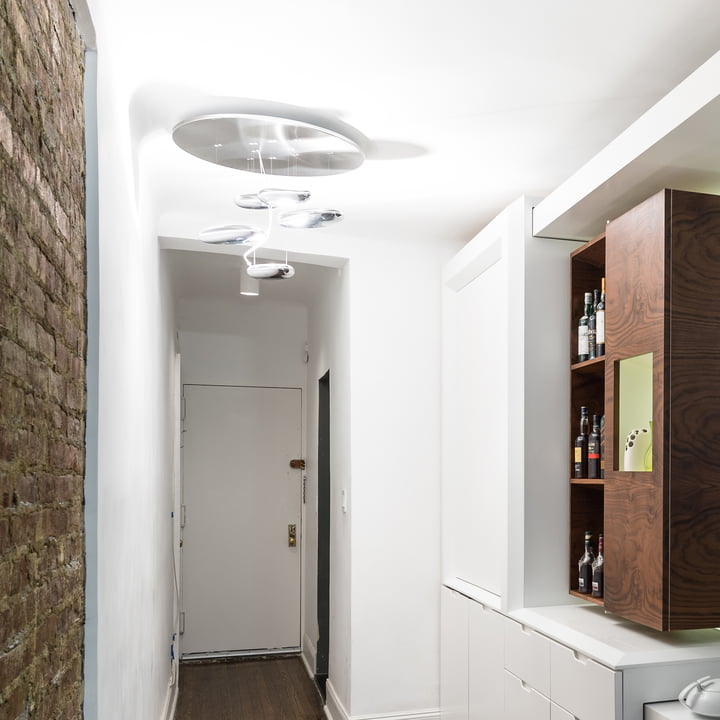 The Mercury LED ceiling light by Artemide stands out with its futuristic design and unusual light construction. The shiny, hanging light stones look like drops of dew. The LED lamps hidden in them cast their warm white light onto the stainless steel plate on the ceiling and thus ensure a pleasant lighting atmosphere in every room. As an optical center, the design luminaire does not only look good in the private living room or dining room, but also in public spaces such as galleries.

The ceiling reflector is made of stainless steel, while the light stones are made of injection-molded thermoplastic and have a metallic surface. The Mercury ceiling light can also be dimmed using a push function.

British designer with a penchant for nature

Mercury was designed by the British Ross Lovegrove, who often depicts the logic and beauty of nature in his work. Lovegrove then combines organic shapes with innovative technology and the right material, so that they appear modern but still harmonious.