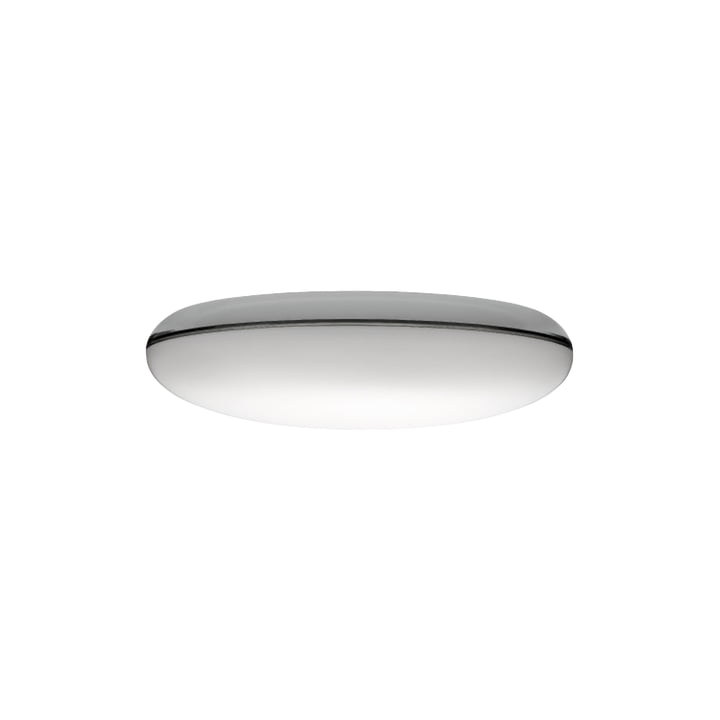 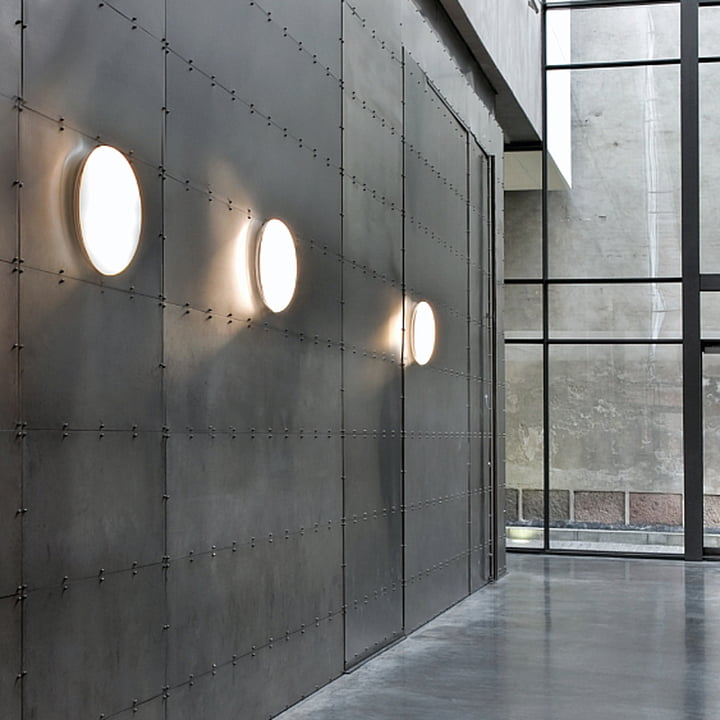 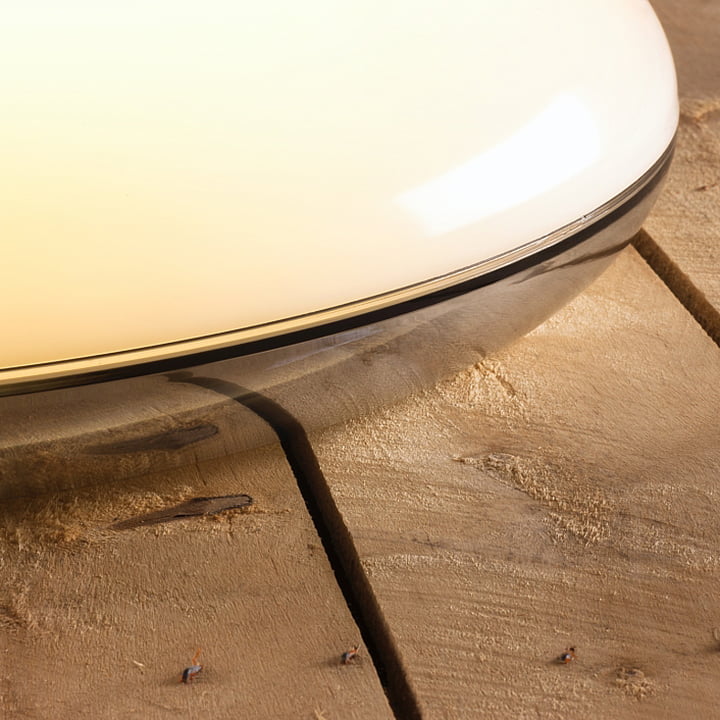 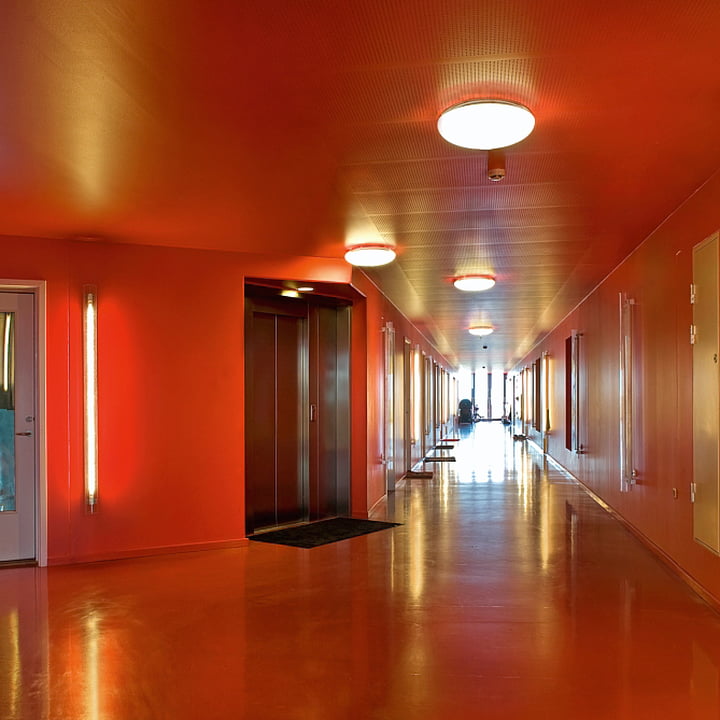 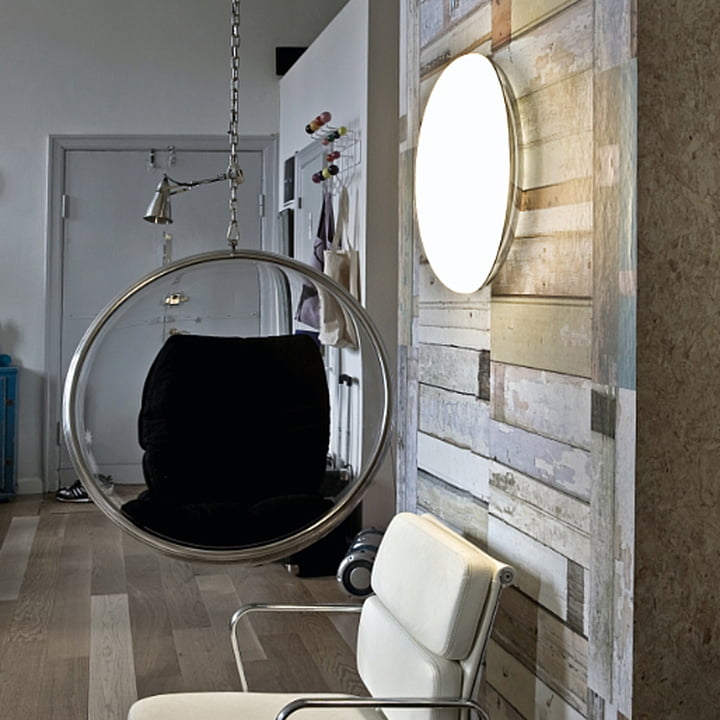 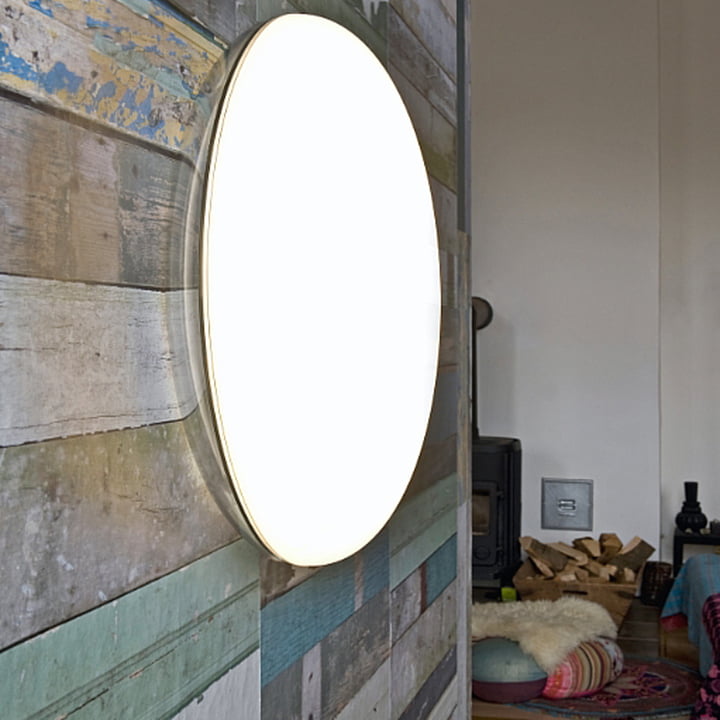 Round Wall and Ceiling Lamp

The KiBiSi designed Silverback is a lamp, which is suitable to be fixed at a wall as well as at the ceiling. Thanks to its opalised PMMA diffuser the LED ceiling lamp emits pleasant downwards directed light.

An additional effect: the semi-translucent, equipped with a aluminium plating top of the Louis Poulsen luminaire gives a colder, metallic upwards directed light, giving the Silverback a second dimension and its name.

When the light is switched off, the metalised top surface is reflected in the mounting, resulting in an interesting light effect during the day.

The wall and ceiling lamp can be operated with a dimmer and comes in different variants.