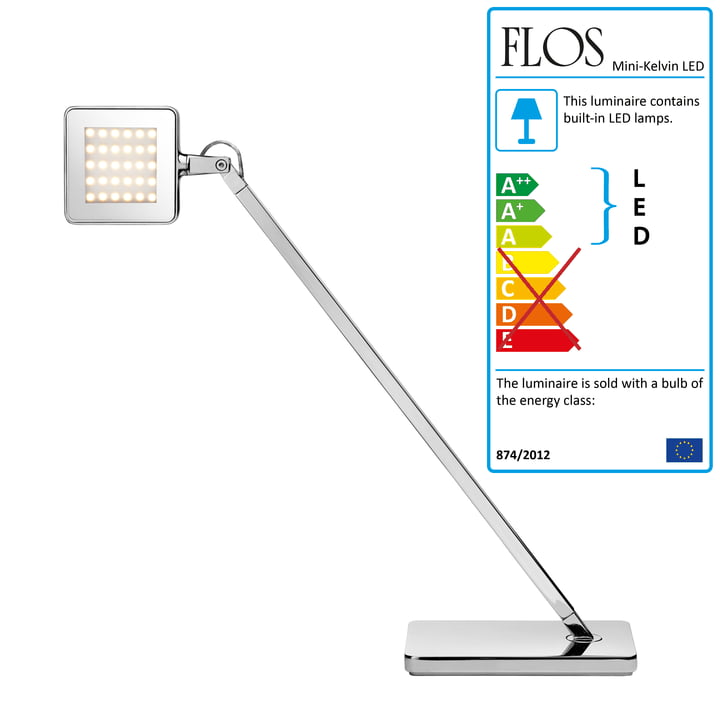 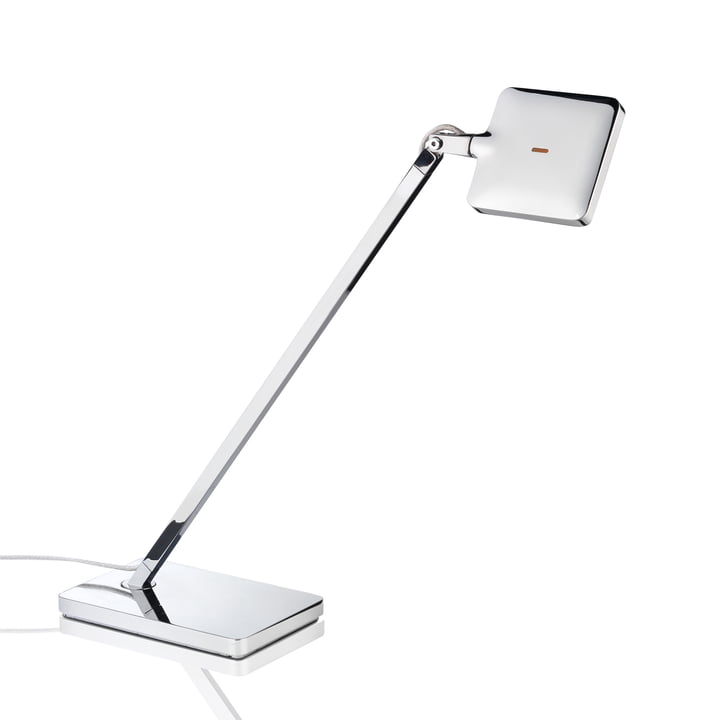 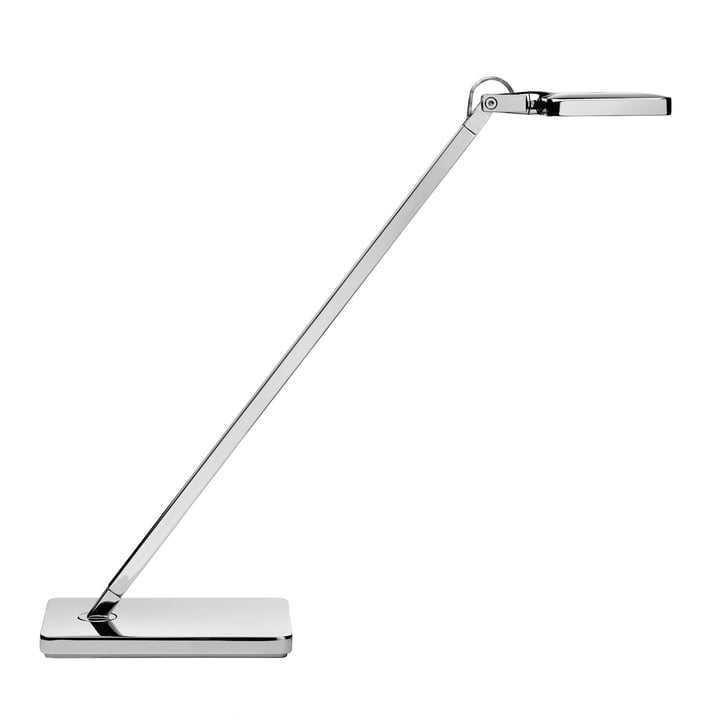 The Mini Kelvin LED is the smaller edition of the iconic Kelvin table lamp by the multiple award-winning designer Antonio Citterio. It is particularly suitable for smaller spaces thanks to its compact shape.

Modern technology meets timeless forms: 30 LEDs create a pleasant working light, which can be dimmed in three steps, while the Mini Kelvin LED table lamp discreetly remains in the background. The head of the working lamp is pivotable, so that the light gets to where it is needed. It is more suitable for smaller tables than its already famous “big sister” as it has a smaller size.

The head of the Mini Kelvin LED consists of die cast aluminium, the diffuser of photo-engraved methacrylate with an aluminium-plated frame. The base is made out of pressure cast Zamak. The ON/OFF-switch is equipped with soft-touch technology and enables the light beam to be adjusted to two intensities (100% - 50% - 0%).