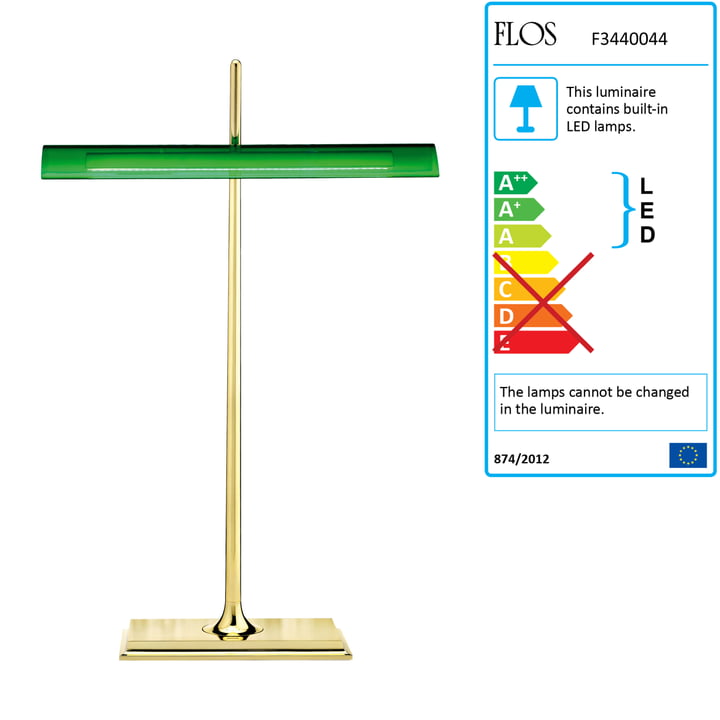 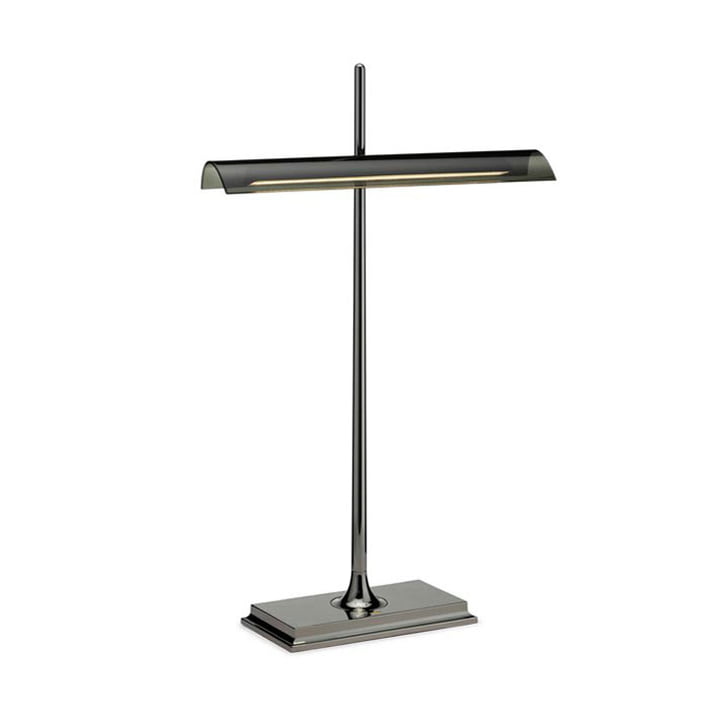 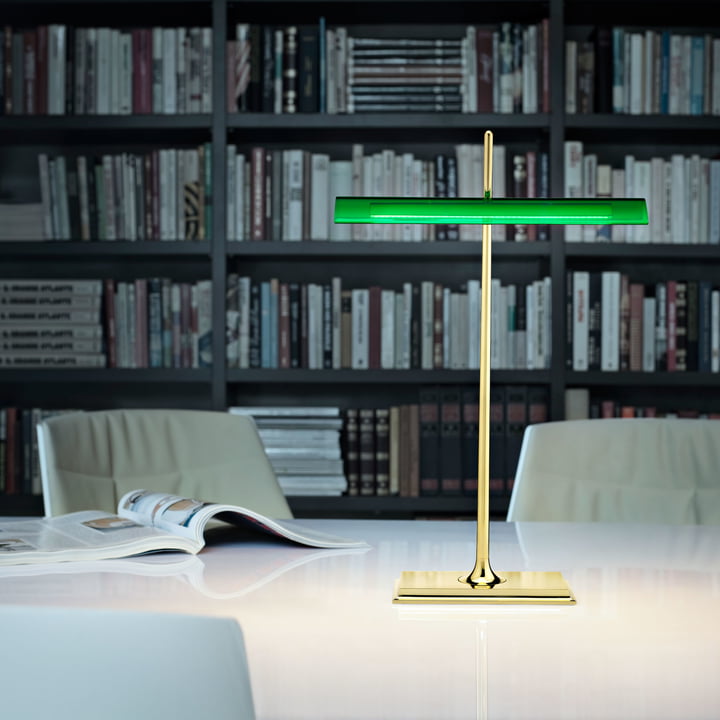 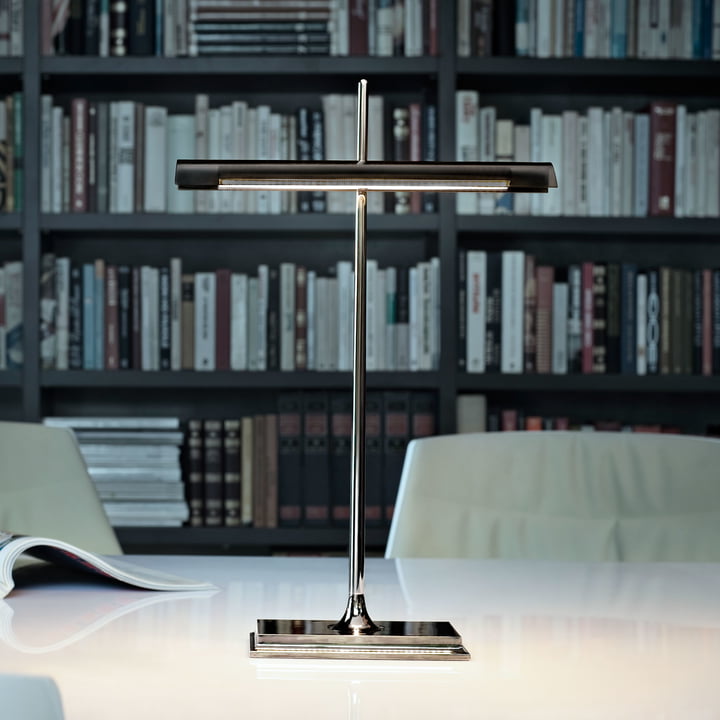 In stock, only 3 in stock
Add to wish list
Description

Almost everyone knows it, the banker's lamp, which has been found in offices around the world almost since the invention of electric light. In fact, the luminaire shape known from countless films dates from the early 20. Century, when it simplified the work of bankers for the first time. After all, they had to look at small numbers all day long and needed a functional and space-saving luminaire that produced good, uniform light.

Based on this long history, designer Ron Gilad named his reinterpretation of the Bänker lamp after a traditional investment bank. The Goldman table lamp by Flos takes up the classic luminaire shape and transfers it to the modern, but still retains central design elements.

Charging function, dimmability and body made of brass

While the exterior of the Flos Goldman table lamp is undoubtedly reminiscent of its role model, the technology inside is ultra-modern: 42 LEDs ensure uniform illumination of the work surface, while the lampshade protects against glare. The light sources themselves are also covered by a diffuser on the underside, so that the direct light also appears soft and glare-free.

The USB port on the back is surprising, with which most electronic devices can be easily charged on the Goldman lamp. The high-tech impression is underlined by the subtle touch switch with which the Flos lamp can also be dimmed. Thanks to these properties and their classic, decorative appearance, the Flos Goldman does not have to hide in the study, of course, but can also set accents in other rooms.

The Goldman table lamp is available with a brass body and green diffuser as well as a Nichkel version with a smoke gray diffuser.