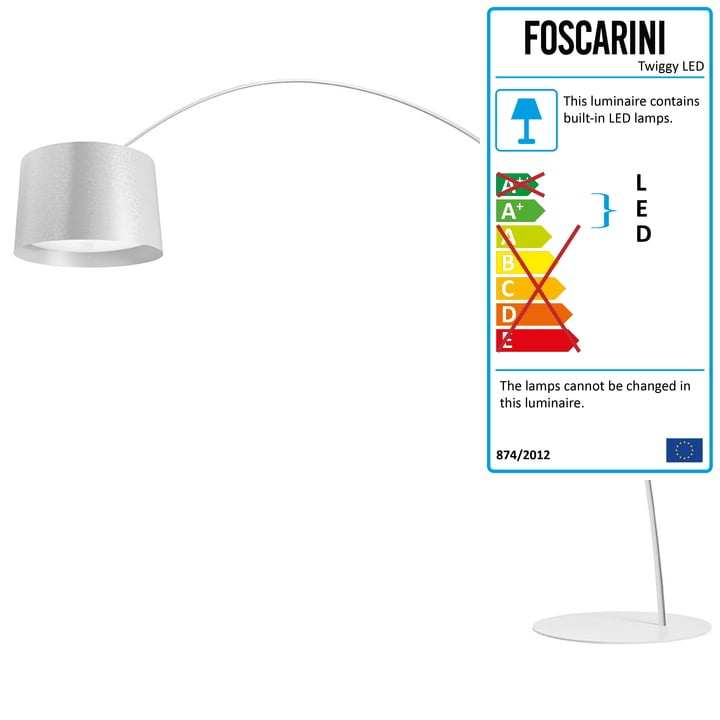 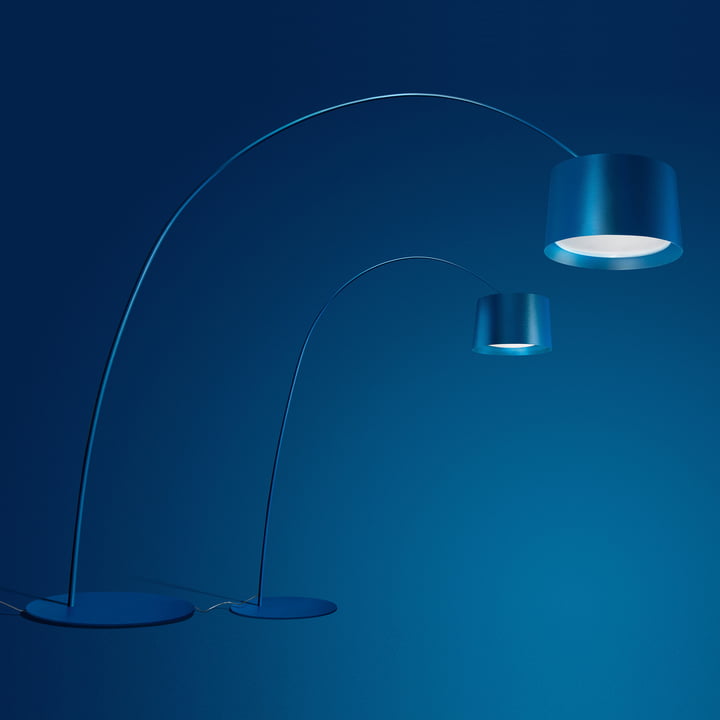 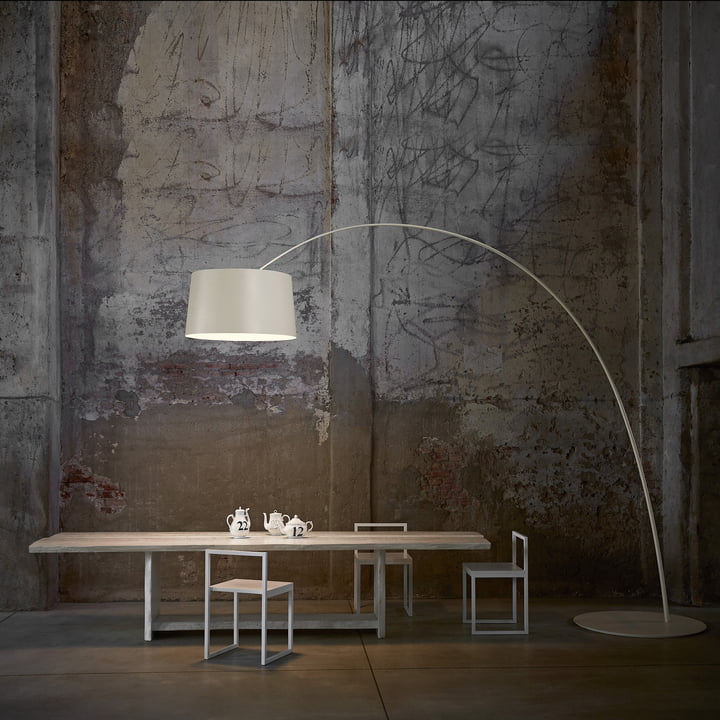 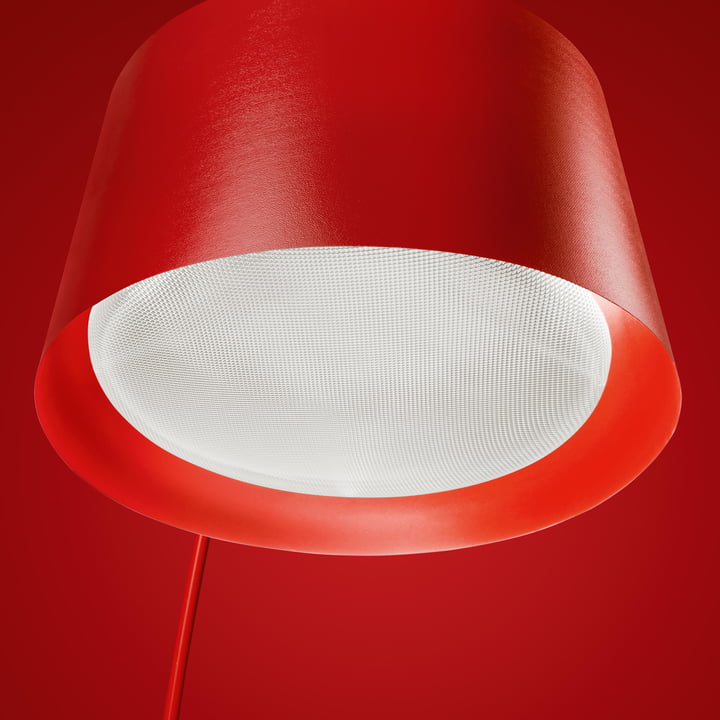 The Twice as Twiggy LED lamp by Foscarini is - as the name suggests - twice as large as the classic Twiggy gooseneck lamp. Its enormous size with a total height of 330 cm and a span width of 390 cm is especially practical in rooms with high ceilings, lofts, or large hallways such as hotel lobbies, where indirect light creates a welcoming atmosphere.

The lamp was designed by Marc Sadler, who placed emphasis on elegance while also wanting to create an unusual light. While the lampshade is characterized by its voluminous, but straight-lined appearance, the bow is particularly delicate and captivating with its curved silhouette.

Arranged next to the armchair or the coffee table, the Twice as Twiggy lamp with its LED lightbulbs is a real highlight. The light is uniformly emitted downwards as well as reflected onto the ceiling. Using an integrated dimmer, the brightness can also be adjusted.

The Twice as Twiggy LED is available in various colours and features build-in LED bulbs. Counterweights to adjust the height of the diffuser are also included. 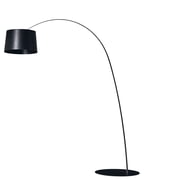 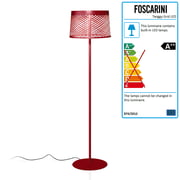 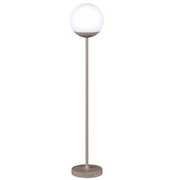