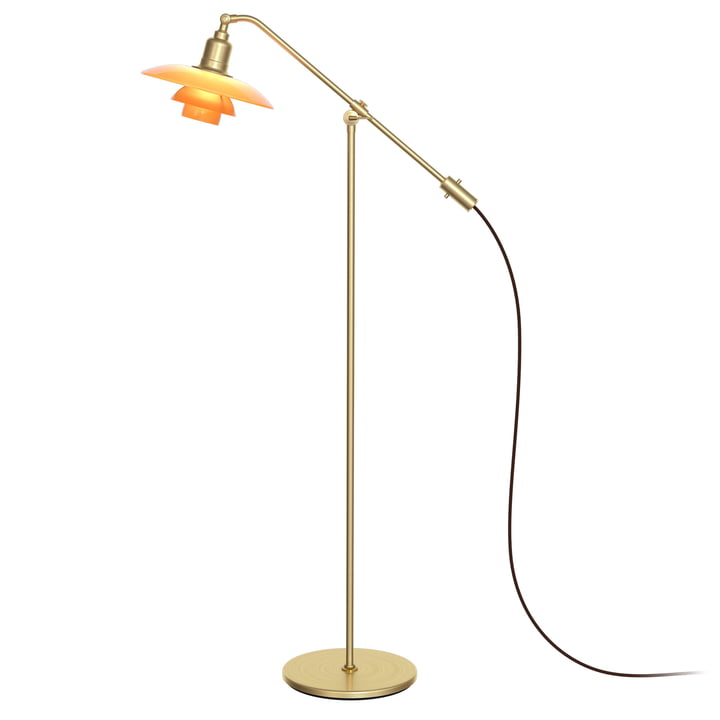 The first three-shade luminaires were designed by Poul Henningsen back in 1926 and are now regarded as true design classics among luminaires. His designs included the PH 3/2 floor lamp designed in 1957, which was often referred to as "The Waterpump" due to its unmistakable design. More than 60 years later it is time for a reintroduction. To this day, the luminaire has lost nothing of its charm and continues to impress with its glare-free three-shade system.

The shade of the lamp is made of glass, which is mouth-blown in the traditional way near Venice. The amber-coloured glass provides a pleasantly warm light that creates cosiness in the room. The base of the luminaire is made of brushed aluminium and sets shiny accents. The material darkens over time, but can regain its original colour by polishing. Thanks to the swivelling arm, the luminaire can be adjusted as needed, so that it emits light exactly where it is needed. So the PH 3/2 floor lamp is perfect as a reading lamp next to the armchair or sofa.

The Limited Edition of Louis Poulsen is available between 1. October and 3 1. December 201. 9. 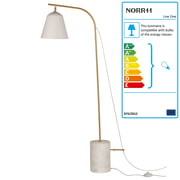 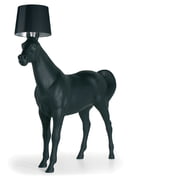