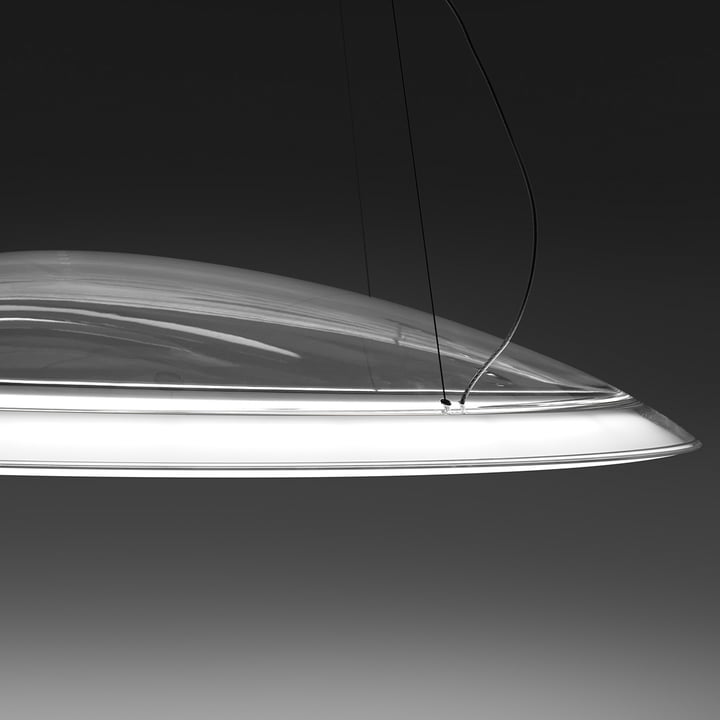 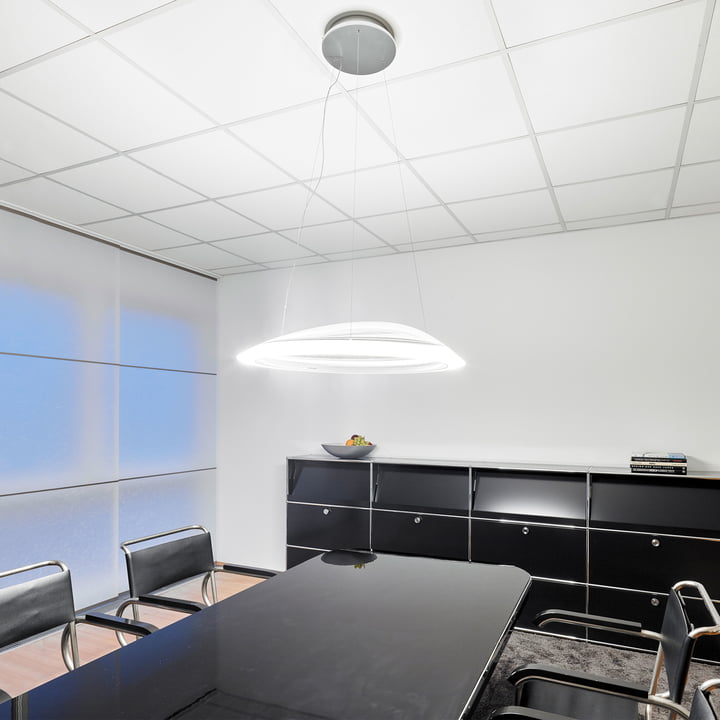 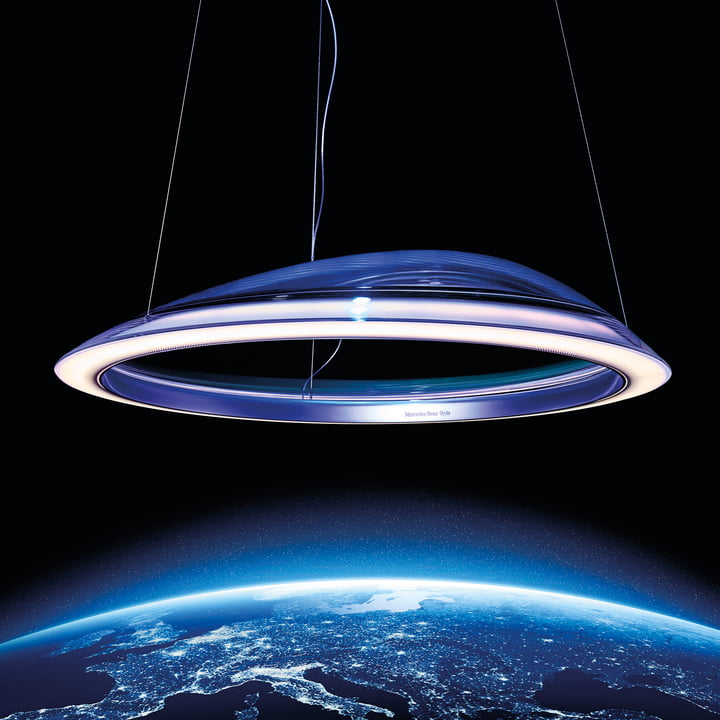 The Ameluna LED pendant luminaire by Artemide was developed in cooperation with Mercedes-Benz and fascinates with its play of light, transparency and color. The flowing shapes of the lamp appear simple at first, but unfold their full effect when switched on: Multi-layered, warm-white light emits 288 LEDs on the lower edge of the lamp onto a multitude of diffusers and reflectors. In this way, Ameluna shines its light partly directly downwards and partly into the shade itself, which is made to glow magically. This mood is reinforced by the asymmetrical shape of the dome, which was modeled on the classic Mercedes-Benz style.

The sonorous name Ameluna is made up of "A" for Artemide, "M" for Mercedes-Benz and "Luna" for the Italian word for moon. Because like the moon, Ameluna's umbrella also lights up by itself, and in reality because the LED ring transmits its light to it.

Thanks to its transparent material, the luminaire not only fits well in the living room or dining room, but also in public spaces such as galleries and offices.

The pendant lamp is made of thermoplastic acrylic glass and plastic and can be controlled via the Artemide app. 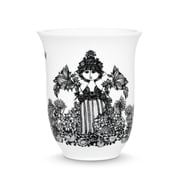 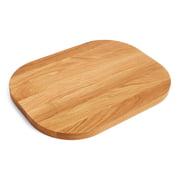 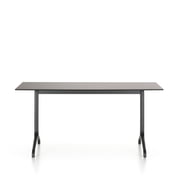 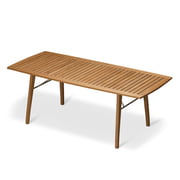