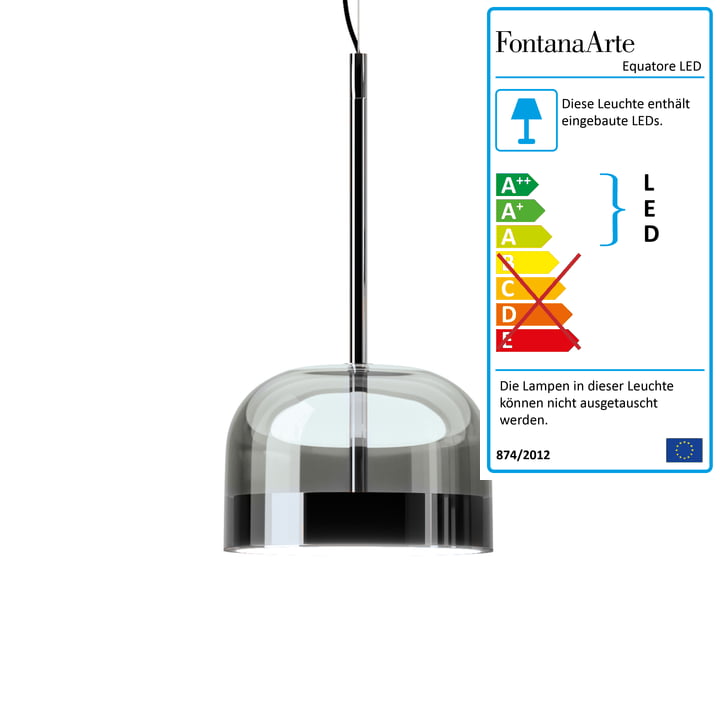 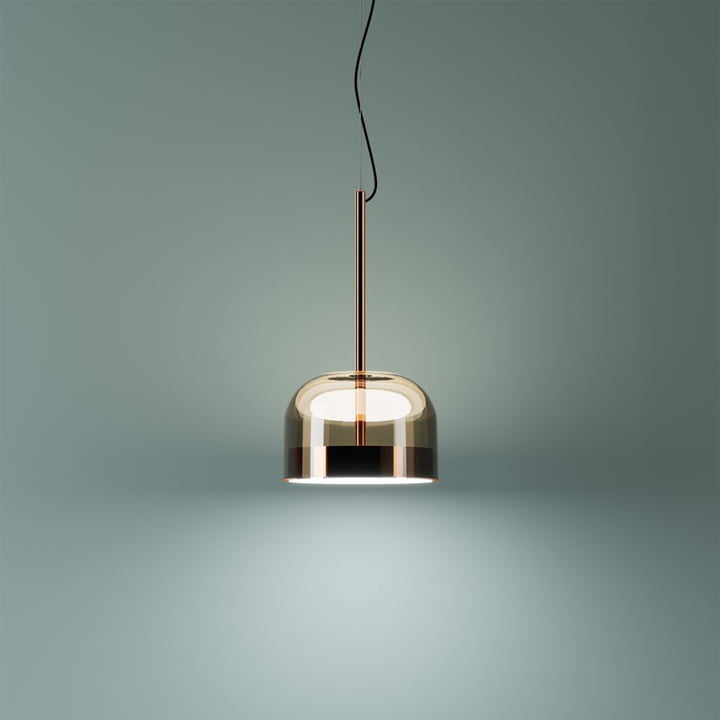 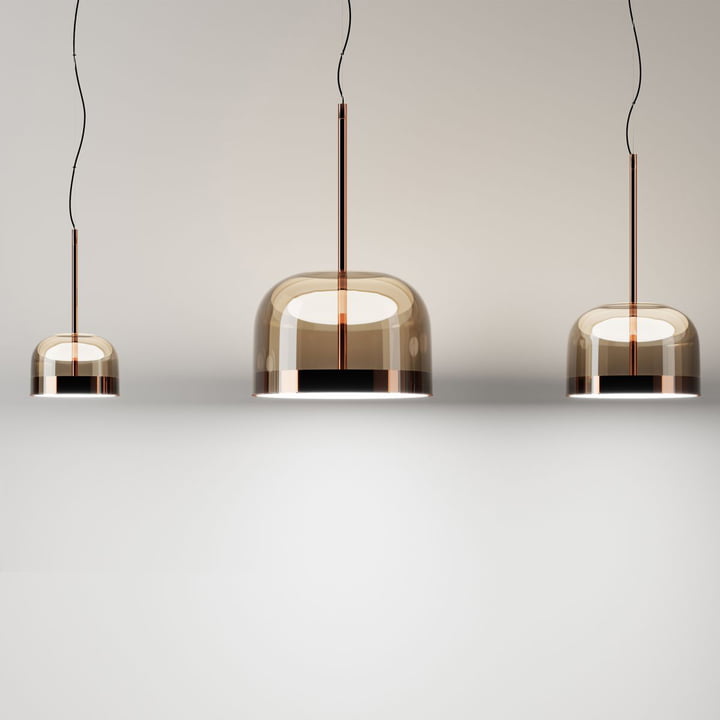 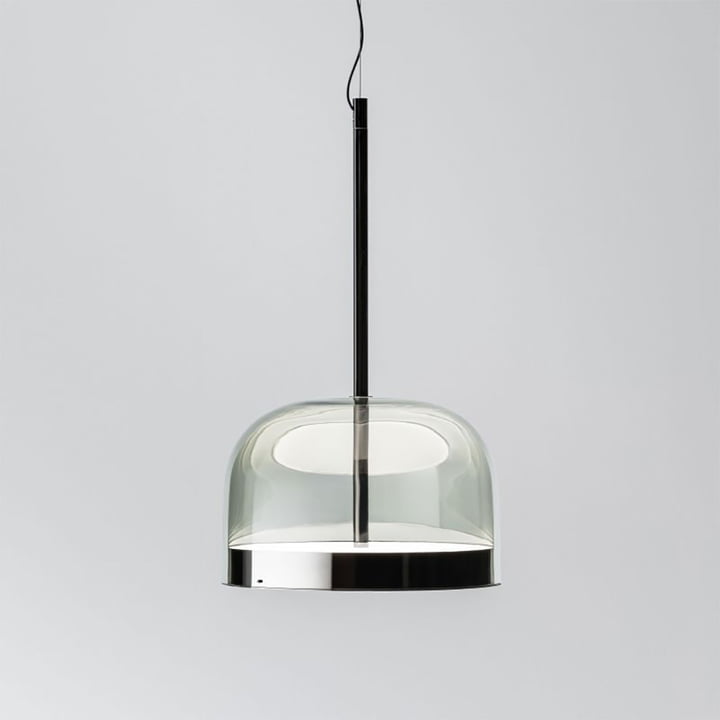 Modern pendant luminaire made of glass

The Equatore LED pendant luminaire from FontanaArte is a modern yet timeless reinterpretation of classic glass luminaires. Designer Gabriele & Oscar Buratti wanted to create a glass luminaire that would surprise the observer. While in traditional luminaires the light source is located in the diffuser, in the Equatore LED pendant luminaire you will find nothing where the diffuser should be paradoxically. Two surrounding light sources are located behind a horizontal metal strip at the lower end of the lampshade. Reminiscent of the equator, this was also the inspiration for the name of the series.

Thanks to the latest LED technology, the light is distributed evenly throughout the room. The lower LED element produces downward directed light and the upper element decoratively illuminates the glass screen. As a light above the dining table, the Equatore is a real eye-catcher both alone and in groups.

The pendant luminaire is available in various diameters and colours and is complemented by table and floor luminaires. 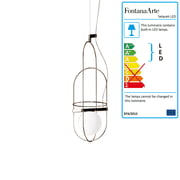 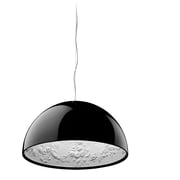