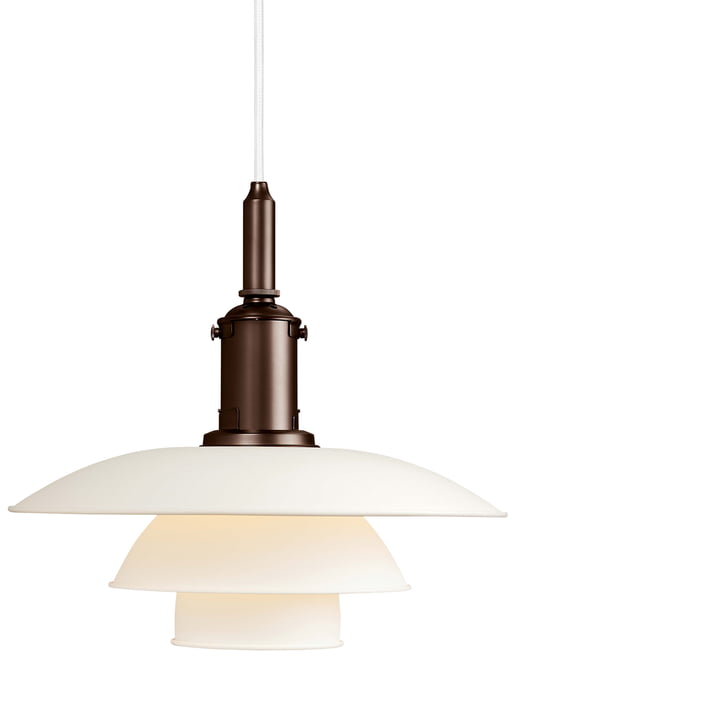 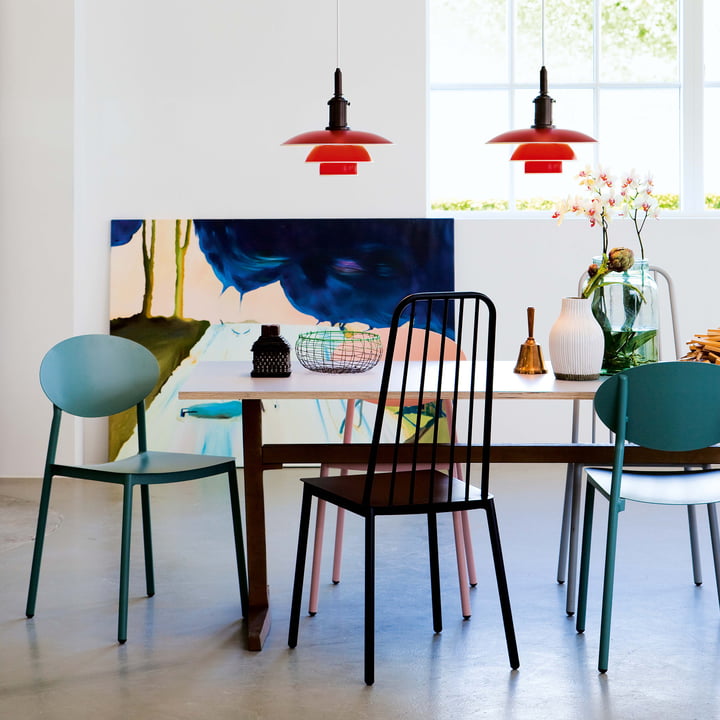 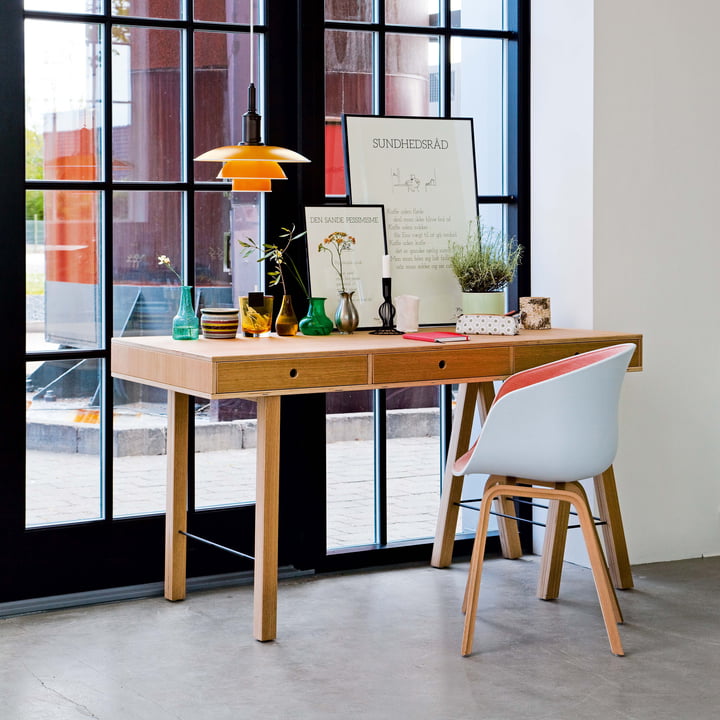 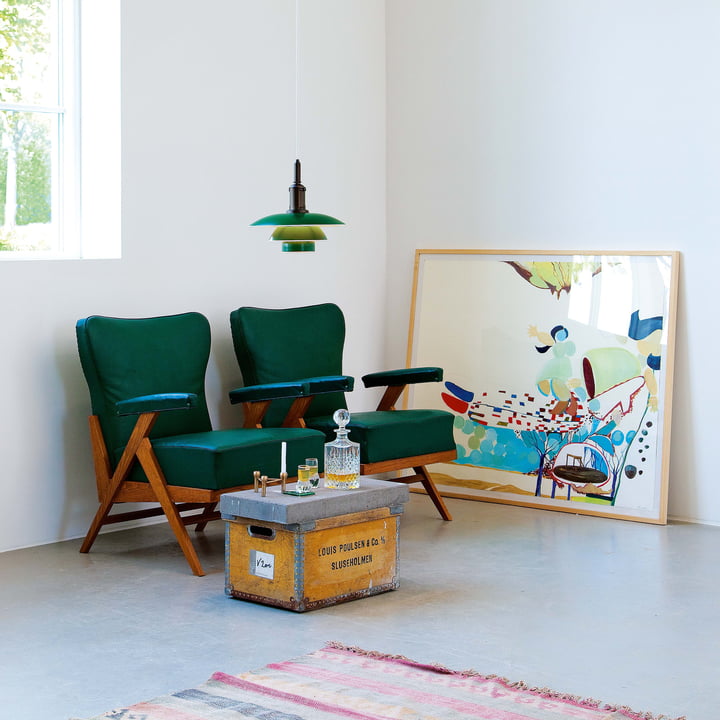 The PH 3½-3 Pendant luminaire was developed after Poul Henningsen's original drawings from the late 1920s - early 1930s, based on his well-known 3-shade system.

The lamp was designed with metal shades in different colours. All colours have their origin in Poul Henningsen's colour universe, and like the person himself, the lamps are colourful! As an additional detail, all shades have a rolled, white lacquered edge, which further emphasises the well-known profile of the 3-shade lamp. Thus an appealing optical symmetry is achieved.

The umbrellas are installed in Louis Poulsen s factory in Vejen. A procedure that was initiated by Louis Poulsen s own craftsmen. It is also a craft that only a few have mastered. Even though the design has been around for more than 80 years, the luminaire is as modern as it is classic, making it suitable for a wide range of furnishing solutions. It is considered a charming, rustic, functional and modest luminaire. The PH 3½-3 Pendant luminaire is a piece of Danish design history in the field of lighting. With its glare-free light emission and symmetrical light distribution, it provides pleasantly functional, decorative light. In addition, the design icon enhances any interior by its mere presence, both switched on and off.