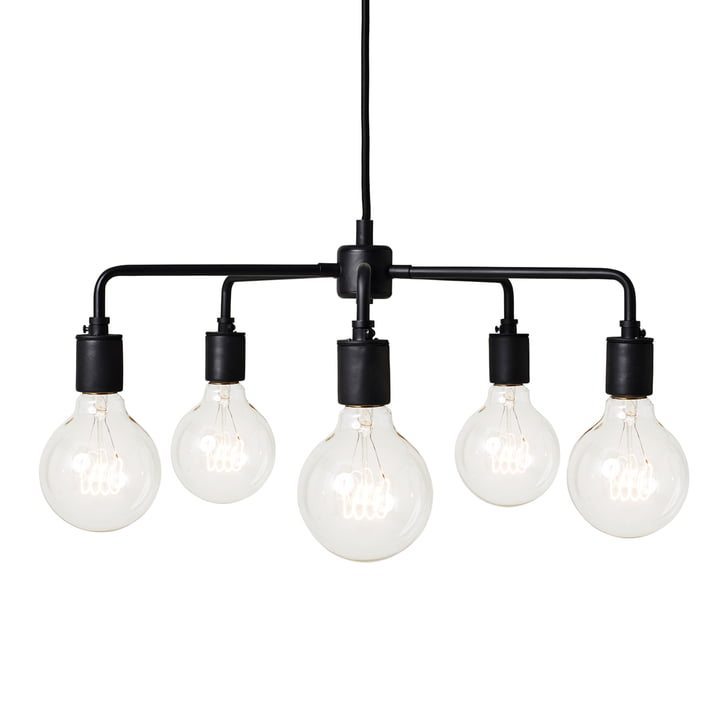 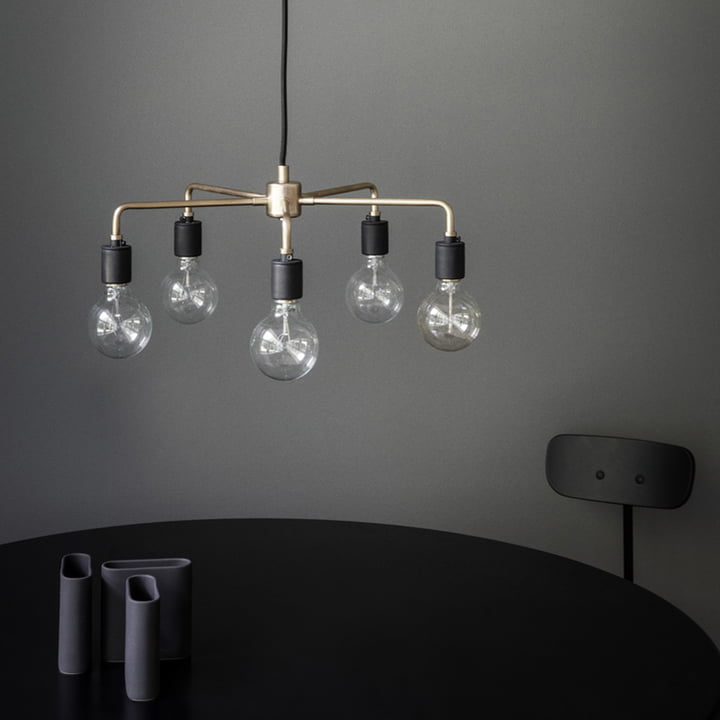 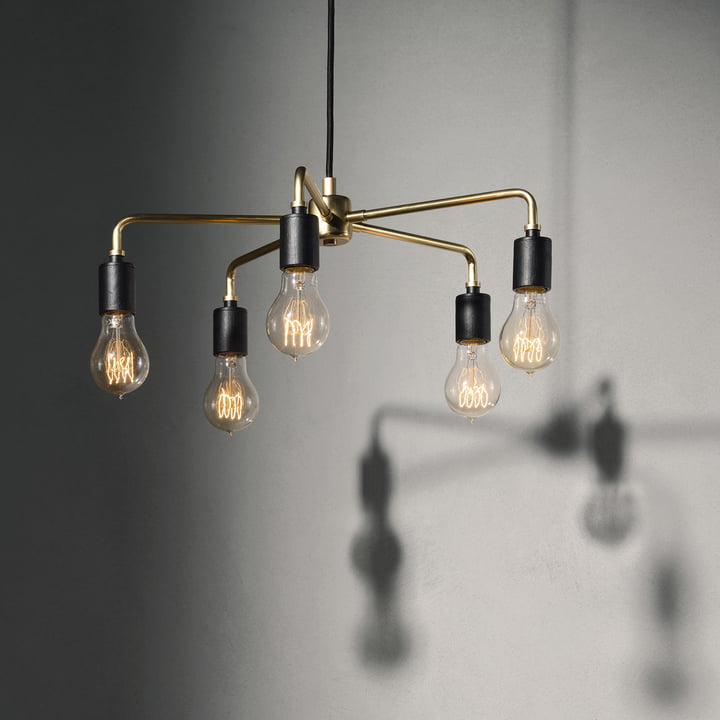 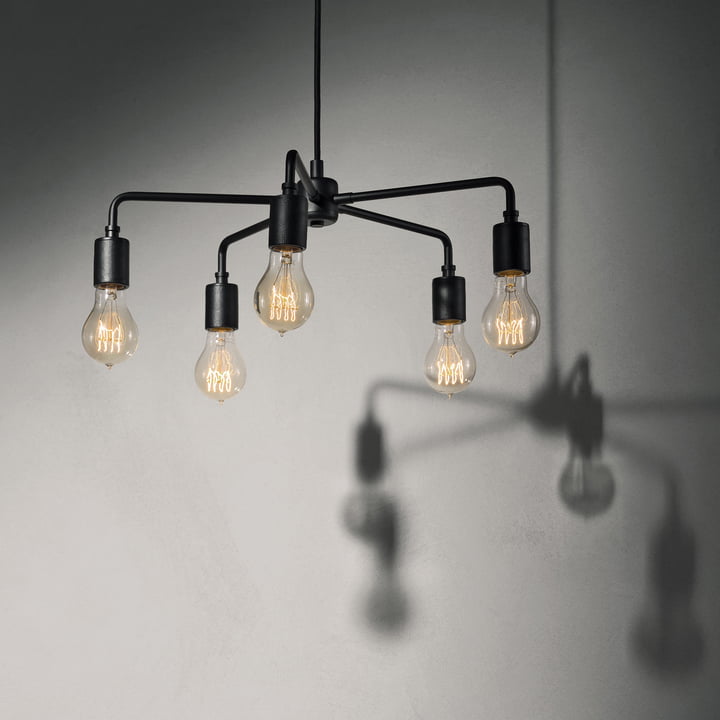 Leonard is a chandelier by Menu, which has been inspired by the 60s glamour of New York.

The shape of the Leonard pendant lamp emerged (as well as the other products of the Tribeca series), when the designer Søren Rose travelled through the USA. He was looking for classic lamps and how they were translatable into modernity. Rose collected many single pieces which he re-combined and created a contemporaneous, dynamic expression.

The Leonard lamp brings a powerful character into the own four walls as an artful piece of design inside of a retro-style. The hanging ceiling lamp has an expressive own personality between glamour and industry-chic. This is the reason why the Leonard lamp is an integral part of the Tribeca series, which was named after the New York districts. Tribeca isn’t only poplar because of the ancient industry, but because Søren Rose has is studio there as well.

Menu produces the Leonard chandelier out of massive brass or powder coated steel. The bulb can be chosen by the user, which is the reason why the expression can easily be individualized.

The Reade table lamp and the Warren lamp are also available out of the Tribeca Collection.