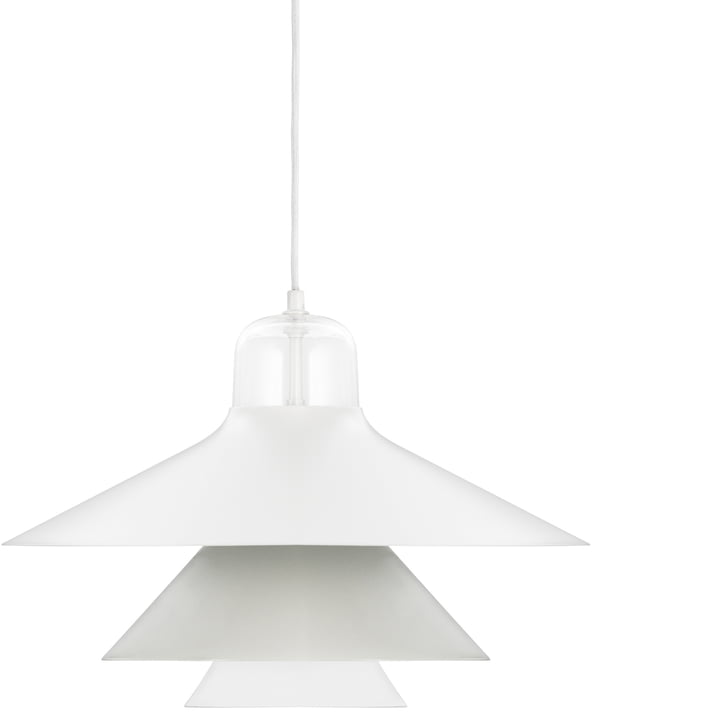 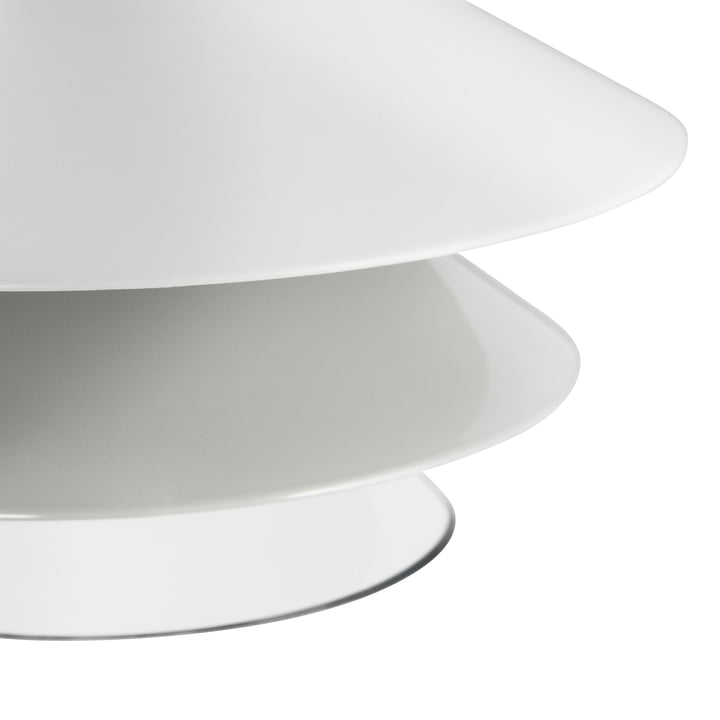 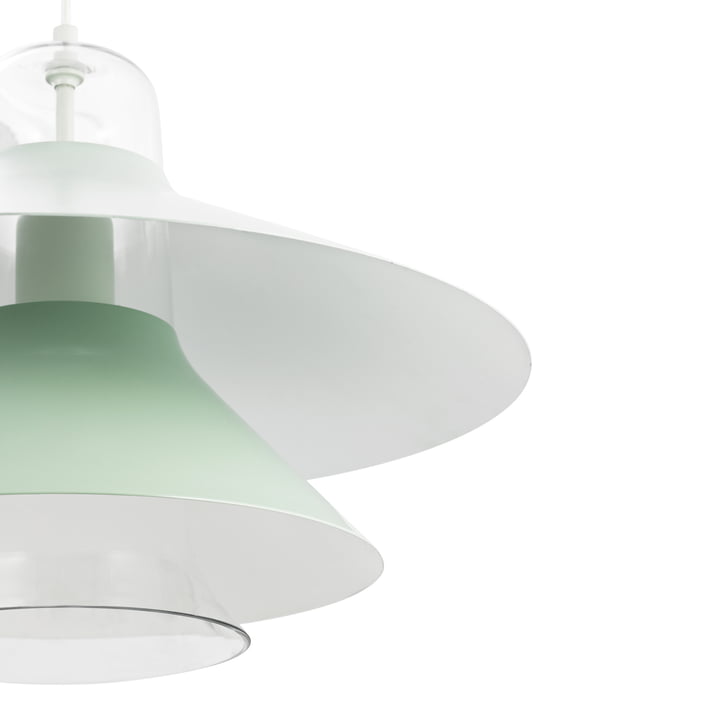 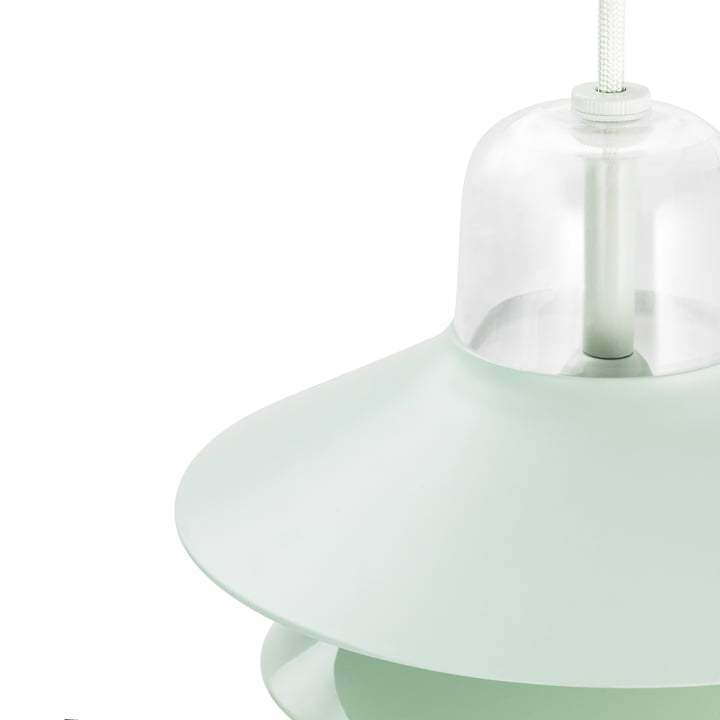 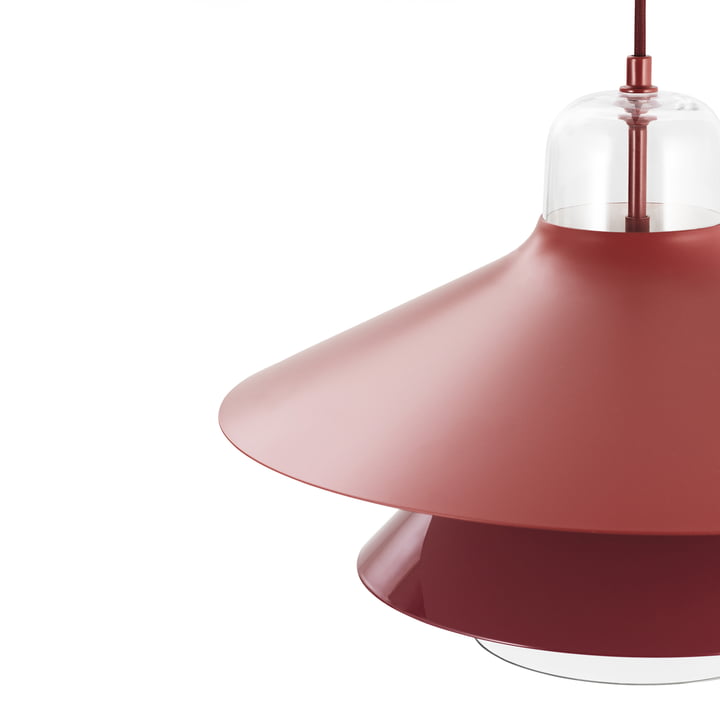 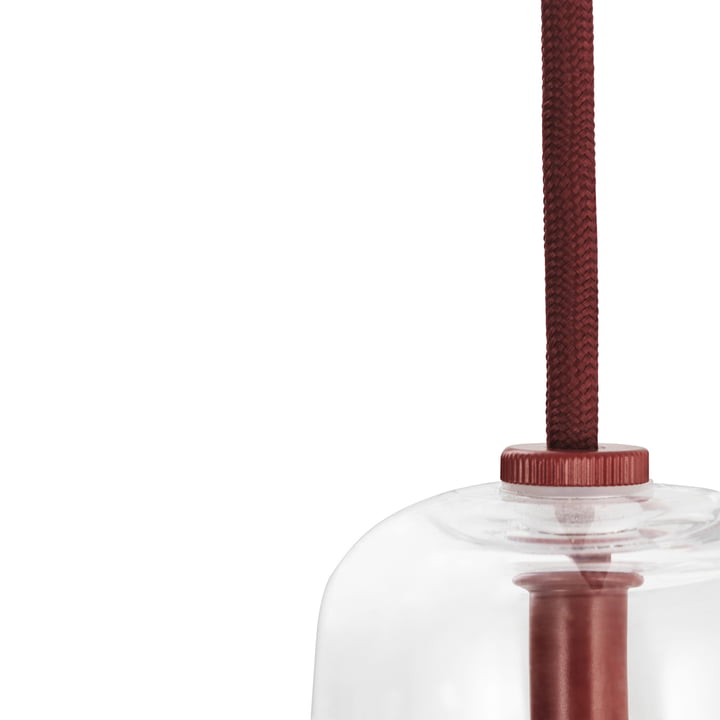 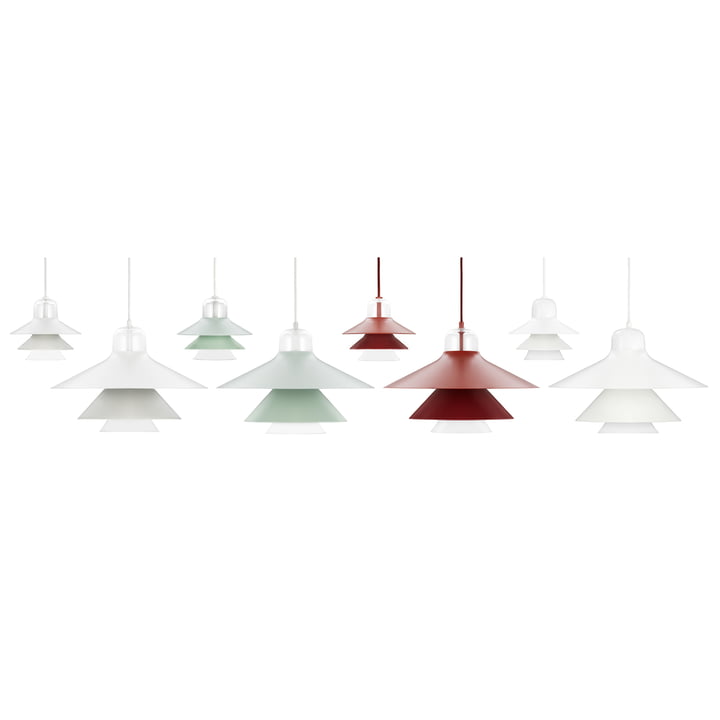 Ikono by Norman Copenhagen is a pendant luminaire in a simple, pure design language. The lamp consists of a conical glass cylinder and two coloured steel lampshades in the same colour, which rest on the glass.

The result: a classic pendant luminaire. The upper lampshade directs the light, while the lower shade ensures freedom from glare.

Ikono builds on the tradition of Danish luminaire design. However, designer Simon Legald has concentrated on the essentials in his design, dispensing with all superfluous parts and screws. The precise lines of the shades are softened by rounding where glass and shade meet, and the glass cylinder gives the luminaire visual lightness. Thus the design language of Ikono both graphic and gentle.

Simon Legald says: "I like to go into detail in my designs. My designs are often characterised by their simplicity. That's why I put my own personal touch into the details and thus give the objects their own character. At Ikono this is shown by the interaction between the materials and the colour nuances. All the pieces are harmoniously balanced, with sensual subtleties that contribute to the dynamism of the design".

Ikono is available in four colours and two sizes and can be used in many ways at home. Hang the large lamp above the dining table or create a cosy atmosphere with a large or small lamp above the coffee table. The small lamp Ikono is also ideal as lighting in the kitchen.