Twin relies on a principle as intelligent as it is beautiful. The luminaire functions like a concertina. Two slender, arc-like rods each form the arms for the lamp, which cross in the upper section of the pendant luminaire. The connection between the two arms is also a joint, meaning Twin’s arms can be moved. Twin’s two shades can superbly illuminate both small surfaces and large tables up to three meters in length. Yet the handling is very simple: The luminaire’s arms are simply pulled further apart, with no required force, and thus adjusted to the respective need. A great extra: If Twin is pulled out, a space emerges between the two shades that can be used optimally, for example granting larger vases or bouquets pride of place on the table top. Twin also features a smart cable channel solution: The cable is very thin compared to the luminaire’s volume, and yet both holds the lamp and functions as part of the adjustment mechanism.

As a pendant luminaire, Twin delivers very pleasant, dazzle-free light, which is crucial for illuminating tables. The light diffuses at the sides, exiting from the opening in the shade in a bright and a shadow-free beam.

The Twin pendant lamp consists of chromed high-gloss aluminum and shade white polycarbonate. It includes 2 high voltage halogen lamps 60W/G9. The light is emitted directly and diffusing at the sides and the shade position can be set as desired thanks to the concertina principle. 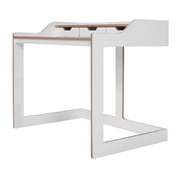 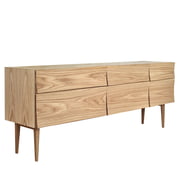 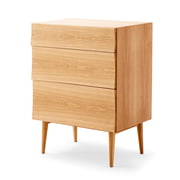