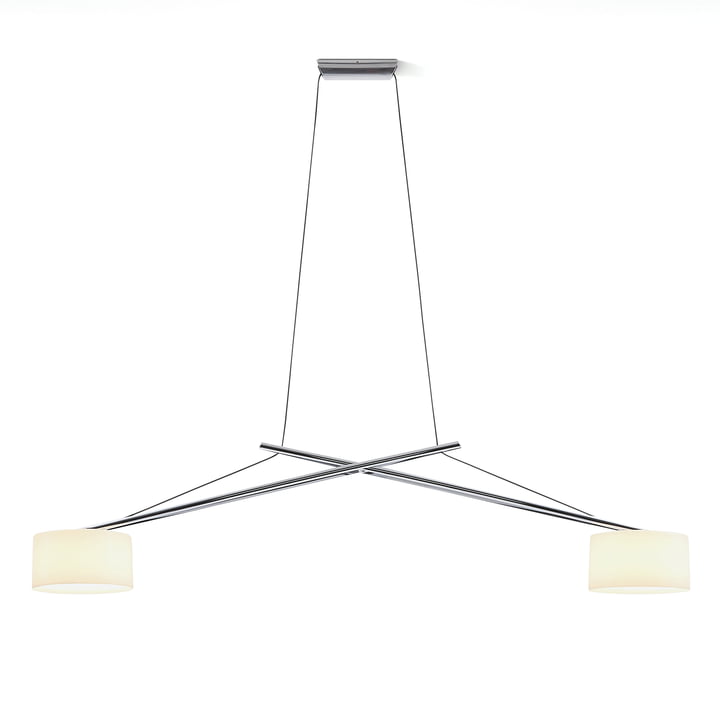 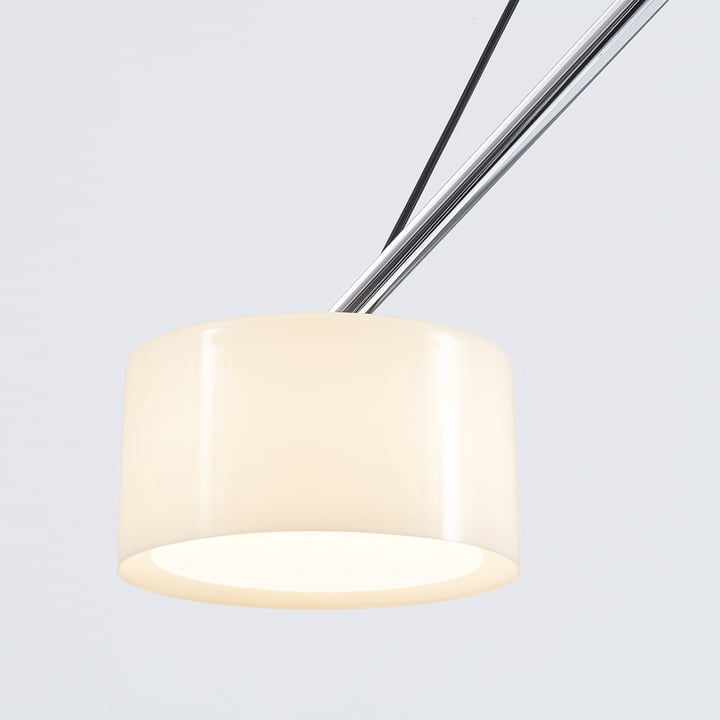 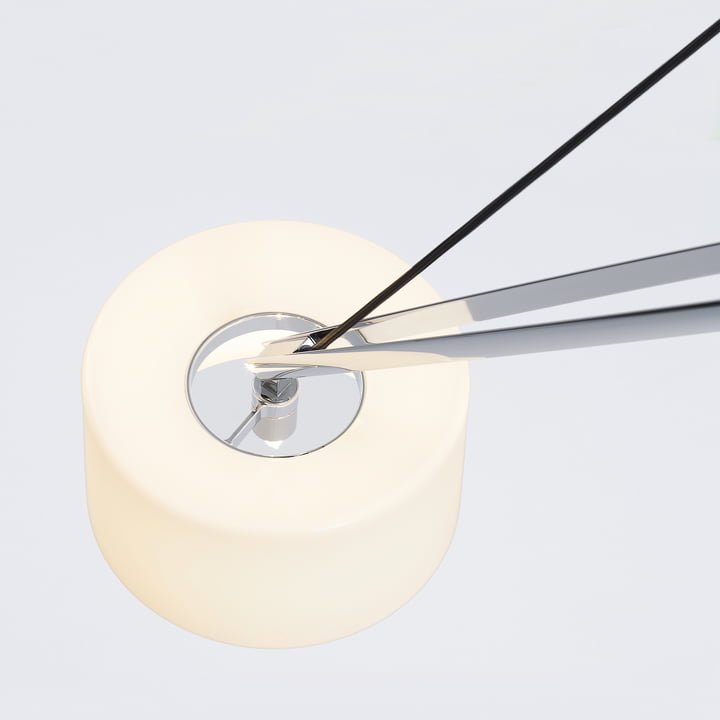 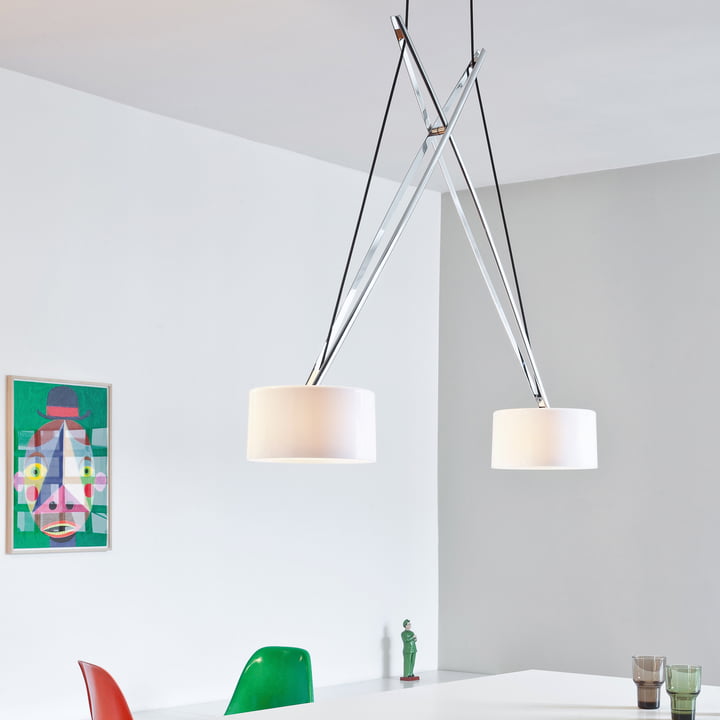 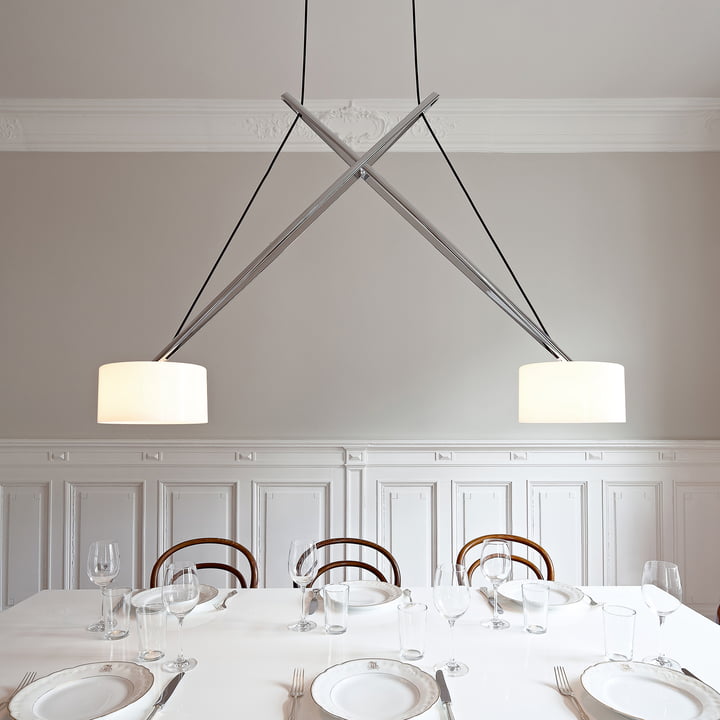 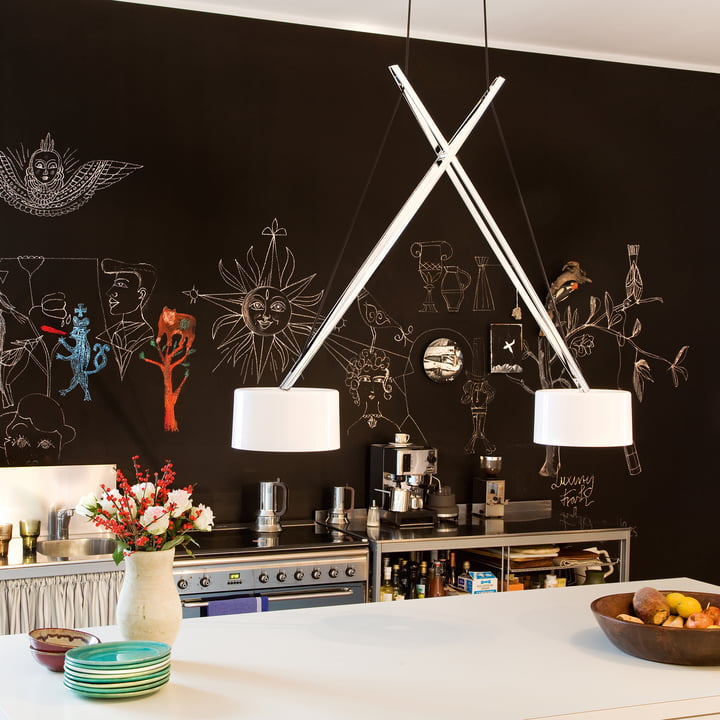 The pendant luminaire Twin from Serien .Lighting is a fine example of well thought-out design: it combines formal beauty with functionality. The structure of Twin refers to its purpose and was made transparent by the designer Hans Karuga without appearing sober.

The material used - chrome-plated aluminium - lends a representative Twin representative elegance. The principle of Twin is as simple as it is intelligent: the luminaire functions like a pair of scissors. Two slender, arch-like rods form a luminaire arm, which cross each other in the upper area of the pendant luminaire. The junction of the two lamp arms also forms the joint. Twin s arms are therefore movable.

The two lampshades of Twin can excellently illuminate small areas as well as large tables up to a size of three metres. The handling is very easy: The arms are simply pulled apart and adjusted to the respective needs. A nice plus: When Twin is fully extended, a space opens up between the shades that can be put to wonderful use - for example, larger vases and flower arrangements are given their place on the table.

Also for the cable routing of Twin the designer Hans Karuga has come up with an intelligent solution: The cables, which are fine in relation to the body of the lamp, act on the one hand as a support for the lamp and are at the same time part of the adjustment mechanism.

The pendant luminaire Twin emits a very pleasant light that does not dazzle. The light is emitted diffusely from the sides - it emerges from the shade opening in a bright and shadow-free beam angle.