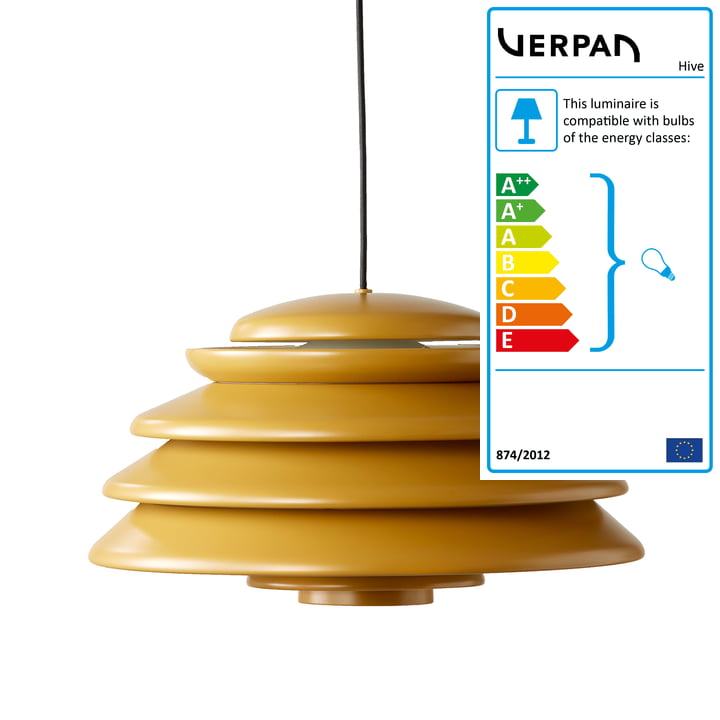 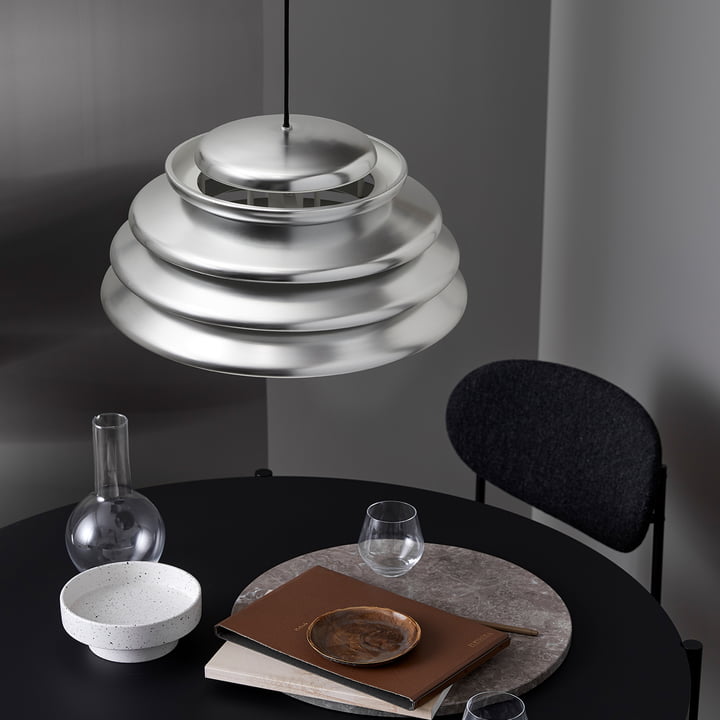 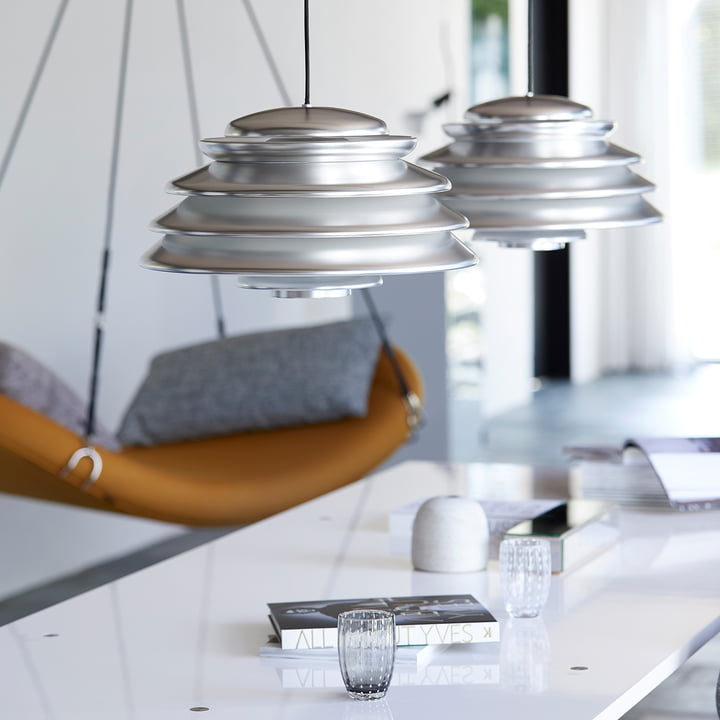 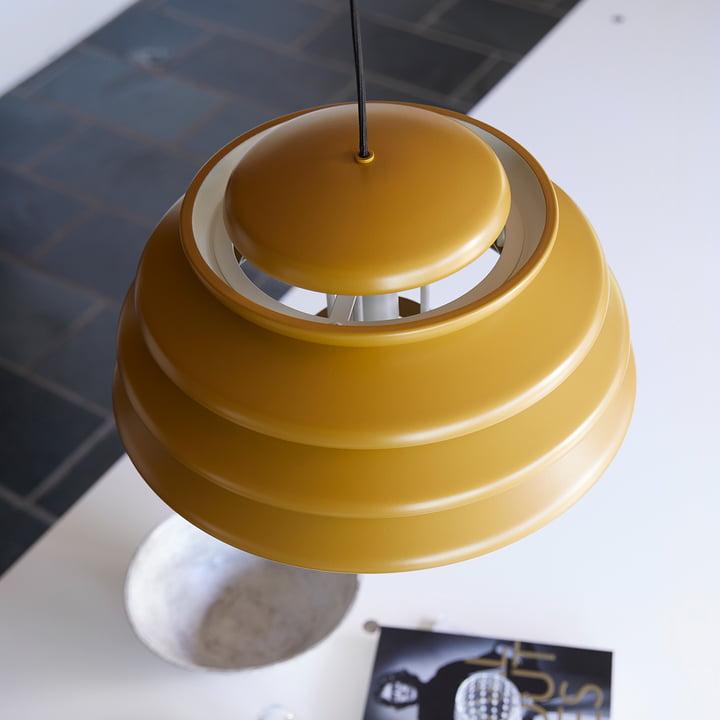 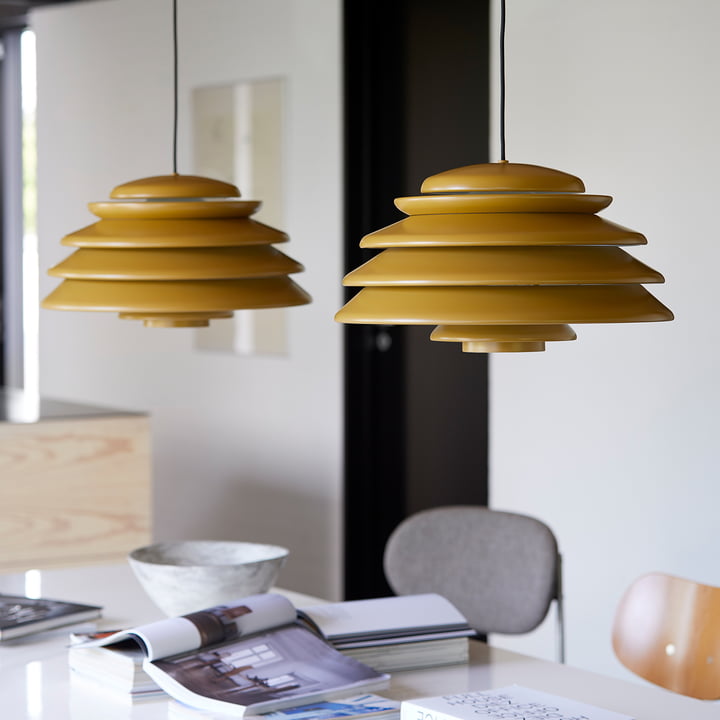 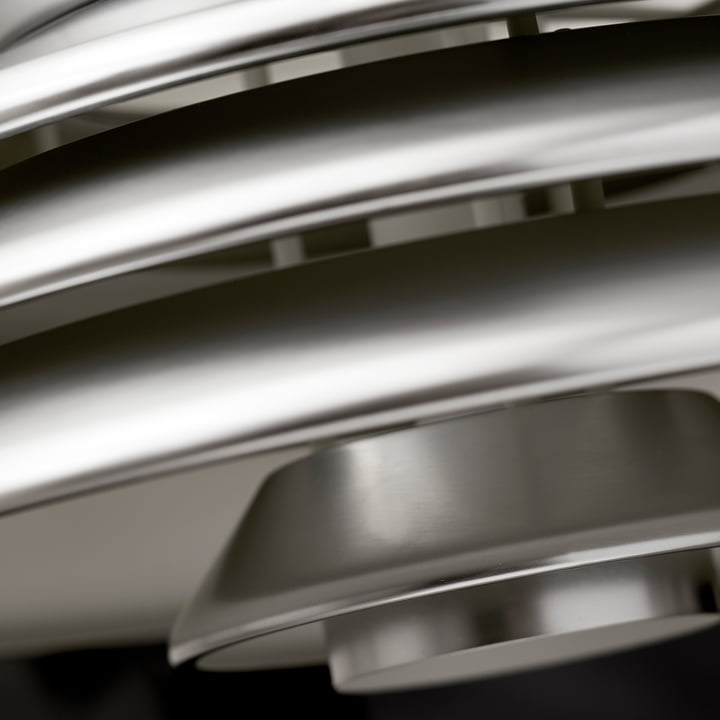 Verpan's Hive pendant luminaire comes from sketches by the famous Danish designer Verner Panton and goes into production for the first time thanks to Verpan. Panton was known for its exceptional, experimental designs, as the Hive pendant luminaire proves. Their shape reminds - as the name Hive already suggests - of a beehive. Several concentrically arranged shades determine the silhouette of the luminaire and make it a real eye-catcher. The different shades reflect the light gently and glare-free, creating a cosy atmosphere in the room. The luminaire can be used above the dining table in particular, where it can be arranged individually or in groups to show off to best advantage.

The sculptural pendant luminaire from Verpan is made of aluminium and is available in a polished and a yellow lacquered variant. 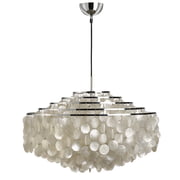 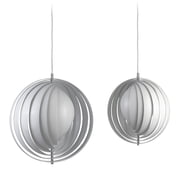 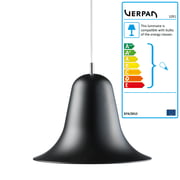 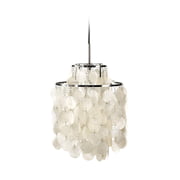