With the wall lamp BL5 by Robert Dudley Best the company Bestlite brings the handy and classic BL series of lamps to the wall.

Fixed to the wall BL5 is rotatable and traversable and therefore it is able to light any spot in its reach. The functional lamp is also suitable as a reading lamp, working place lamp, bathroom lamp or for lighting a certain part of a room. The simple design of the lamp fits every room and it looks elegant both in the background and as the centre of an ensemble.

Turning points are the rotatary joints at the frame and a ball-joint at the lamp's head. The lamp's shade can therewith appear in nearby every desired position, whereby the light is optimally targeted directed.

When Robert Dudley Best designed the lamps of the BL series in the 1930s they were revolutionary simple and of unusually clear and functional forms. They are still regarded as examples of classic Bauhaus design. This has been enforced by the British designers close contacts to Dessau, Weimar and Berlin, which were the centers of the Bauhaus movement back then.

Even the British premier Winston Churchill had a BL1 lamp standing on his desk in Whitehall and many architects and designers made some great designs under its light.

The wall lamp BL5 is available in different colours. 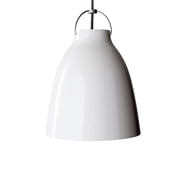 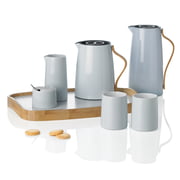 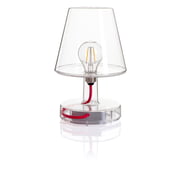