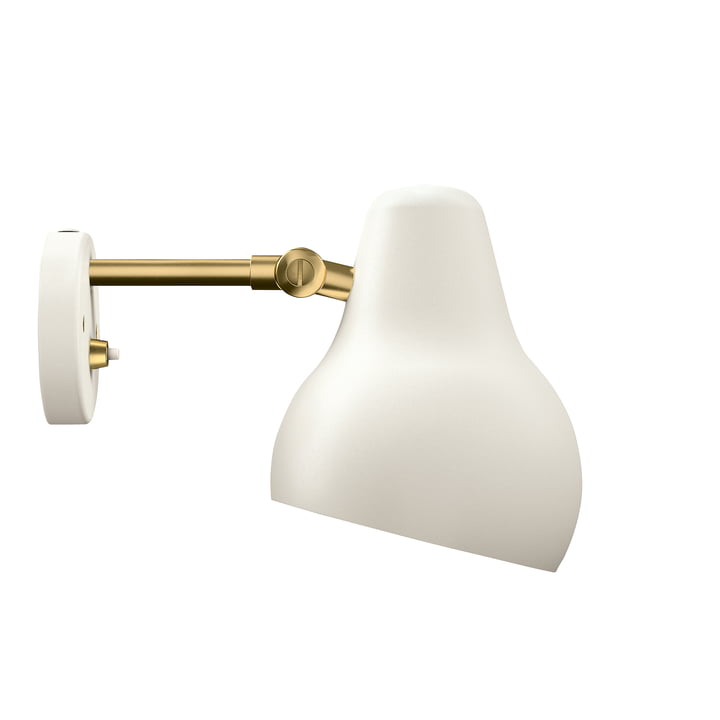 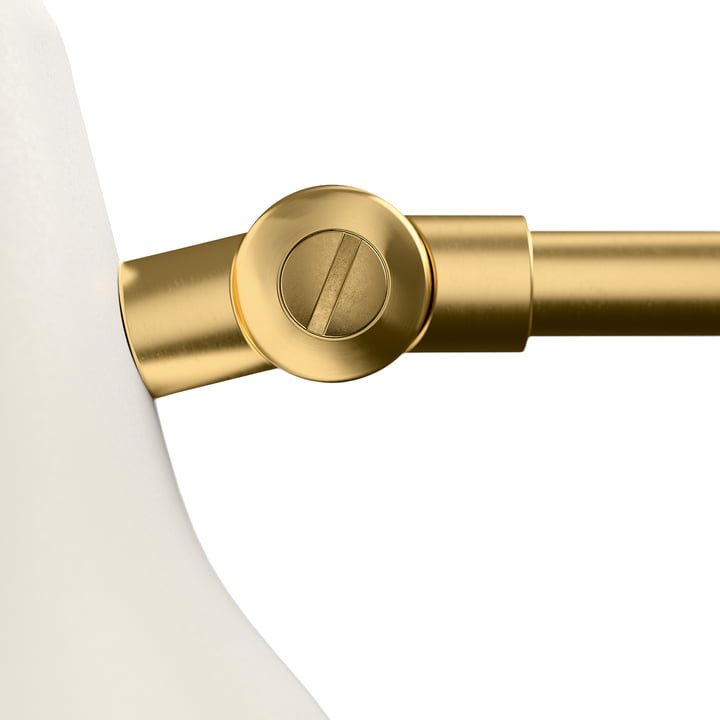 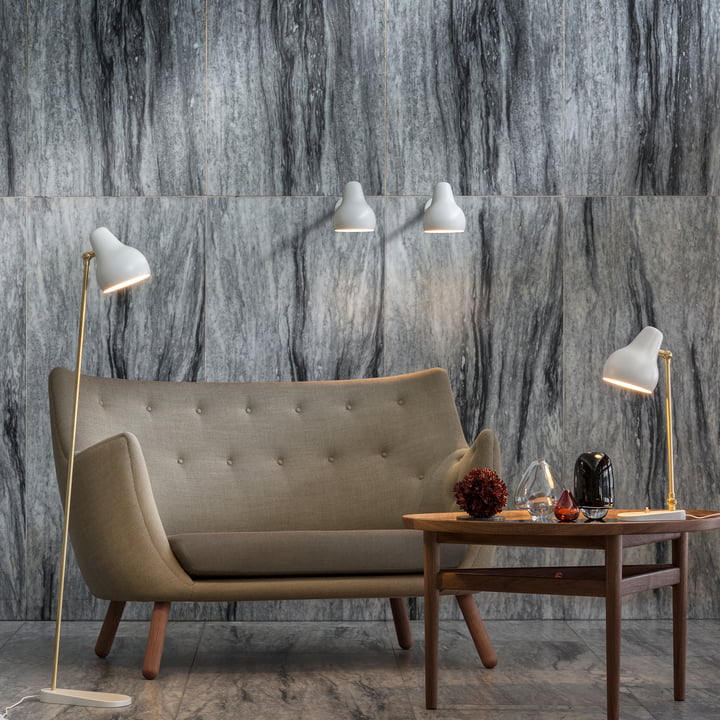 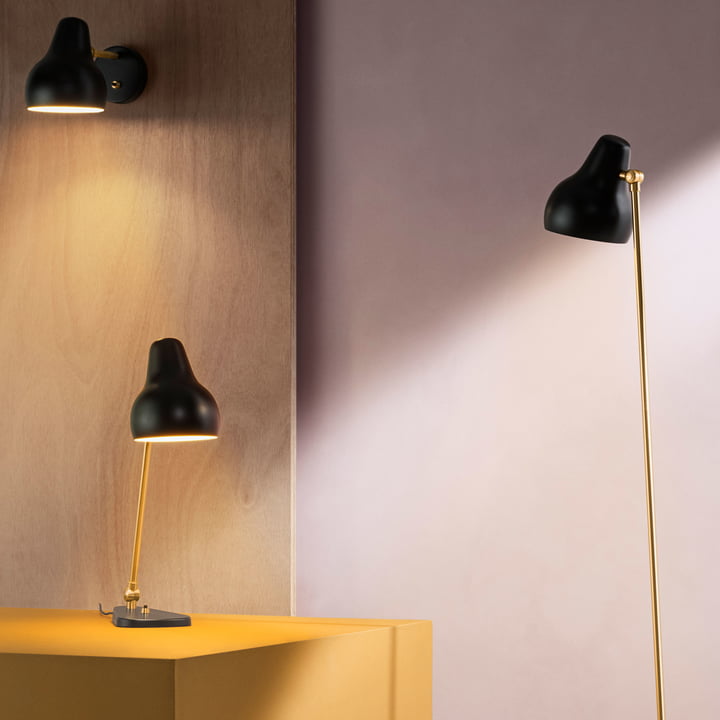 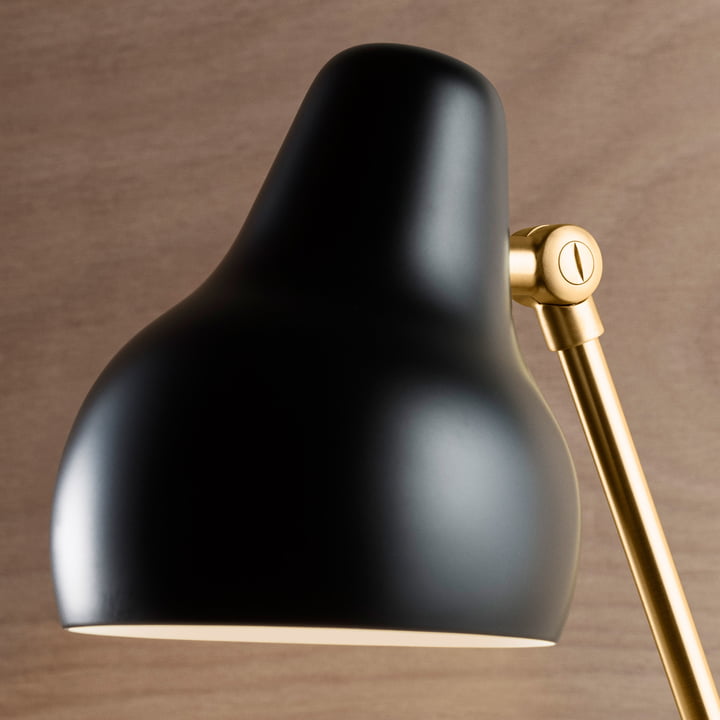 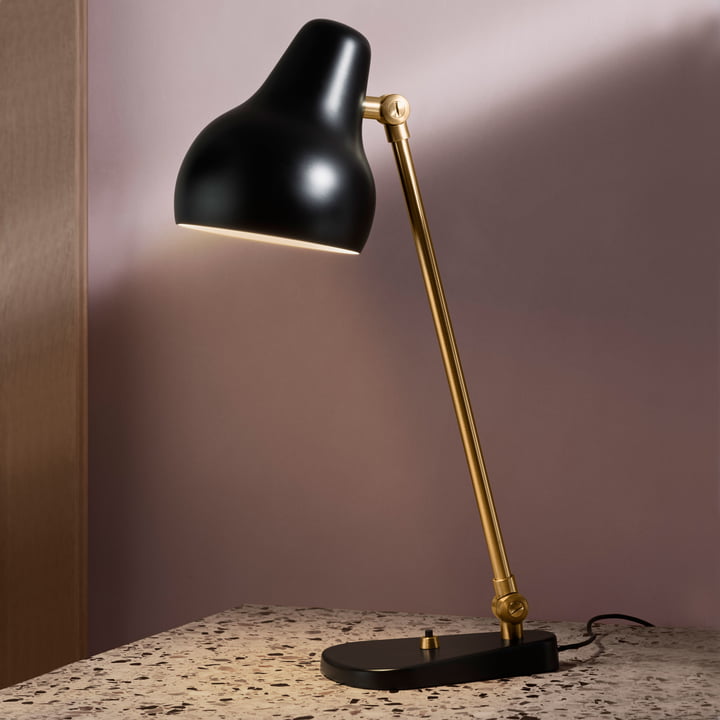 The forerunner of the VL38 wall lamp is a table lamp, originally designed in 1938 by Vilhelm Lauritzen together with Louis Poulsen for the new Danish Radio building. The new edition will be introduced under the name VL38 LED wall light and is part of the luminaire series of the same name, which revives the elegant design of Lauritzen from the 1940s.

The VL38 series is based on the original designs from the 20. Century, in which the organically shaped lamp head is painted white and bevelled. The arms of the lamp series are made of brass and are equipped with a small joint that makes the lamp head moveable.
The light is directed downwards by the shape of the luminaire housing, so that the luminaire emits a very pleasant, glare-free light.

V2 with timer and memory function

The VL38 V2 versions also have an integrated timer and memory function. With the memory function, a fixed brightness level can be set with which the lamp is switched on each time it is connected to the mains. The timer function automatically switches the light off after four or eight hours