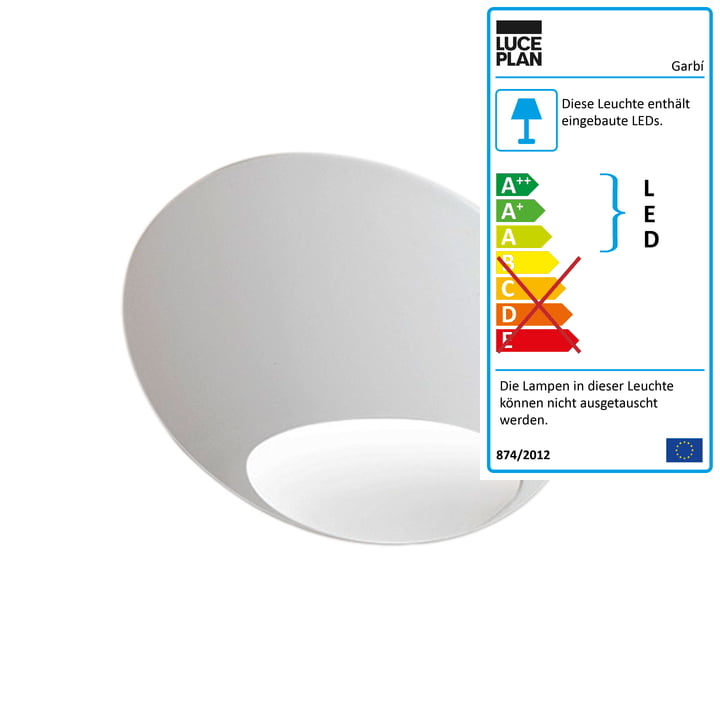 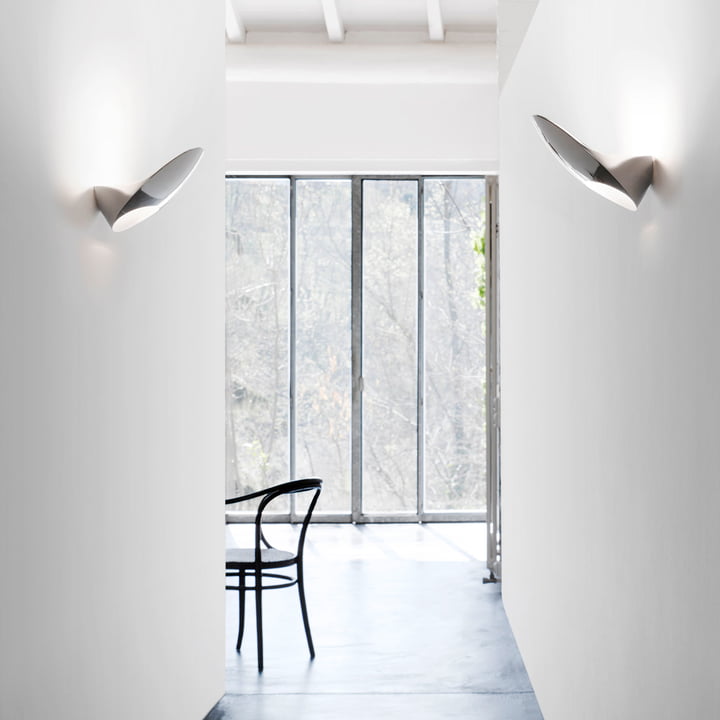 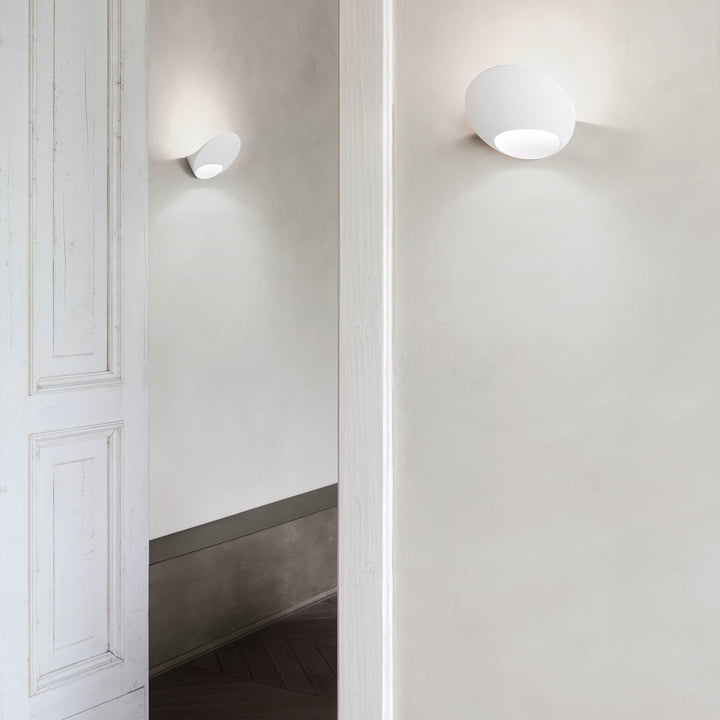 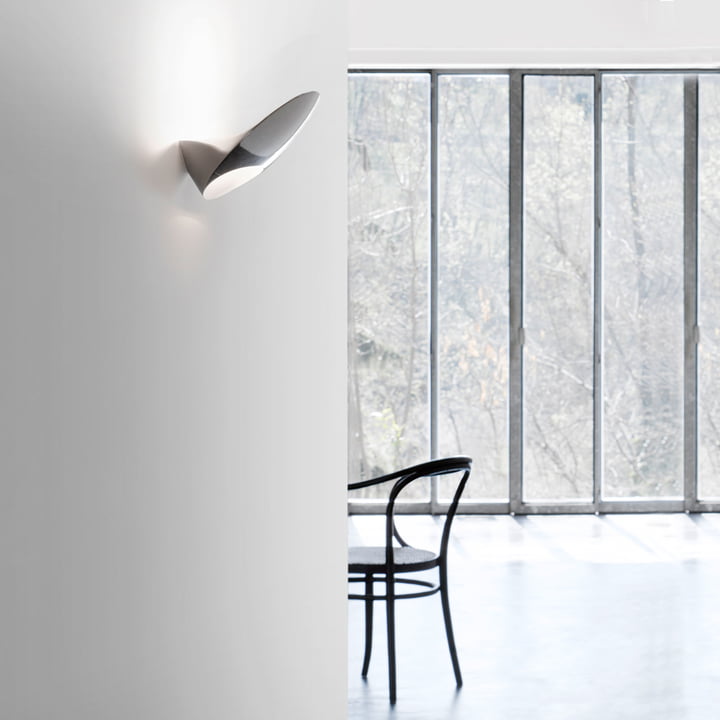 The Garbí LED wall luminaire from Luceplan is characterised by its curved design, which is more reminiscent of an artistic sculpture than of a luminaire. The Italian designer David Dolcini is responsible for the design and has placed particular value on an even shape in his work. For this purpose, the reflector is cast from aluminium to create a uniformly curved surface with an elegant expression.

In the middle of the construction is a powerful LED module, which first radiates the light onto the wall and then indirectly reflects it upwards into the room. This creates a cosy background lighting in every room. A small part of the light is additionally directed through an oval opening in the lower part of the reflector. This gently accentuates the luminaire once again.

With the Garbí LED wall luminaire, Luceplan offers glare-free and indirect room lighting that, arranged in rows for example, illuminates long corridors, functions as cosy backlighting in the kitchen and also immerses the living room in its softly lit atmosphere. 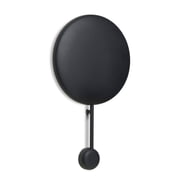 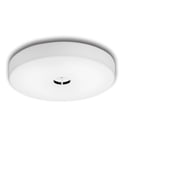 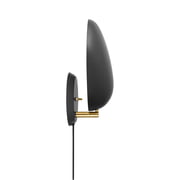