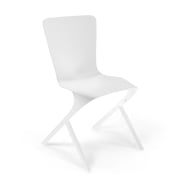 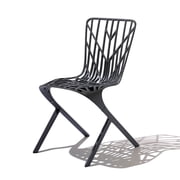 David Adjaye is an architect from England, who was born in Tanzania in 1966. Besides his skills of designing exceptional buildings, Adjaye also works as product designer.

David Adjaye’s parents don’t come from Tanzania, but from Ghana. He grew up in Egypt and Saudi-Arabia, studied at the London Royal College of Arts among others. His studio founded in 2000 is also based in the British capital London. Outposts with more than 30 employees are in Berlin and New York.

Adjaye’s works impress because of the unusual material and colours he chooses, being always different than the mass. These qualities are also valid for the designs the Britain realizes apart from his work as architect.