Dyson is a technology and innovation company that was founded in the United Kingdom in 1993. Since then, it has revolutionised vacuum cleaner technology, which had remained almost unchanged. 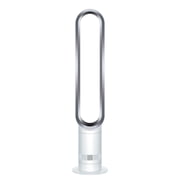 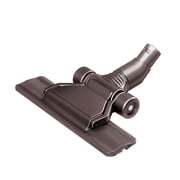 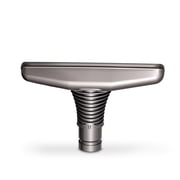 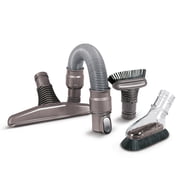 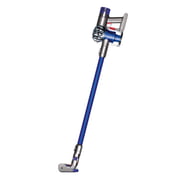 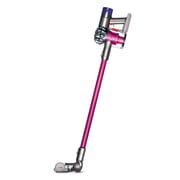 Dyson Revolutionises the Technology of Vacuum Cleaners and Fans

Dyson was founded in Great Britain in 1993 and has revolutionised vacuum cleaners which had remained almost unchanged. With technology that had been at a standstill since 1901, common vacuums often experienced blockages resulting in suction loss. James Dyson consequently developed the Dyson vacuum cleaner without loss of suction at the end of the 1970s out of his own frustration. Dyson now has over 2,000 employees and is represented in 47 countries.

About 300 engineers work at the Dyson research and development centre in the UK. These engineers work to conceptualise and develop new Dyson products and technologies. This is where they present new technology such as the Dyson Animal Turbine, bagless models and air purifying fans. The Air Multiplier – the fan without a rotor wing – was also made there.

Bagless Vacuum Cleaners with Improved Suction Power
The Dyson Dual Cyclone™ Technology was the first breakthrough since the invention of the vacuum cleaner in 1901.

The traditional bag was replaced by two cyclone compartments that prevent blockages.
The exterior cyclone whirls thick dust out of the air and the interior cyclone accelerates the air even more, so that even the finest dust particles are removed from the air. Because of the exceptional, unique technology, Dyson soon became the market leader in the UK. The Dyson researchers and engineers set themselves the task of creating a vacuum cleaner with a higher constant suction force, and use this principle for the development of a completely new cyclone system: thereby, the air is led through a large cyclone and then divided into several smaller cyclones at the same time – hence the name Root Cyclone™.

thereby, the air is led through a large cyclone and then divided into several smaller cyclones at the same time – hence the name Root Cyclone™. The result of this groundbreaking technology is a significantly higher constant suction power and with it improved dust collection. With this system, Dyson has even developed special models for allergy-sufferers, suitable to be used by allergy and asthma sufferers.

Dyson does not make the choice of buying a vacuum cleaner easy. In addition to functionality, comfort was also an important component of development at Dyson. The Dyson battery vacuum cleaner has enjoyed growing popularity - the floor vacuum cleaner runs on a battery and the handheld vacuum cleaner runs without a cord. Steadily, the manufacturer has worked improving the life of the rechargeable vacuum cleaner with faster loading time and a more energy-efficient motor.

Each model exceeds its predecessor in length.
Practical accessory sets make a versatile vacuum cleaner out of a simply handheld vacuum cleaner - an example is the Dyson DC62 Animalpro that you can find with many other Dyson vacuum cleaners in our shop.

Dyson is also working on washing machines, fans, hand dryers, and heaters
Dyson's employees constantly deal with a wide range of products. Washing machines were some of these products. While working on them, the engineers made a surprising discovery: Better washing results could be achieved by washing by hand, than in a drum washing machine. During hand washing, clothes are constantly moved and this allows for quick removal of dirt. With the movements of hand washing as an example, Dyson's engineers then constructed a washing machine with two drums which rotate in opposite directions at the same time.

The Dyson Contrarotator was introduced to the British market in 2000: The first washing machine with two opposing rotating drums. Because the Contrarotator effectively removes dirt, it can wash laundry cleaner, faster, and in larger amounts. Dyson’s engineers were also involved in hand dryer and heater technology ventures and were able to develop a fan, which is also fan heater.

A long way to glory and honour
Due to the high patent fees and court costs, Dyson would almost not have been able to produce the Dyson Dual Cyclone™ vacuum cleaner. In contrast to a songwriter, that a song belongs to and that he/she wrote, an inventor must pay a substantial fee for the renewal of its patents. During the formative years, when James Dyson had no other income, these charges would have nearly ruined him financially.

He took a large risk, but it paid off. In 1999, Hoover tried to copy the Dyson vacuum cleaner and James Dyson was forced to take the company to court to protect his invention. After 18 months, Dyson finally won the lawsuit for patent infringement against Hoover. When you consider that James Dyson took 14 years, until his vacuum cleaner could be sold under his name, it is gratifying that his products are now offered worldwide in 47 countries. Many museums exhibit Dyson vacuum cleaners as unusual “warehousemen.” Other exhibits are located in the Victoria & Albert Museum, London; in the San Francisco Museum of Modern Art; the Museum of Applied Arts, Cologne; the Zurich Design Museum;, Centre Georges Pompidou, Paris; the Design Museum in Lisbon; and at the Powerhouse Museum, Sydney. You want to buy the Dyson vacuum cleaner online? You can do so easily - just order the product of your choice and it will be delivered within a few days to your doorstep!