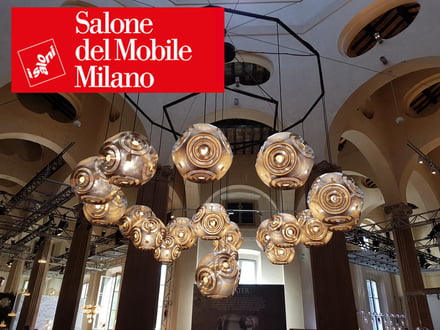 Once a year, the Italian fashion and design capital Milan traditionally becomes the world capital of the international furniture industry. Already for the 55th time, from April the 12th to the 17th, 2016 the Salone del Mobile took place in the Exhibition Centre Fiera Milano in Rho. But not only on the trade fair grounds, is where the leading exhibitors from around the world presented themselves - almost the entire city was to experience the latest trends and designs.

With more than 2,400 international exhibitors and 300,000 visitors from over 160 countries, the Milan Furniture Fair sets standards in the world of home and interior design worldwide.
The range of exhibited products and prototypes ranged from classic to modern and upholstered furniture of metal and plastic furniture to lighting and accessories.
Of course, also a large part of Connox brands were represented on the Salone del Mobile and the Fuori Salone, which is the Design Week Milano in the city centre. 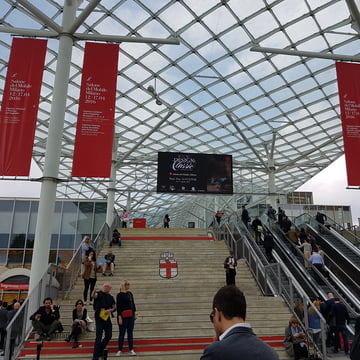 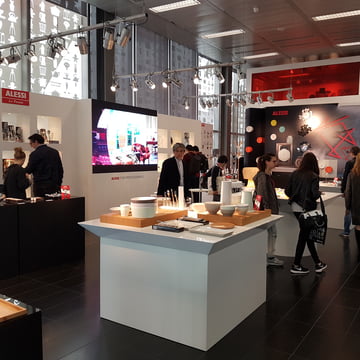 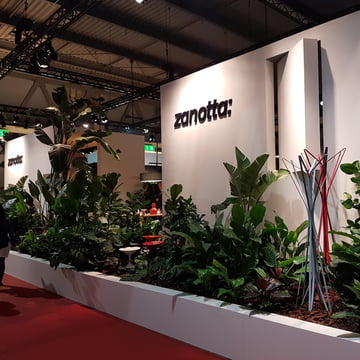 The show was a “home game” for many Italian manufacturers, including Kartell. The company founded in1949 in Milan by the Milan Giulio Castelli presented itself at the local Fairgrounds with plenty of new products. Divided in different rooms, the latest designs by Antonio Citterio, Patricia Urquiola, Alessandro Mendini and many other high-profile designers were presented.

Kartell surprised with a collection of children products by Nendo, for example the H-Horse Rocking Horse and the Smile Children’s Stool and Table. Also many lighting innovations were to be seen, such as the Kabuki Floor Lamp and Table Lamp by Ferruccio Laviani, the Aledin Desk Lamp by Alberto and Francesco Meda, the Planet Lights by Tokujin Yoshioka or the Lantern Table Lamp by Fabio Novembre.

Of course also new products in the area of the seating furniture were not missing and which is why e.g. the Organic Chair from Antonio Citterio, the Largo Sofa and the Piuma Chair by Piero Lissoni or the Roy Stool by Alessandro Mendini have been exhibitioned. Patricia Urquiola, together with Trama designed a new tableware collection for Kartell, which is reminiscent of traditional Japanese ceramics. 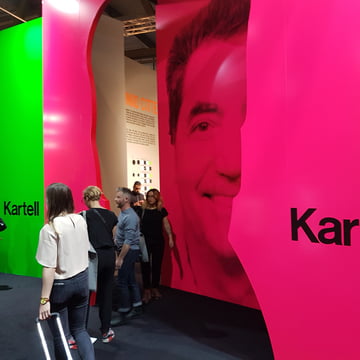 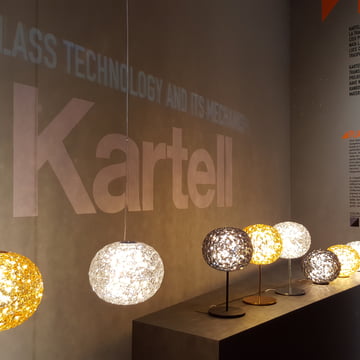 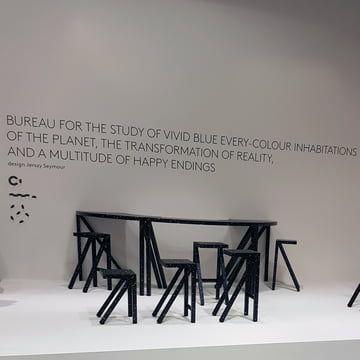 Another company from the Italian plastic furniture is Magis. Next to new products by Ronan & Erwan Bouroulle and Konstantin Grcic, a series of aluminum furniture by Jerszy Seymour was shown on the exhibition stand. Under the title "bureau for the study of vivid blue every-colour inhabitations of the planet, the transformation of reality, and a multitude of happy endings" the conceptual series, consisting of lightweight aluminium bar stools and tables, was presented as a flexible system, mainly to be used in the modern office.

Of course, many other international companies have benn represented on the Milan Fairgrounds. The Danish textile manufacturer Kvadrat showed in addition to new materials and colours of the season also a limited edition of a cushions and blanket collection of the Japanese designer Akira Minagawa. Also the Danish manufacturers Muuto and Menu showed the current trends in terms of Scandinavian design with new lighting and furniture designs. 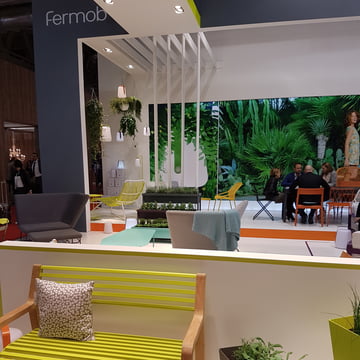 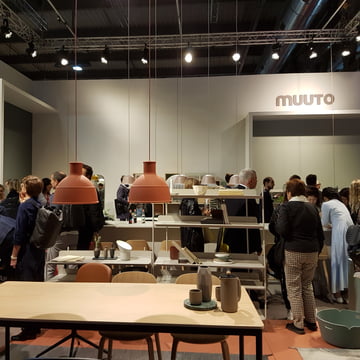 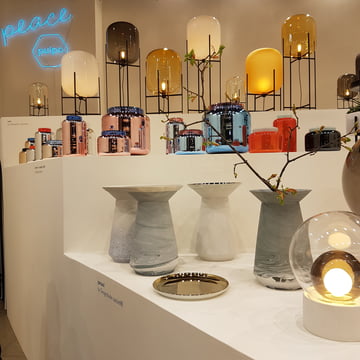 German manufacturers were represented in Milan as well. The company e15 showed sculptural like Kerman Sofa by Philipp Mainzer and Farah Ebrahimi, Classicon presented the Ulisse Daybed from Konstantin Grcic vor and Pulpo introduced the popular Oda Light as well as the Alwa Side Table in new variants.

Vitra was represented at th Design Week Milano in the city as well as at the exhibition centre. Two designs by Jasper Morrison were particularly in the focus of the trade fair’s events: in addition to the soft modular sofa by Jasper Morriso, the Plastic Chair from APC (All Plastic Chair) was exhibited, providing amazing seating comfort due to its flexible backrest. Also, with the wooden side table, a wooden version of the metal side tables was presented and the extensions of the Occasional Series, around the lounge chair and low table.

In addition to Vitra, there were of course not only the Italian manufacturers, who had invited besides to the fair also to events and exhibitions in the city. Whether in flagship stores, in historic buildings, sport halls, or even private apartments - the Milan Furniture Fair created an occasion for many companies to present themselves in front of matching architecture backdrops.

Vitra, for example used the old offices of the Architect Antonio Citterio, close to the Garibaldi Fs Metro station in the "Casa Vitra" to introduce the world of Vitra to their visitors (details will follow).

More down to earth was in the quarter of Brera: here, the Danish company Hay showed its many innovations in a sports facility and provided its guests with a domestic catering service with Danish specialities (details to follow). Also in Brera, the Finnish textile manufacturer Marimekko under the title "Marimekko Home" showed its new fabric patterns on a floor of a simple residential building. 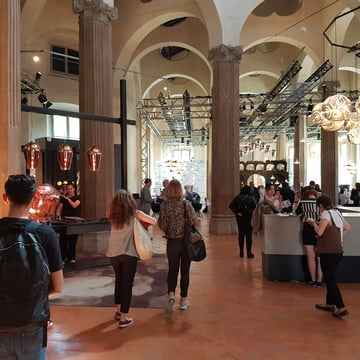 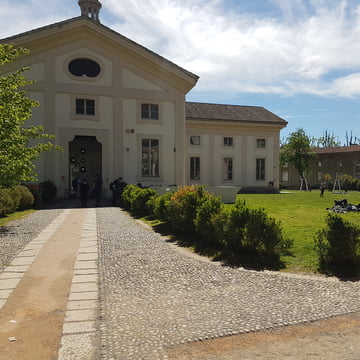 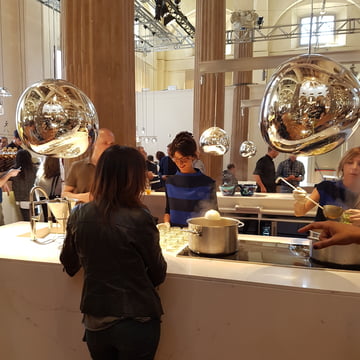 The British company Tom Dixon presented itself more lush during the fair days and operated a restaurant in the historic building in the Rotonda della Besana. In cooperation with Caesarstone, an Italian manufacturer for quartz surfaces, Tom Dixon offered a true feast for the senses. In each of the four wings matching to the four elements water, earth, fire and air, in front of a cruciform, sacred backdrop, the guests could enjoy a thematically matched 4-course vegan meal surrounded by the appropriately issued products of the companies to experience them in use.

In total the 55th Salone del Mobile and Fuori Salone once again showed that Milan rightly applies as a city of design. Whether on the exhibition, in the city centre, the quarters of Tortona or Brera or in the district around the Garibaldi station - recently redone for the Expo 2015 - in Milan, design and architecture is not only presented on the occasion of the furniture fair, but it is also a life style which is why so many offices of famous designers and headquarters of known brands are based here for a reason.

Here on Pinterest, you can find more pictures of the Milan Furniture Fair.