For more than 50 years, the museum intern MoMA Wholesales has produced and distributed selected design and gift articles. The origin of this at the time was an invitation for artists to design holiday postcards. 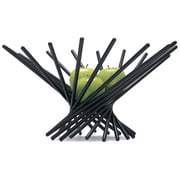 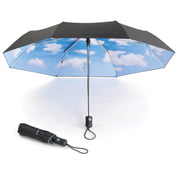 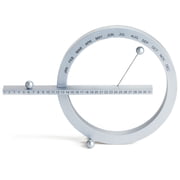 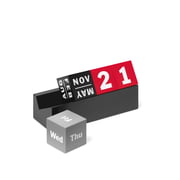 The Museum of Modern Art in the heart of Manhattan attracts more than two and a half million visitors into its galleries, exhibitions and educational art courses each year. The MoMA enables access to one of the best collections of modern and contemporary art aficionados from around the world. A total of more than 200,000 artistic works consisting of images, sculptures, drawings, photographs, films as well as other media and design objects are included in the collection.

For more than 50 years, the museum intern MoMA Wholesales has produced and distributed selected design and gift articles. It began with the invitation to artists to design holiday postcards. Since then, a wide selection of sophisticated products has developed:

accessories for the livingroom and office, decorative and practical items, souvenirs and much more. The Museum of Modern Art – in short: MoMA - was founded by the three arts collectors Lilli P. Bliss, Mrs. Cornelius J. Sullivan and Mrs. John D. (Abby Aldrich) Rockefeller, jun. in 1929.

Only a few days after the historic exchange crash, the MoMA in New York opened its gates for the first time, directed by the director Alfred H. Barr, jun., then 27 years old. The intention of the three wealthy women was to enable the people of New York to encounter the arts of their time.

Even tody, the first museum in America, which was devoted to the presentation and collection of contemporary art, is in private hands. The first museum director Alfred H. Barr, jun. developed the museum’s concept which is still applied in its main features. The core of this concept was to construct a house with several departments, offering space to applied arts next to the so-called fine arts. His museum should take into amount a very broad field of the culture. This idea to also present modern art, especially that of the 20th

century, was known to the first curator and president of the MoMA, Alfred H. Barr, jun. from the Kronprinzenpalais in Berlin, the precursor of the new National Gallery, where he worked previously. Barr was furthermore delighted by the interdisciplinary approach, as it was practiced by the Bauhaus in Dessau, for example.

The starting point of the Museum was the idea to organise not an already existing collection for which one was looking for a suitable site, but exhibitions with objects on loan to the Museum of Modern Art, presenting American contemporary art in addition to the European modern pieces. The collection began to be developed systematically starting in 1931.

Paintings and sculptures; drawings; graphic prints and illustrated books; architecture and design; photography including film.After the reconstruction for $70 million of the Museum of Modern Art from 2002 to 2004, it was reopened in Manhattan in November of 2004. Apart from well known artworks of famous painters such as Marc Chagall, Salvador Dalí, Otto Dix, Pail Gaugin, Vinvent van Gogh or Roy Lichtenstein, to only name a few, the permanent exhibition also includes works of famous architects and designers such as Ludwig Mies van der Rohe, Richard Sapper, Ettore Sottsass, Alvar Aalto, Peter Behrens, Richard Riemerschmid, the brothers Thonet, Frank Lloyd Wright, Charles and Ray Eames and many other famous and leading designers.