The Connox table soccer championship – doing sports in the warehouse! 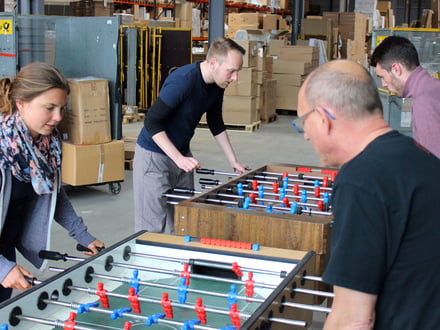 The (initially) small event emerged at Connox in 2012 and it is indispensable today. It all began on a warm spring morning, when the higher management secretly installed something in our lunch room that we first ignored. All kinds of words describe the thing accompanying us while we ate and talked with each other: table soccer, foosball, table football, kicker… still, nobody used it. It should, however, change …

If more than 50 percent of the employees love watching soccer, why couldn’t they start playing themselves on a 1:18 scale? The idea of the challenge was born then. A circular E-Mail received 24 confirmations immediately. After another three months and initial lack of motivation, the first Connox table soccer championship took place in the summer of 2012 – the enthusiasm grew and grew!

The role of the good fairy

Before the teams were determined, we all thought about how to determine them: Should departments play against each other, should the teams be drawn by lots or should everyone decide who to play with in a team? The decision was easy in the end, since the company continued growing and new faces enrich our office every year. All of the names of those that wanted to participate were written down on paper chips. A good fairy (that changes every year) pulls out the chips of a bowl and therewith decides the teams, the groups and their turns to play. That’s how arbitrariness was granted and how new colleagues are able to get to know the people they’ll work with. Moreover the good fairy method avoided unfair arrangements of skills – at least in most of the cases. 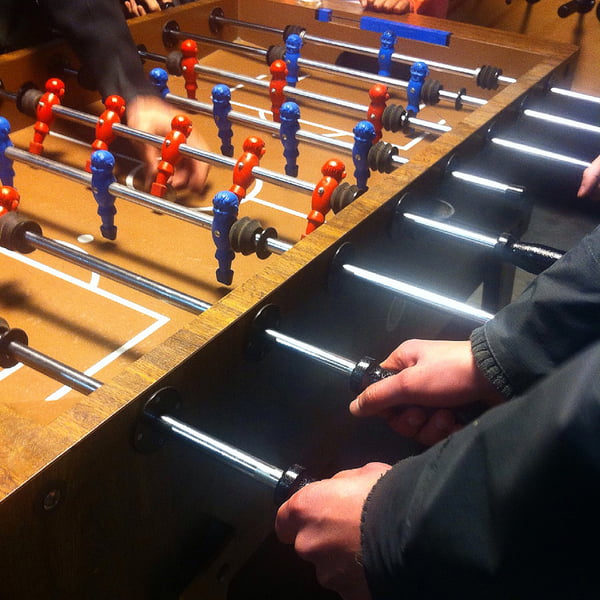 The first games in the summer of 2012

The first championship demanded eight (of 24) eliminated participants in the preliminaries. The rest went on relaxed in the finals on the 2nd October of 2012. The finals took place on the date of the final barbecue of the year, which was established in the heart of autumn since some years already. While all of us were barbecueing, dining and drinking, some others were playing their soccer game and more teams had to leave the playground.

The finals were decided by professionals amongst us. We started to warm up for the cold October and for the deciding games. Enough meals and some beers accompany the games that everyone will talk about in the following weeks. Even the music is part of the foreground on the evening of the finals, since world-class sound of our house own Libratone-system encouraged us and our feeling of togetherness. 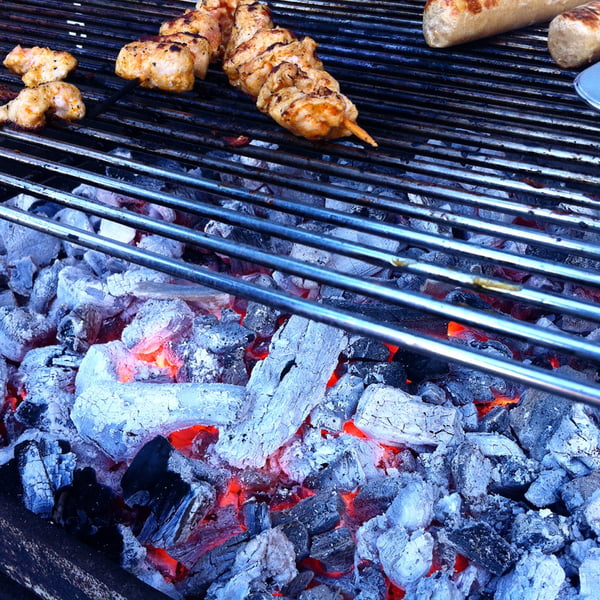 The barbecueing evening presents the best of the best ones. An exciting thing to do – not only for the finalists. Cheering fan groups come together every year, encouraging the teams. The finalists oil the soccer-tubes and pronounce some attacking spells before the football races from the left to the right side of the table, without getting too near to the net. 1:1, 1:2, 2:2 and so on: Tied players again and again; litres of sweat and tears leave the player’s bodies before every goal – leaving the looser of the finals in the shadows in the end. Since only the names of the two players of the winning team are going to be engraved on the cup. The cup with the names of the happy winners – donated by the managing directors – shines in the office, waiting for the end of the upcoming championship.

The championships of 2013 and 2014 changed the tournament into a ritual – and the object of numerous optimizations. Every year the players become more professional: Rules are determined and ambitious teams started to train in their lunch breaks and outside of the Connox warehouse.

The enthusiasm during the games doesn’t only raise the motivation during the working breaks, but it also encourages togetherness. New employees get to know their new colleagues and some long-established colleagues show their own true colours when they forget where they are while they’re swearing at a goal against them. A different face is revealed then. Some of us looked at the team we were playing against bright eyed, asking ourselves who we were sitting next to for years.

It started as a small movement out of the office chair, becoming a beautiful event to be celebrated every year. People spending most of their awake time together, should laugh with each other from time to time.
Most of the preliminary games of this year’s championship have already taken place and the preparations for the quarterfinals are going on. We can expect a lot of the games of the upcoming championships, since the players improve their skills and the eliminated teams will get a new chance… 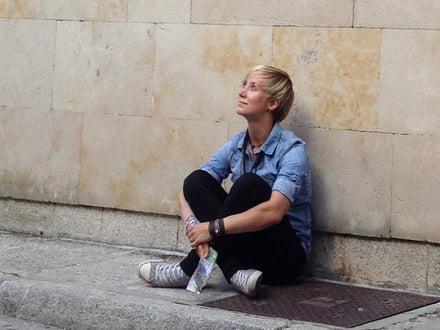 Hello dear design enthusiast, my name is Josi and I’ve now happily and satisfied worked for five years at Connox in the product management department. When I’m not working or sitting behind a university desk, I fill my glass of luck spending time writing, with BVjA writer’s meetings or with Spanish and English literature. My love for diving, surfing and running grew on the Canary Islands during my first 20 years of life – which is the reason why I enjoy running, geo-caching and playing table soccer with my colleagues.