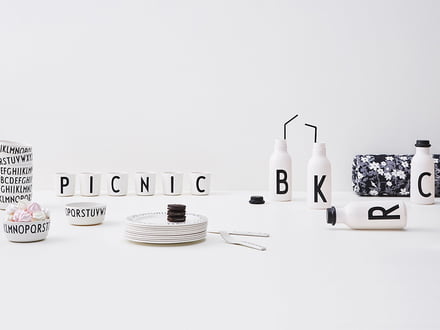 Typography is the living trend of the year. Walls, cushions, cups - everything is adorned with letters. Why not? Font can do a lot. It gives us the opportunity of expressing ourselves, knowledge and emotions. Words make us individual. The decoration possibilities are just as versatile as what we can express with words. Reason enough to look even closer at the topic of typography. We learn it all from A to Z.

Typography is about the look of a text and the font used. Properties such as colour, size or distance play the main roles. Features such as an italic or straight alignment of the letters are just as important. Fonts are divided in sans-serif fonts and such with serifs. Serifs are the little lines above or below the body of the letter. The typography is not the content of the text but much more its look.

Typography has a history, and it is longer than most people think. Already, 113 b.C. the Romans laid the foundations for the appearance of our font with their capitals. Every child learns the alphabet according to their principles still today. But also other later periods have contributed to the development of literate culture.

P like progress: the beginning of the advertising industry

The years around 1900 are often referred to as the beginning of the advertising industry. Because the industrial revolution brought many innovations for the typography. One of them was lithography, the printing. The production of magazines and advertising posters in large quantities was made possible through it. 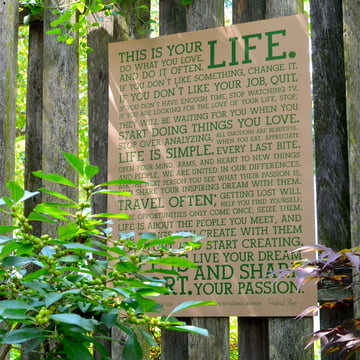 Things were thrilling in the 20s failed. The graphic design strongly based on the then popular style of Art Deco. Fonts were defined from a strong change of narrow and wide elements. This striking design was picked up again by the manufacturer Snug.Studio with the snug.abc poster. The highly simplified shapes of the letters remind us of building blocks. The Bauhaus was in a kind of opposite movement to Art Deco. The graphic design and designers tried to create elementary typographies. Letters were restricted to their basic geometric shapes. Indispensable tools for it: Compass and straightedge. The guiding principle of the Bauhaus fonts was the simple understanding among different folks. 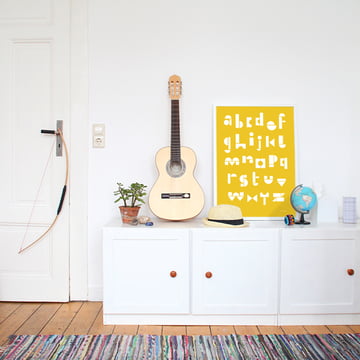 The invention of linoleum photocomposition systems influenced the writing of the 60s. It was possible to enlarge, shrink or distort fonts with this technique contrasting the lead set print. Apple finally revolutionized graphic design in 1984. Designers hat different possibilities of designing fonts at once with the launch of the Apple Macintosh. In particular, the punk scene was enthusiastic. Fonts were carved up and glued together again.

V like Visionary: David Carson starts it all over again

The typography of the 90s was under the pen of David Carson. The art director of the Ray Gun magazine broke typographic rules. He moved together text columns, wrote texts backwards or cut letters. He was awarded for his unconventional work with 150 international design awards. The Manifesto poster by Holstee shows how exciting different character sizes and distances can be. The manifest on the poster was the first thing that the three founders of the brand created together. They wrote it to redefine the term "Success" for themselves.

W like Why?: That's why we love we typography!

Fonts are rather straightforward and clean today. They are especially used in the digital age of better understanding. Nevertheless: Typography has creative potential! It is individual and perfect for wall decoration. No matter whether you prefer proverbs, wall tattoos or individual letters, the possibilities are as numerous as the fonts themselves. This is shown by the manufacturer Design Letters. The Danish design company started its success story in 2009 with wooden letters. It expanded the product range with the tapographies of the world’s famous designer Arne Jacobsen in 2011. He had already created the font in 1937 for the Town Hall of Aarhus. Today, the Arne Jacobsen font exists from A to Z on cups, bowls, bedding or pens.

You see, there are countless ways of decorating with letters. It's not hard. So get to the letters!