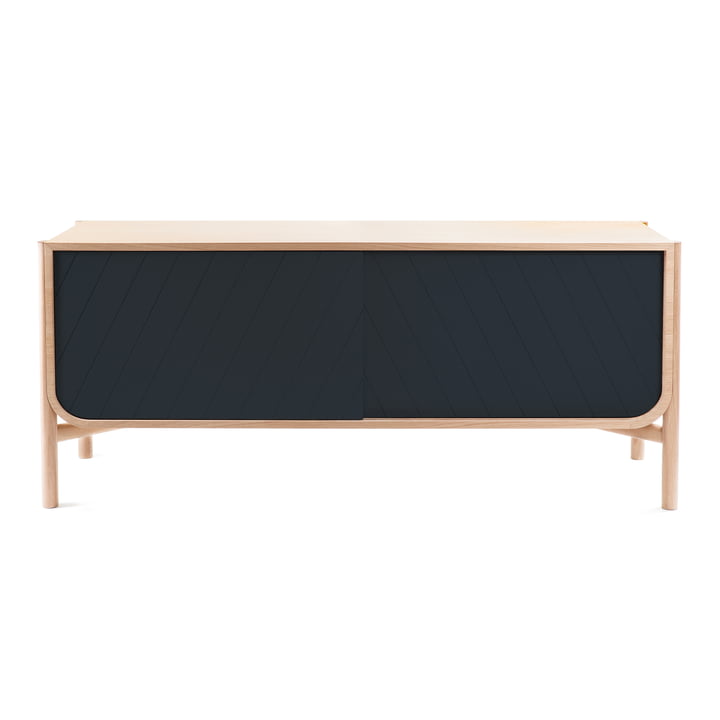 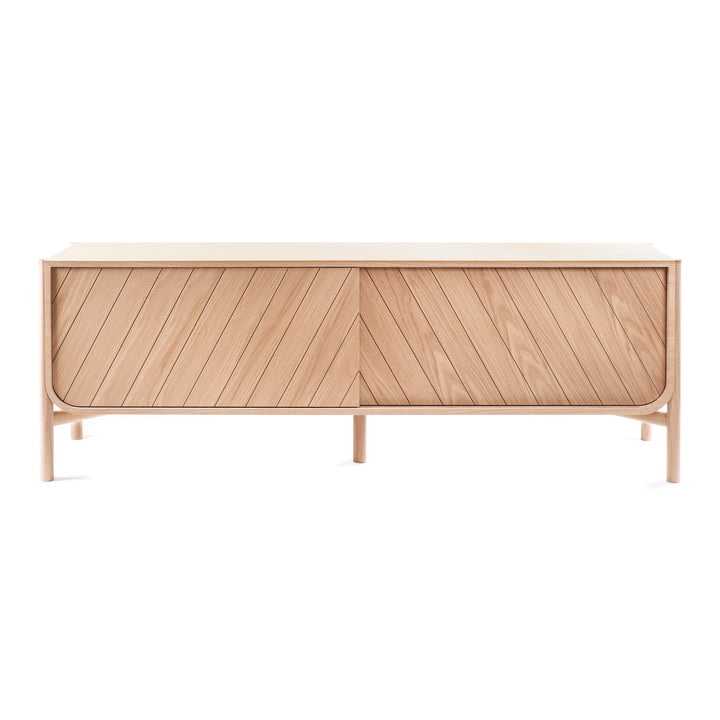 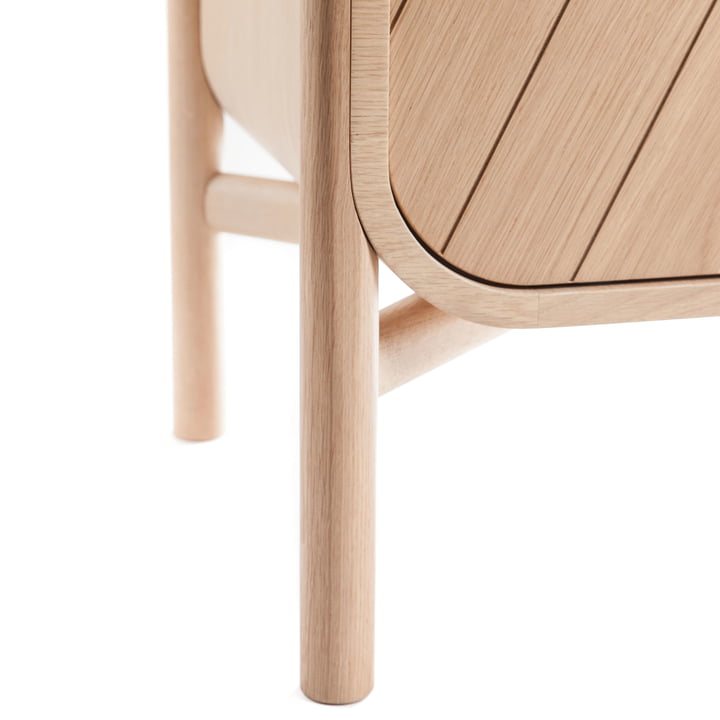 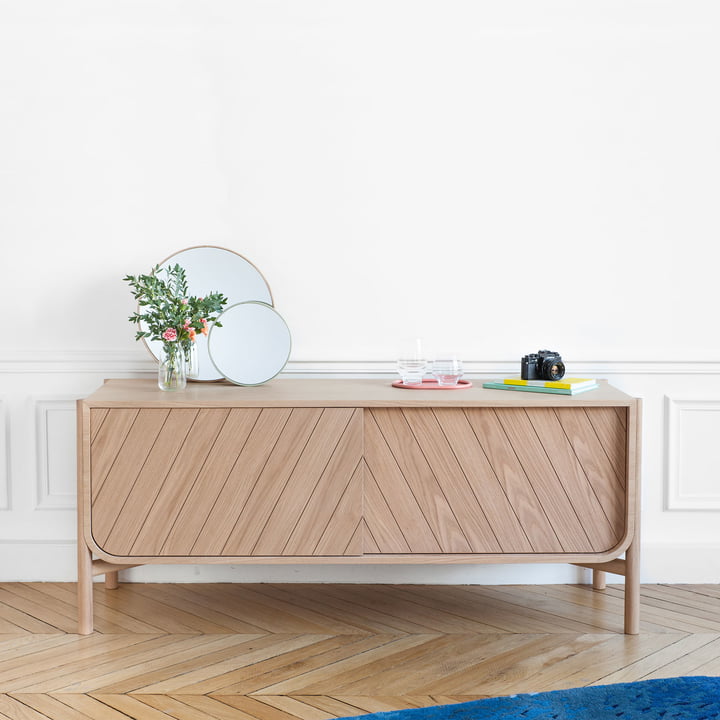 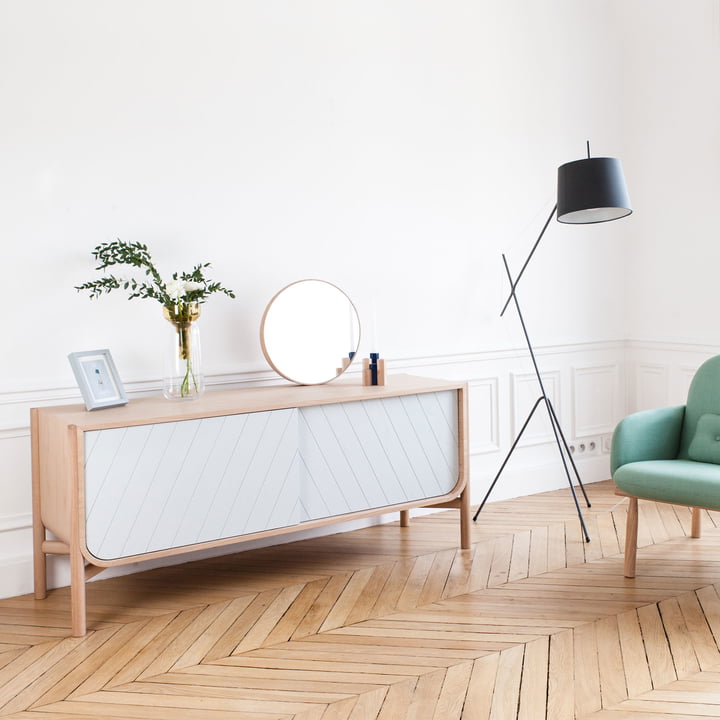 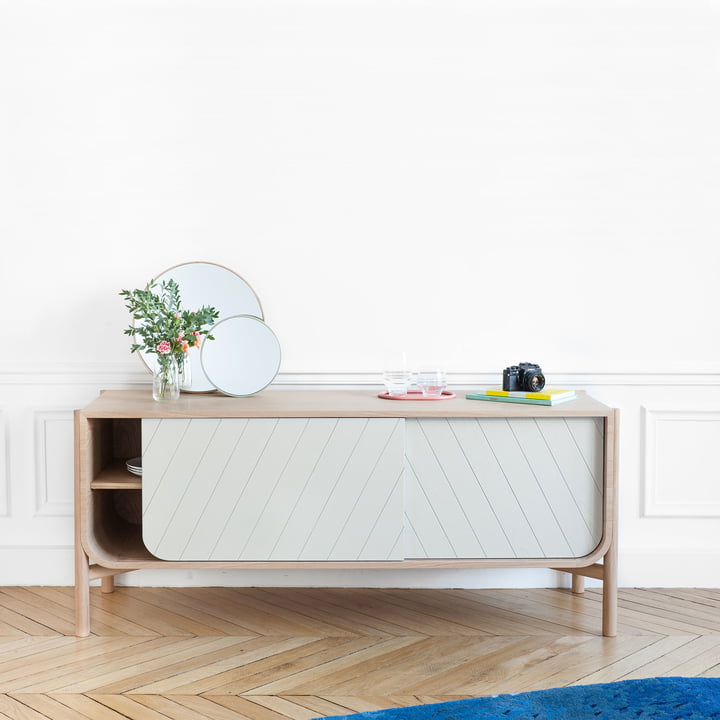 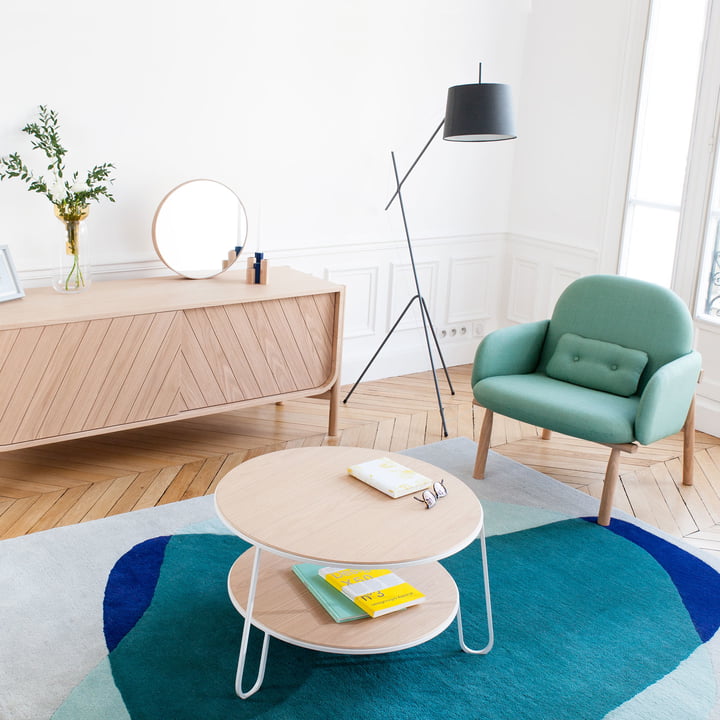 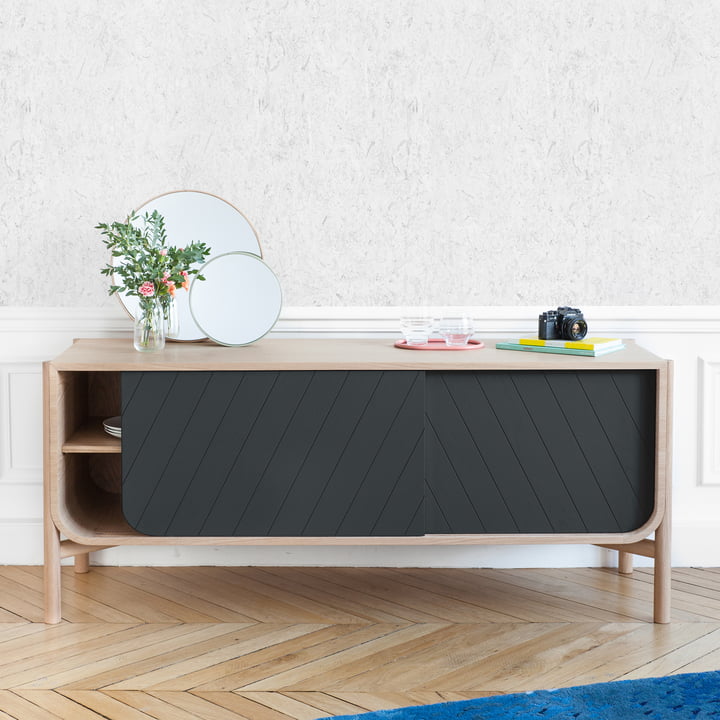 The Marius Sideboard by Pierre-François Dubois is the French designer's sixth design object for Hartô . It is a sideboard made for mermaids and sea dogs who can't get enough of the rough wide sea.

The sideboard alludes to the shape of a ship's hull with its round curves, while the pattern on the two doors is reminiscent of sails. Behind the two sliding doors in the sail pattern hide two levels on which dishes, books, folders and much more can be discreetly and discreetly stored.

The Marius Sideboard by Pierre-François Dubois for Hartô is made of MDF with oak veneer. The legs are made of solid oak. In addition to the oak version, the doors are also available with lacquer finishes in light gray and petrol, bringing the Scandinavian sea into the living room.