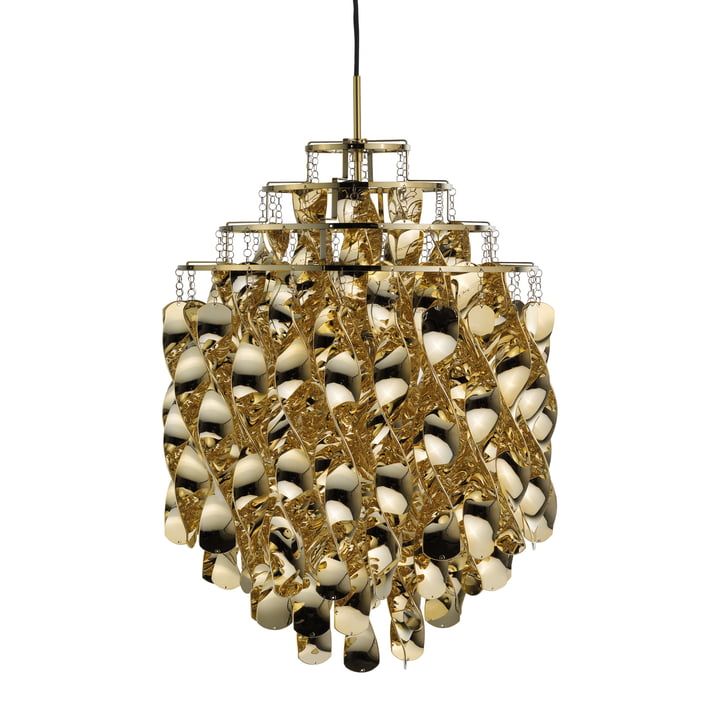 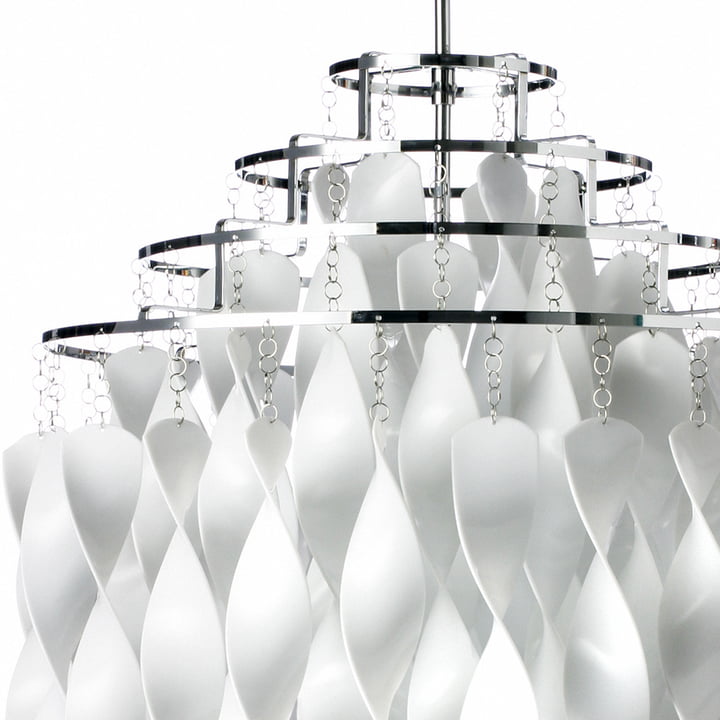 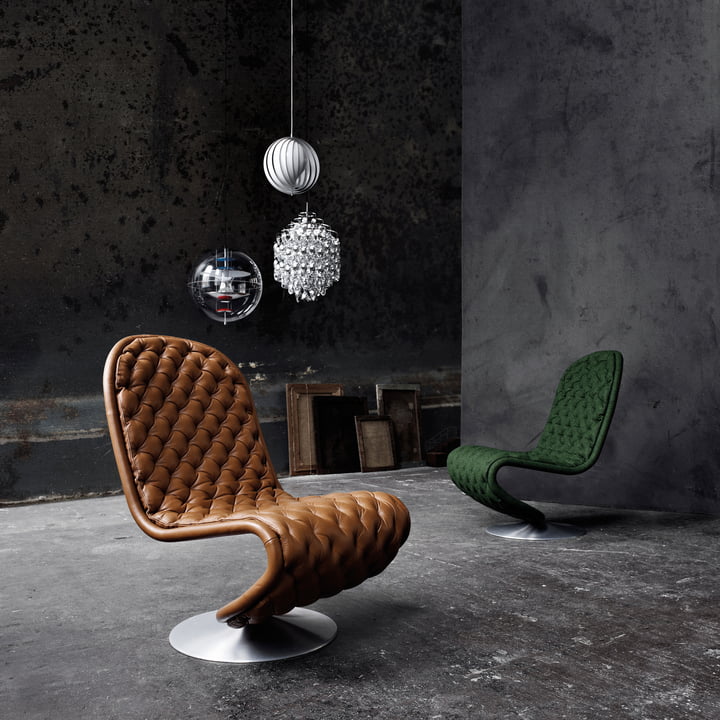 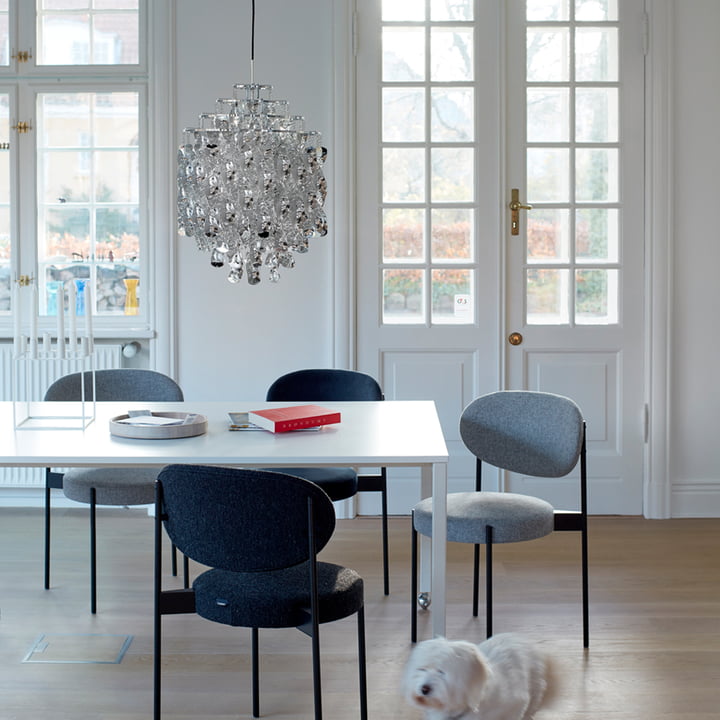 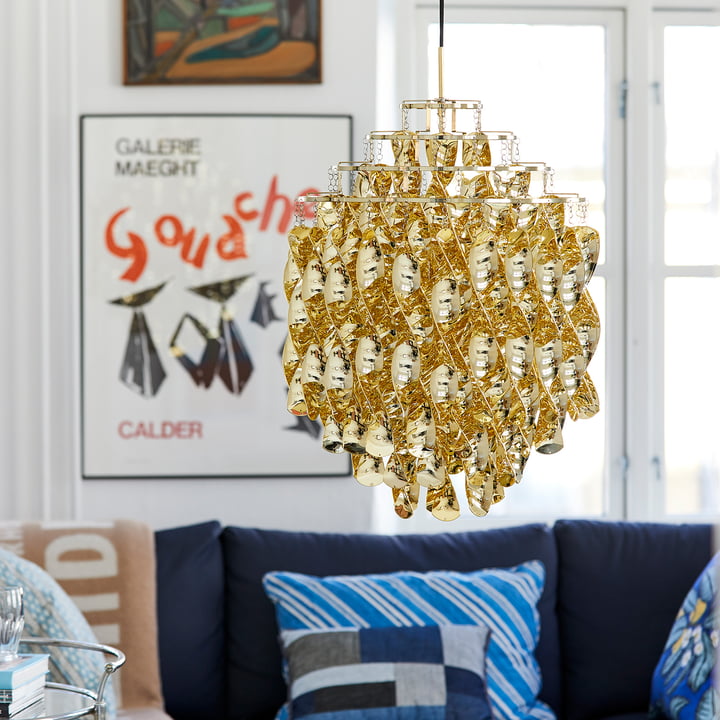 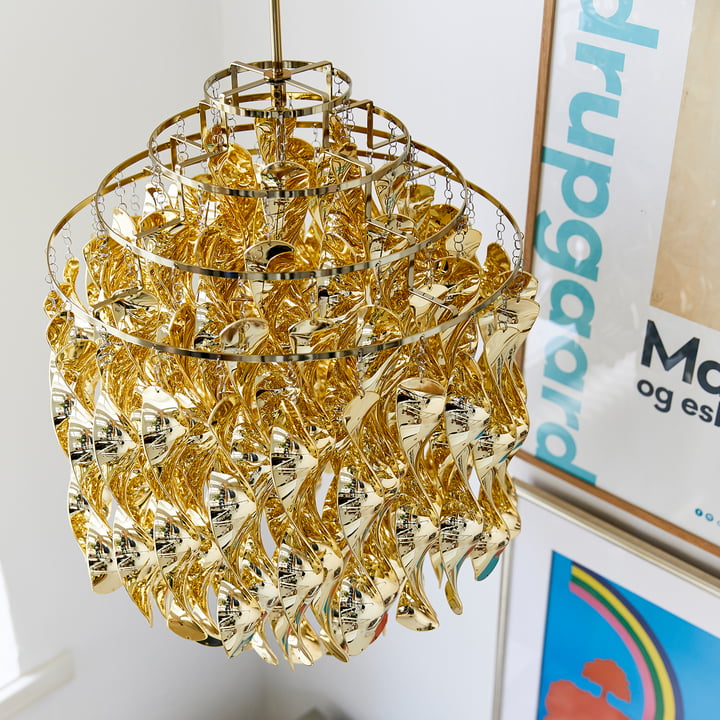 The Spiral luminaire series was designed by Verner Panton in 1969 and is now produced by the Danish company Verpan. The Spiral luminaires are regarded as a further development of the Fun Lamp series, which Panton presented five years earlier (1964). As with the Fun Lamp, Panton uses metal tyres for the Spiral Lamp, to which he attaches movable elements using small metal rings. In contrast to the Fun Lamp, the Spiral Lamp does not use mother-of-pearl or aluminium plates, but spiral-like elements made of plastic. These spirals, which give the luminaire its name, give it a spherical overall appearance because they are suspended on different levels. As with the Fun Lamp, the Spiral Lamp is available as a single luminaire with a metal frame or in cluster formations with one to three "luminaire bundles" arranged one below the other.

As a masterful example of Panton's unique play with shapes and colors, the Spiral Lamp plays with all the senses. A slight draft of air sets the spirals in motion and the lamp seems to have been brought to life. The light (illuminant E27 max. 75 W) hits the spirals from the inside of the luminaire, which in turn distribute it in gentle rotary movements as wonderful reflections in the room.

"Light and colour are closely linked. (Light) colours can bring about decisive changes, e.g. when you switch from daylight to artificial light or from strong to weak lighting. In addition, colour perception is influenced by the material structure. Even if a piece of textile has the same colour as a glossy enamel tile, the two behave completely differently." says Verner Panton about the interplay of light, colour and material in design.

Every Verpan product comes with a certificate of authenticity. This certificate guarantees that these are original products, which are still manufactured today according to the strict quality specifications of Verner Pantons by Verpan.