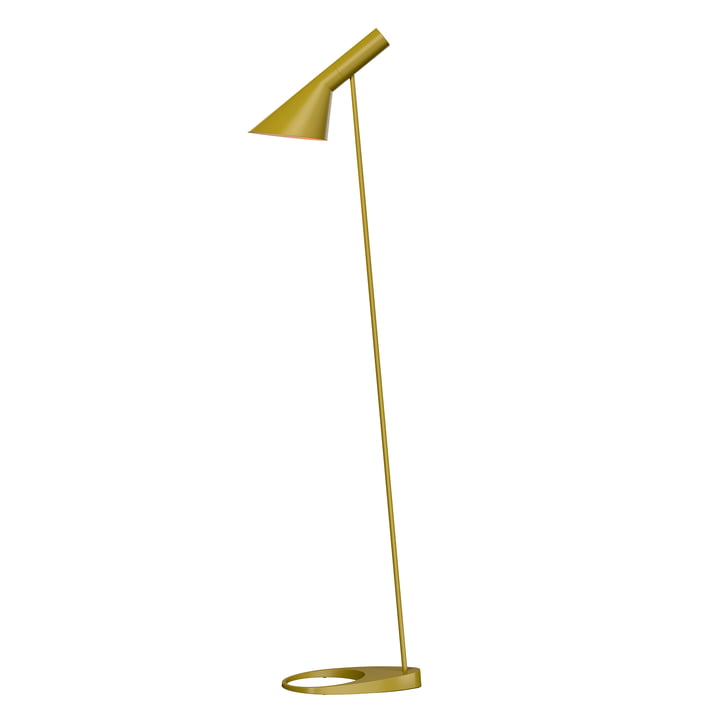 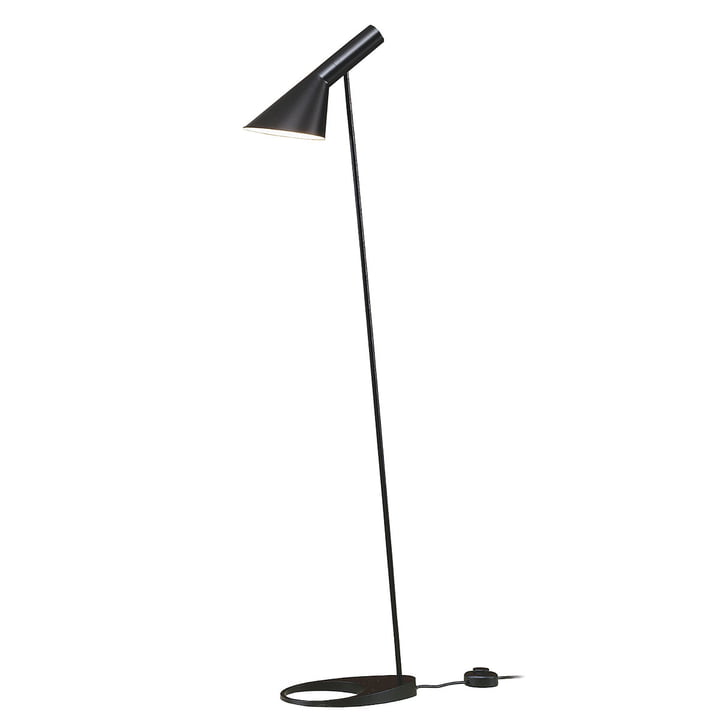 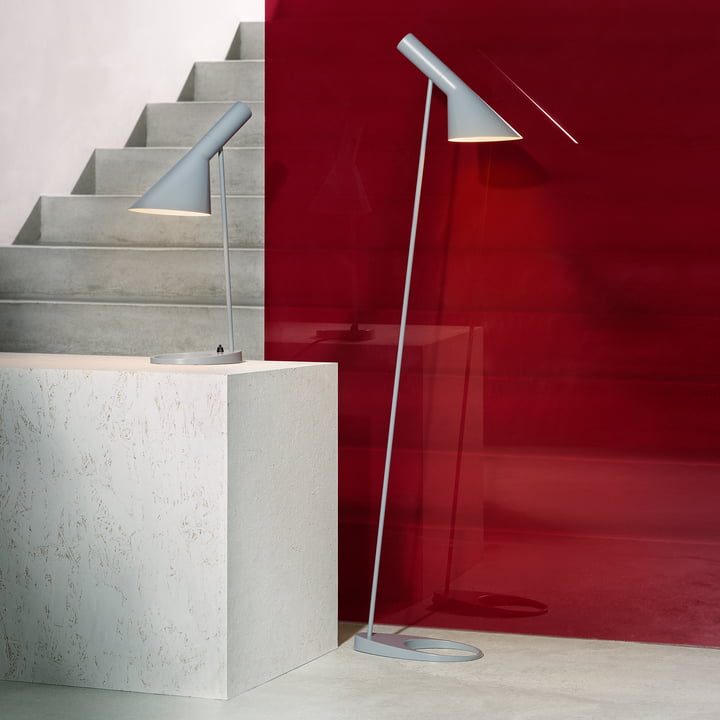 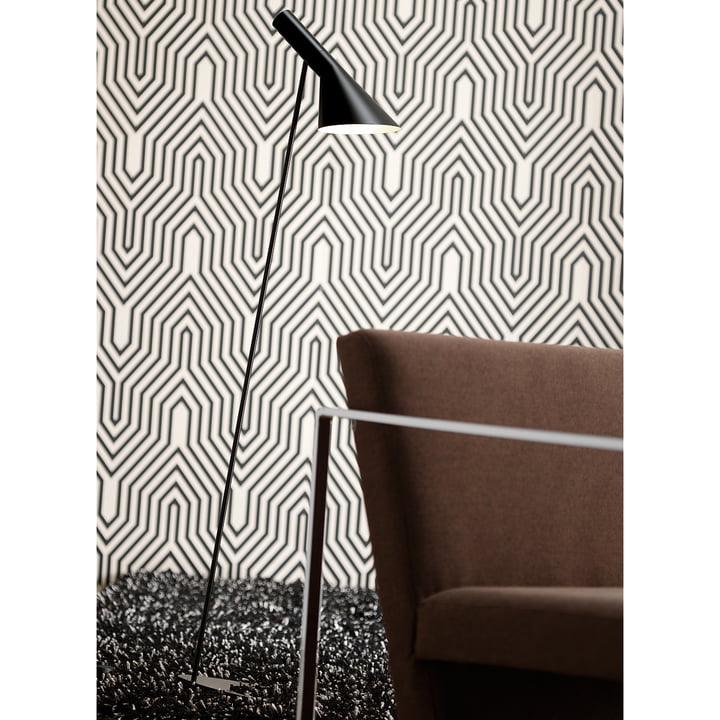 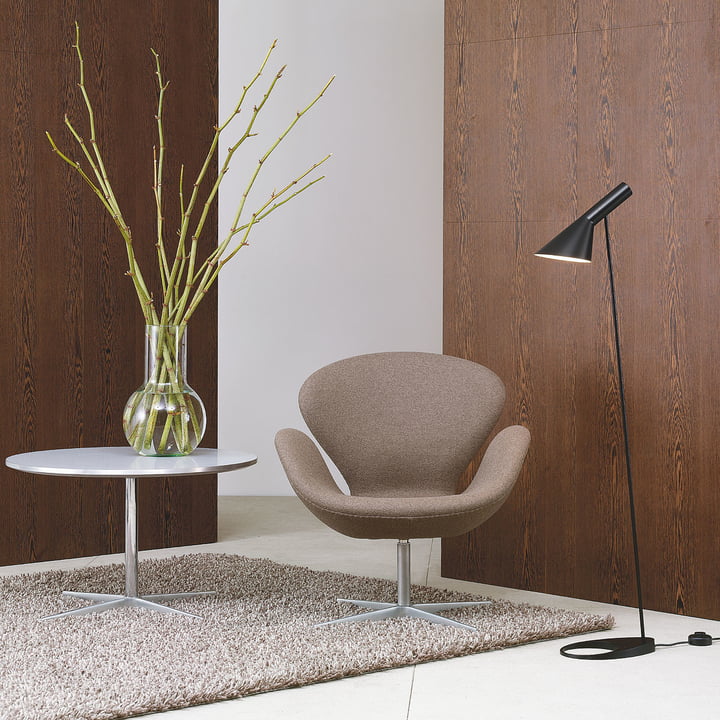 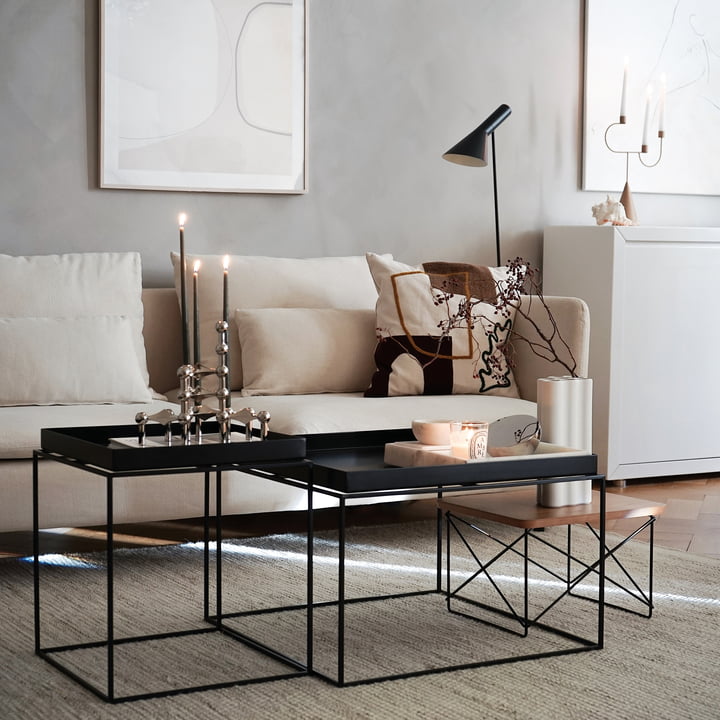 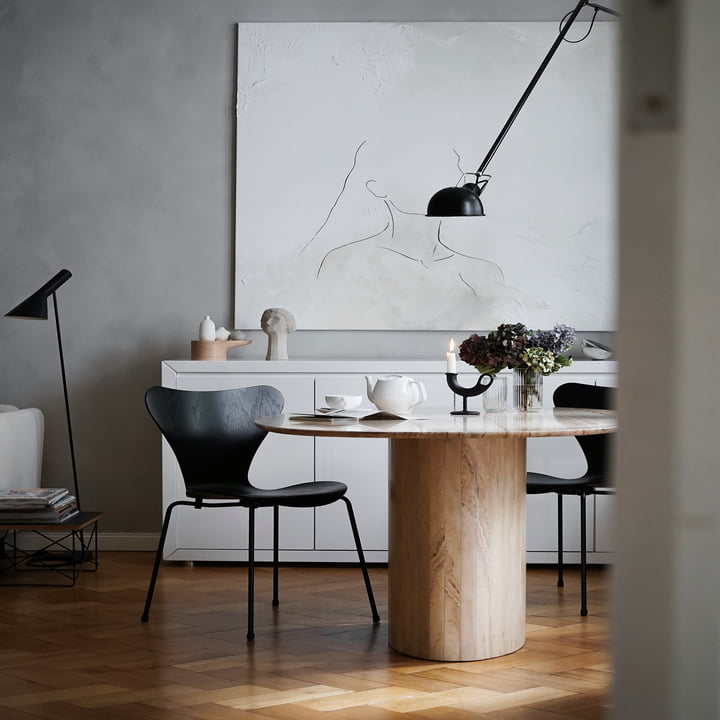 With the AJ floor lamps, the designer Arne Jacobsen is honoured Louis Poulsen and celebrates the 60th anniversary of the AJ lamp series. The collection includes both classic and contemporary colours, which have been carefully selected to match Arne Jacobsen's existing colour world. Dark green, ochre, rust red, midnight blue, aubergine and two shades of grey are available.

The AJ floor lamp stands out with its unusual, swivelling shade, whose asymmetrical shape distributes the light accordingly. The lamp base with the characteristic opening contributes to the elegance and weightlessness of the design. Thus it has long since become one of the modern classics of the design of the 20. Century.