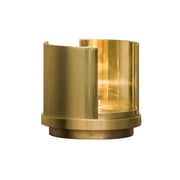 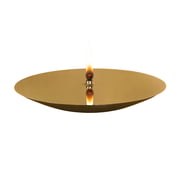 Tribute to the Fire and People

After little more than a decade of activity, the Swedish manufacturer Wästberg decided to take another step back in history and to design light sources that don’t require electricity. Holocene is a series of oil lamps and candleholders that are perceived as a tribute to fire and people.
For the series, Wästberg worked together with Ilse Crawford, David Chipperfield and Jasper Morrison.

The once-promising Holocene period gave way to the Anthropocene, a time where humans began to impact the earth's ecosystems. The newly formed Swedish lighting company recognised that something needed to be done: The “realm of mankind” needed to be restored .

This resulted in a candlestick and two oil lamps in brass that pay tribute to fire and natural light and allow man to live in harmony with nature.