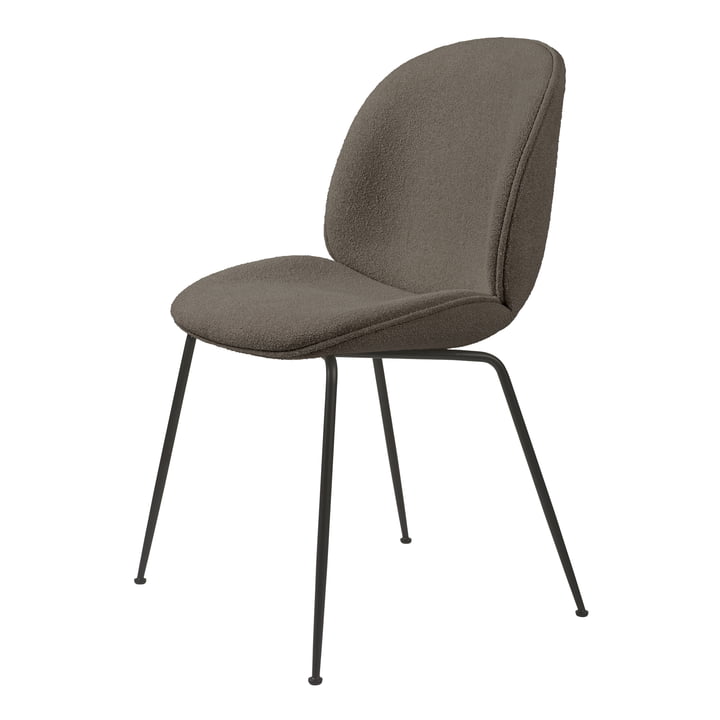 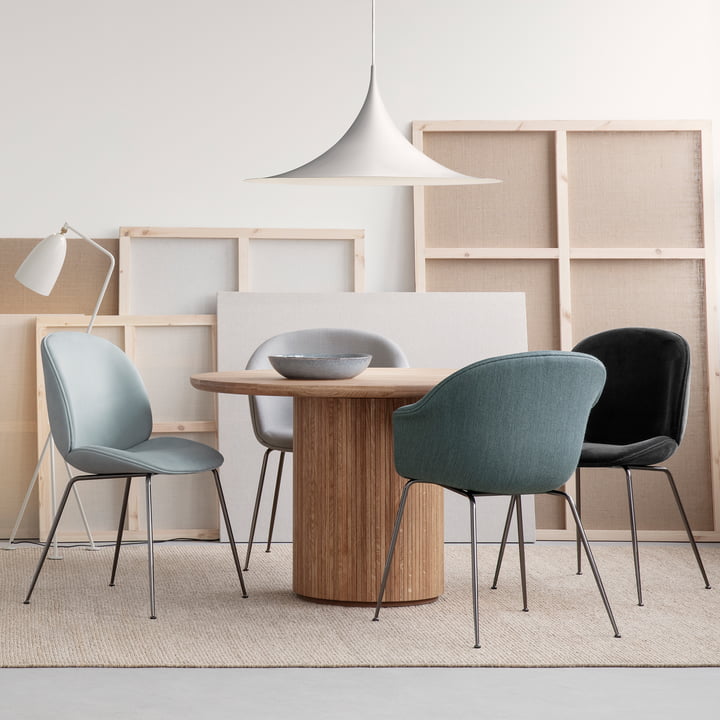 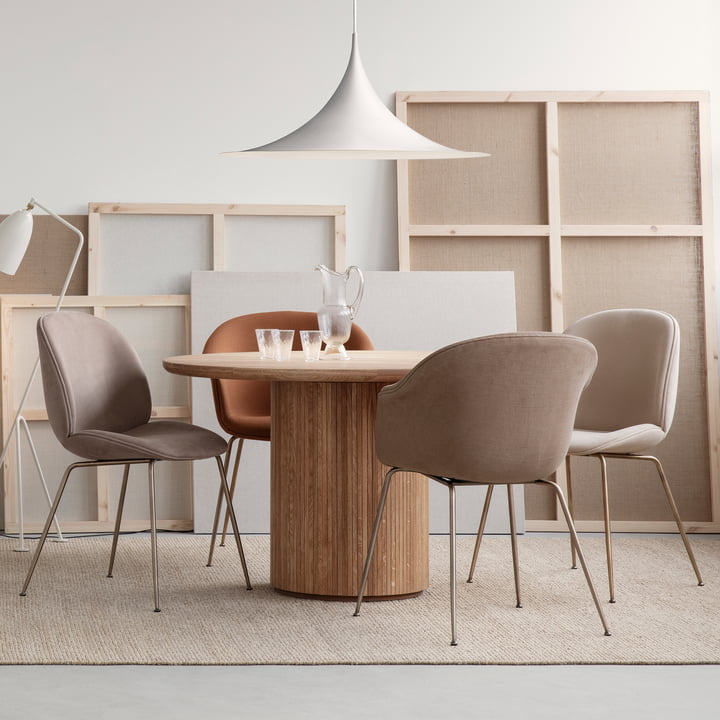 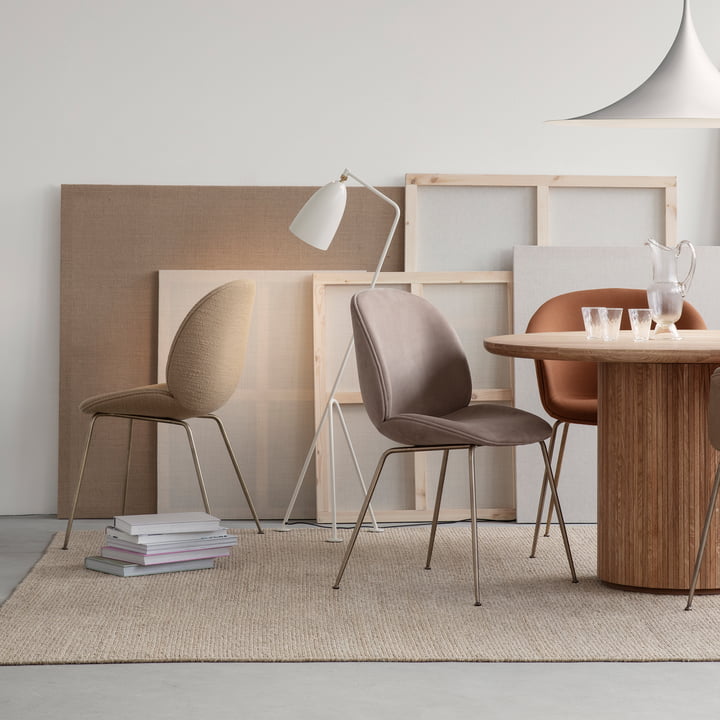 The Beetle series by designer duo Stine Gam and Enrico Fratesi, GamFratesi, is a perfect example of how nature is a model in the modern world. The idea for the Beetle series was born when GamFratesi studied the anatomy and aesthetics of beetles in detail. They were particularly fascinated by the interplay between the insect carapace and its inner life: The hard shell protects and caresses the vulnerable and soft interior of the beetle, while at the same time giving it an elegant look.
The Beetle series takes up precisely these core elements: form, shell, hard shell, soft core.

The duo developed the Beetle Chair series for the manufacturer Gubi . The comfortable chairs not only take over the look, but also the versatility and timeless ability to adapt. Whether in the office, at home, indoors or outdoors, whether for eating, relaxing or working: The Beetle chair promises timeless seating comfort with its stable shell and soft and comfortable interior.