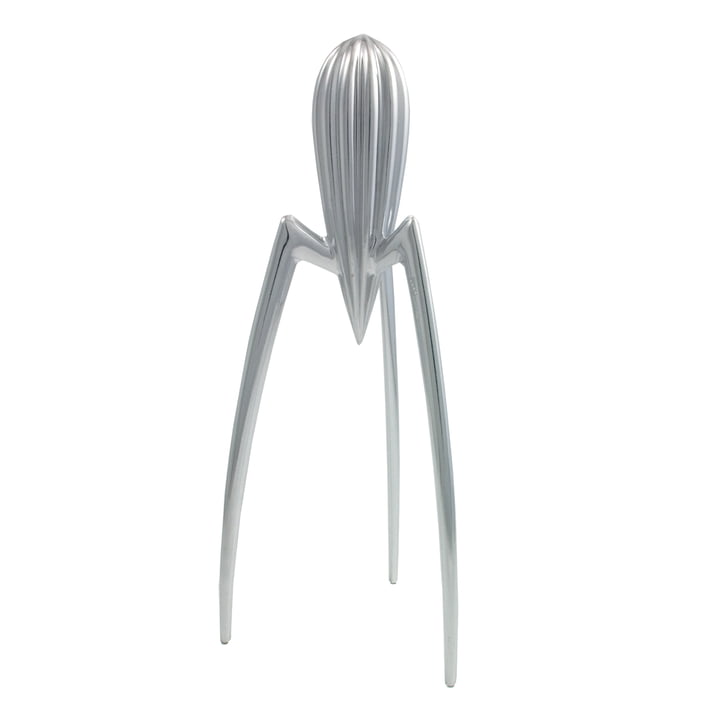 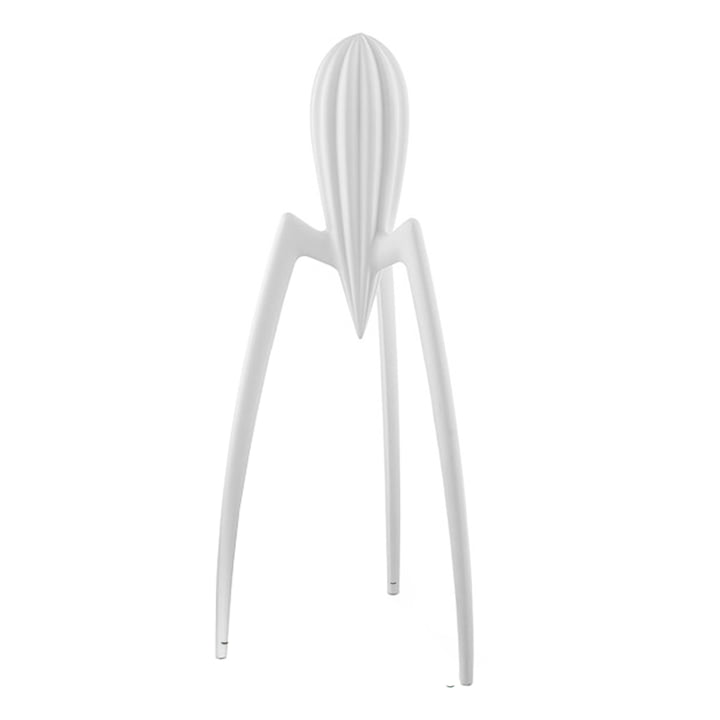 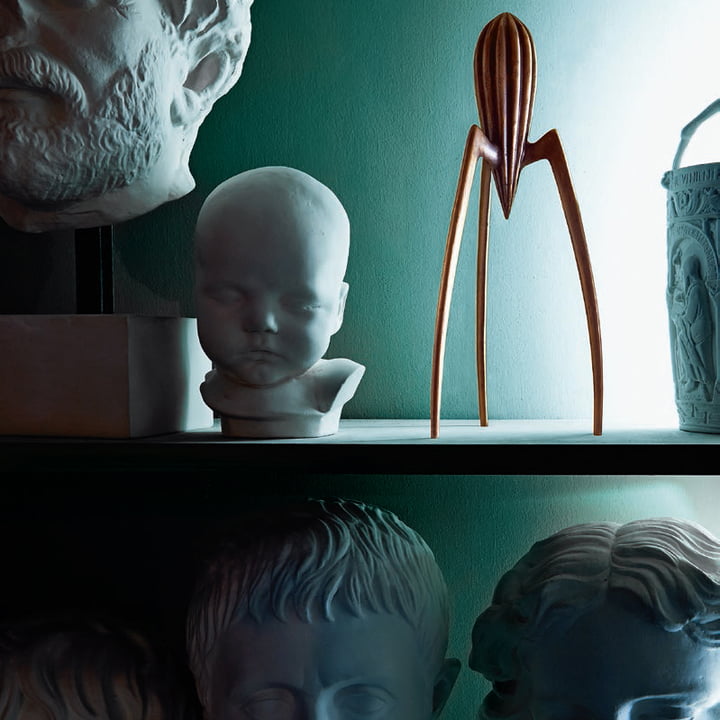 Philippe Starck designed the Juicy Salif on the island Capraia when he had a holiday in Italy. He sketched the idea for the squeezer on a napkin, which was finally realized by Alessi in 1990.

The Juicy Salif lemon squeezer is one of the most iconic design objects of the 20th century, since it represents the Italian houseware company Alessi like no other product.

The lemon squeezer is ”an artwork and ‘conversation piece’, which is desired by people being an abstract sculpture”,
Explained the Italian writer Umberto Eco.

The squeezer convinces with the futuristic appearance, which reminds us of a rocket and the filigree look of a spider at the same time – the real function remains in the background.

The anniversary edition honours the iconic design, since the squeezer is offered in a limited version of 299 pieces of massive cast bronze and in a version of matt white ceramic coating.