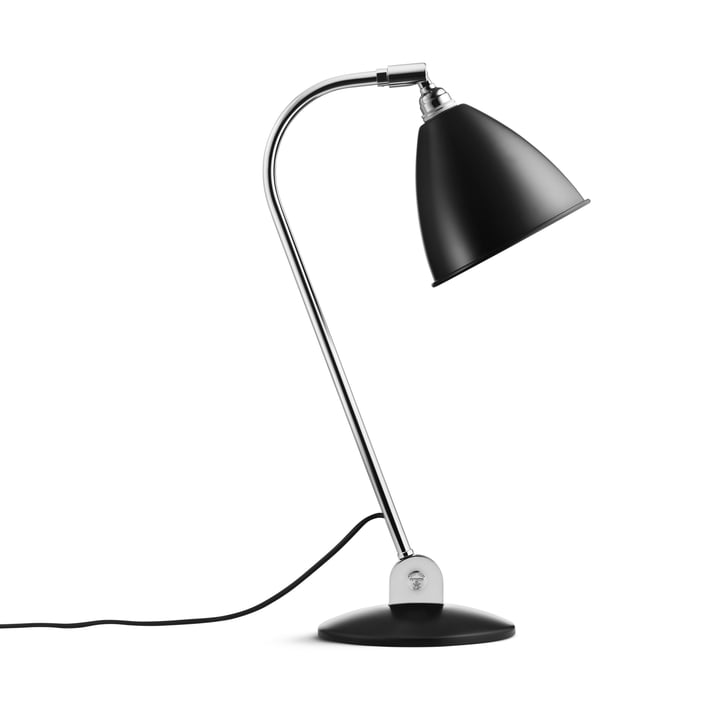 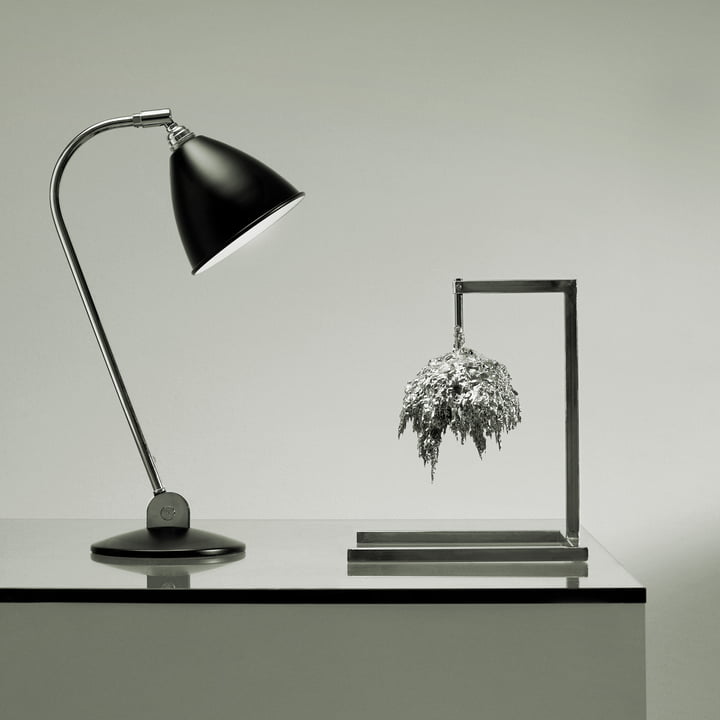 The BL2 by Gubi is the more compact of the two table lamps from the pen of designer Robert Dudley Best. In contrast to the BL1 table lamp by Bestlite, BL2 cannot be adjusted in height - but is no less practical. Rather, the lamp appears simpler, "rounder" and more self-contained than the BL1 and also offers maximum functionality.

In the time when the table lamp BL2 was designed as part of the BL series by Robert Dudley Best, it was revolutionary simple and had a clear and unusually functional design language for the time.

Nevertheless, the visual similarities between the BL lights are enough to qualify them as examples of classic Bauhaus design with their simple and functional designs. This was reinforced by the fact that the Briton Robert Dudley Best maintained close contacts with Dessau, Weimar and Berlin, the centres of the German Bauhaus movement at the time.

The BL2 is particularly impressive as a work lamp, as it can be rotated and swivelled, so that every angle can be optimally illuminated. The pivotal point is the rotating element on the frame and a ball joint on the lamp head. The lampshade can thus be brought into almost any position, allowing the light to be directed optimally and specifically. A heavy base plate at the foot of the lamp ensures a safe and firm stand.

The BL 2 table lamp was designed in the 1930s. The lamps became popular because the two-time British Prime Minister Winston Churchill had a BL1 lamp on his desk in Whitehall. Many architects and designers created great designs under your light.

The BL2 table lamp by Gubi is available in different colours.