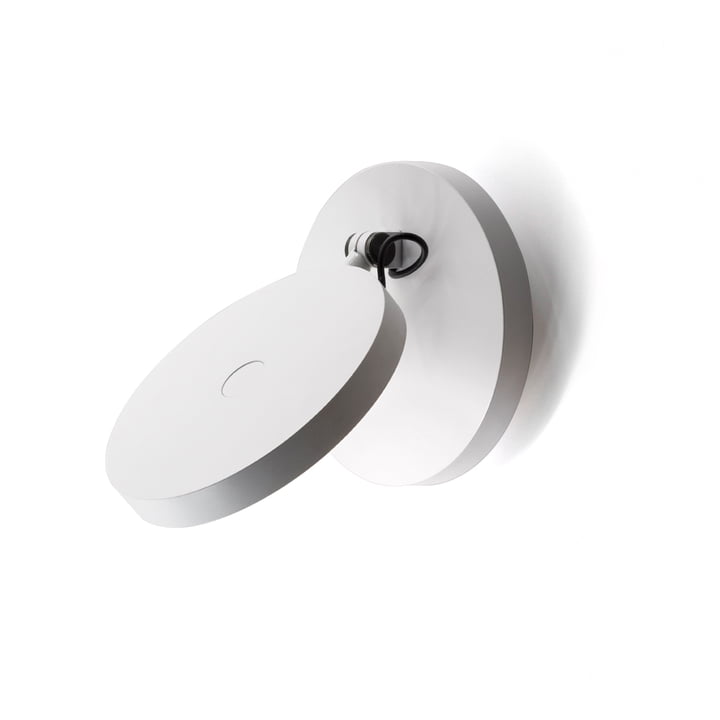 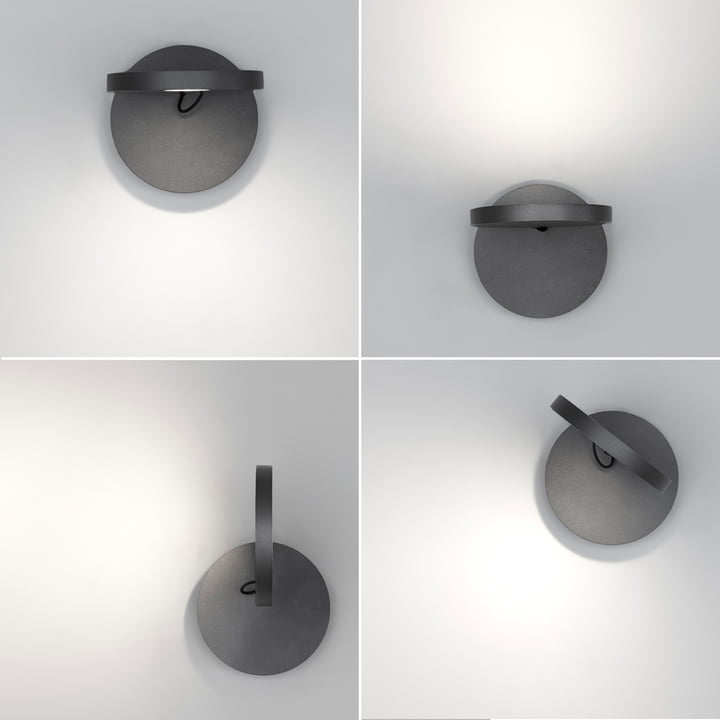 The Demetra Faretto wall luminaire from Artemide is characterised by its simple design and gently emits LED light in any ambience. The base is a round disc made of aluminium, which lies close to the wall. The cables behind it are connected to the power circuit and remain hidden out of sight. The shape of the base is repeated in the lampshade, which is also disc-shaped and equipped with the LED module. The luminaire head can be tilted in the desired direction and emit light exactly where it is needed. If the head is tilted upwards, the light radiates indirectly into the room. Tilted downwards, however, it can be used as a reading lamp, for example.

The reduced luminaire by Japanese designer Naoto Fukasawa is ideal for use as a bedside luminaire, corridor light or to illuminate the worktop in the kitchen. Connected to the power circuit, it can easily be switched on and off at the light switch. The minimalist design of the luminaire has already won the Red Dot Award and the Design Plus Prize.