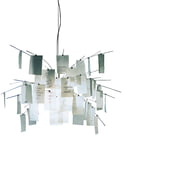 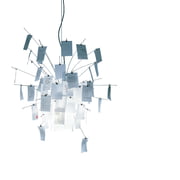 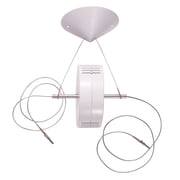 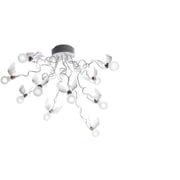 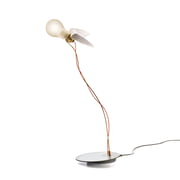 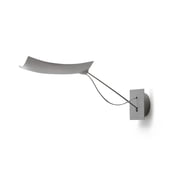 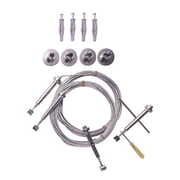 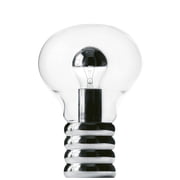 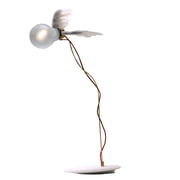 Ingo Maurer is a multiple award winning German designer, who specialized his work on lamps and light design. With his eponymous company he produces experimental and unusual lamps that can be found in several design museums all over the world. Besides the lamps design, Ingo Maurer also develops light solutions for public rooms and light installations.

Ingo Maurer was born on the Reichenau Island at the Bodensee in the year 1932. Initially he made a typography apprenticeship in Germany and Switzerland and then he completed a graphic career from 1954 to 1958 in Munich.

Apart from the product design, Indo Maurer early occupied himself with the light-installation topic. In the year 1985 he designed a YaYaHo installation in Paris in the Centre Georges Pampidou for the “Lumières Je pense à vous” exposition. In the year 1986 the exposition “Ingo Maurer Lumière aha SoSo” took place in Paris and Ingo Maurer developed a special light production for the “Design à la Villa Medici” exposition in Rome. In the same year Ingo Maurer was honoured by the French Culture Minister with the “Chevalier des arts et des letters” medal.

In the year 1999 Ingo Maurer worked in co-operation with the Japanese fashion designer Issey Miyake and developed an installation with special effects for Miyake’s fashion show in La Villete. Furthermore he was honoured with the designer prize of the capital Munich. Also in the first years of the new millennium Ingo Maurer took place at many expositions and obtained many awards. In November of the year 2005 he was named “Royal Designer of Industry” by the Royal Society of Arts in London. In the year 2006 the honorary doctor of the Royal College of Arts in London followed as well as more awards.