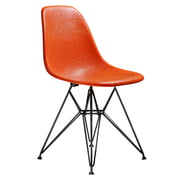 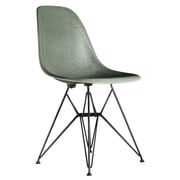 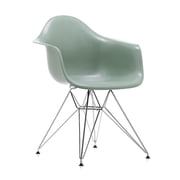 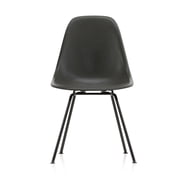 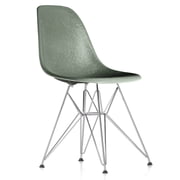 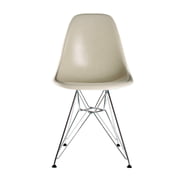 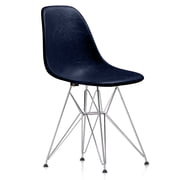 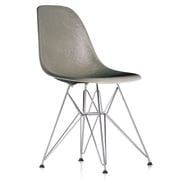 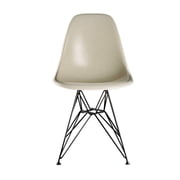 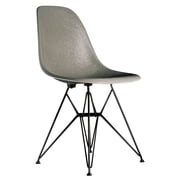 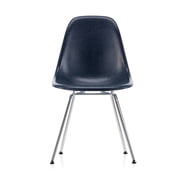 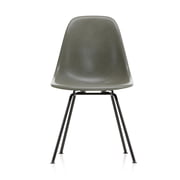 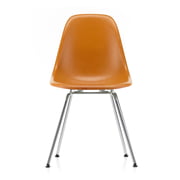 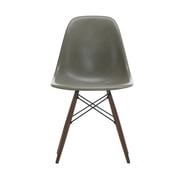 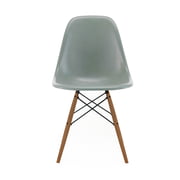 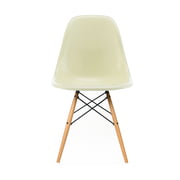 Classic chair made of fibreglass

In 1948, Charles and Ray Eames, the designers of the Fiberglass Chair, submitted a chair with an ergonomically shaped seat shell and a concept for various bases to the 'International Competition for Low-Cost Furniture Design' competition of the Museum of Modern Art. The couple won the 2. Place, but presented their designs first in metal.

In order to make the chair suitable for series production, however, an alternative material had to be found, and so during their research the two discovered polyester resin reinforced with fibreglass fibres, which, due to its malleable yet firm properties, was ideal for industrial processing. Until then only used for military purposes, the material thus found its way into the furniture industry serving as a perfect solution for Charles and Ray Eames. The surface structure also made the seat shells unique: the irregularity and the clearly visible fibres made the material appear natural and also provided a special feel.

In addition to the comfortable seat shells, the two designers developed a series of expressive underframes for the chair for free configuration. In addition to the classic Eiffel Tower frame made of metal and the wooden frame reinforced with metal struts, classic four-leg or rocking chair variants were also produced later. This configuration option still makes the chairs special today.

Charles and Ray Eames also attached great importance to the colour design of the fibreglass chairs, which was initially a challenge. Fiberglass was previously only colorless, so the two of them had to inquire about a suitable coloring method. They spent a lot of time in the factory and worked with numerous prototypes to create a colour world that perfectly underlines the organic shape of the chair. The first colours of the fibreglass chairs included Greige, Elephant Hide Grey and Parchment. Later, the range was complemented by Sea Foam Green, Navy Blue, Yellow, Dark and Light Ochre and Red, colours that are still available today.

Today the Vitra - Eames Fiberglass Chair is a true classic that has lost nothing of its former charm. As an alternative to fibreglass, the chair is also available with a polypropylene seat shell under the name Eames Plastic Chair .