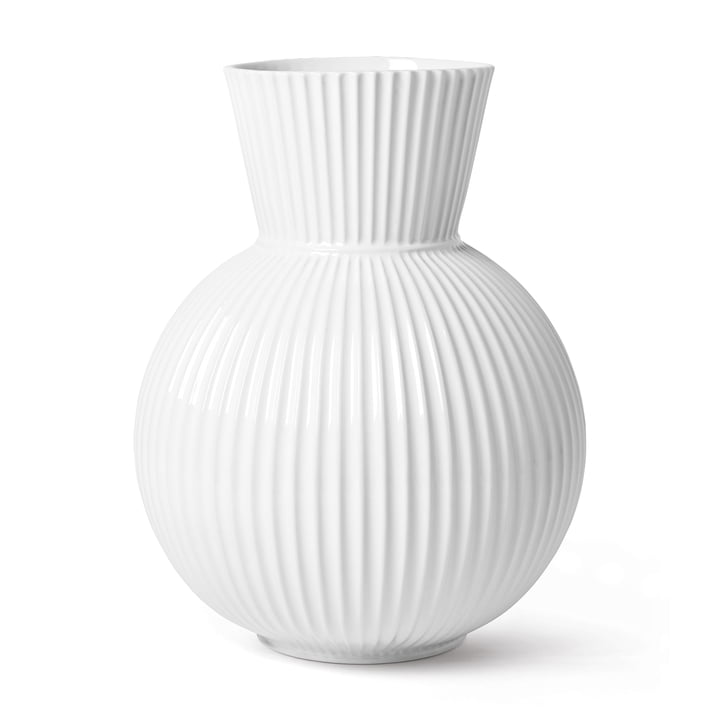 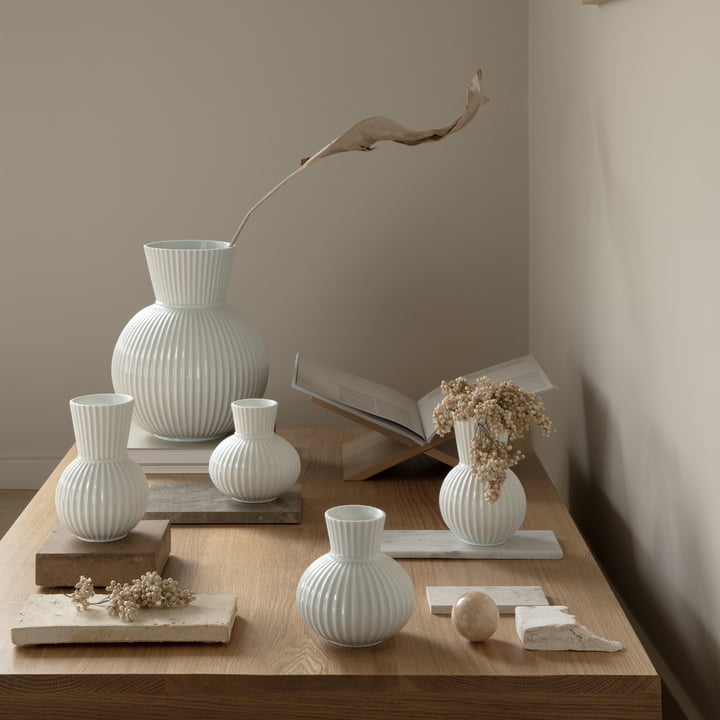 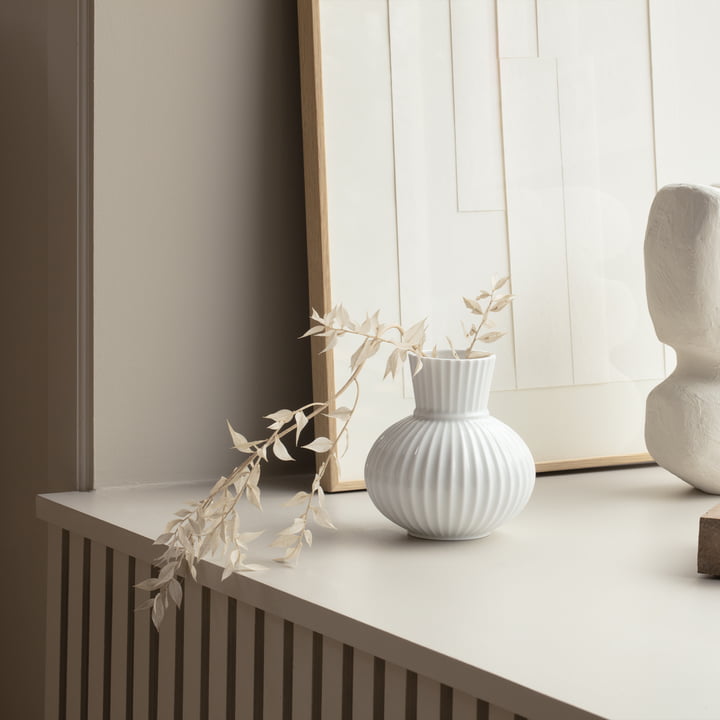 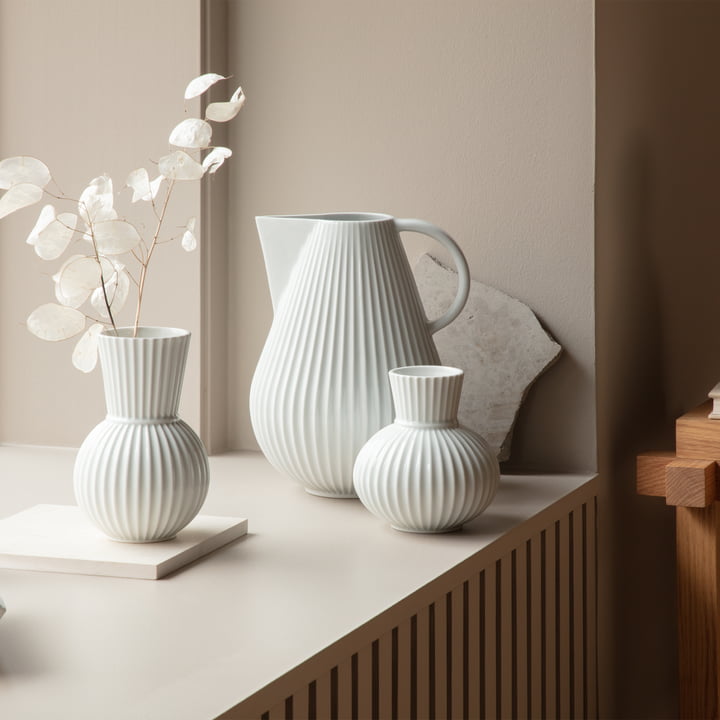 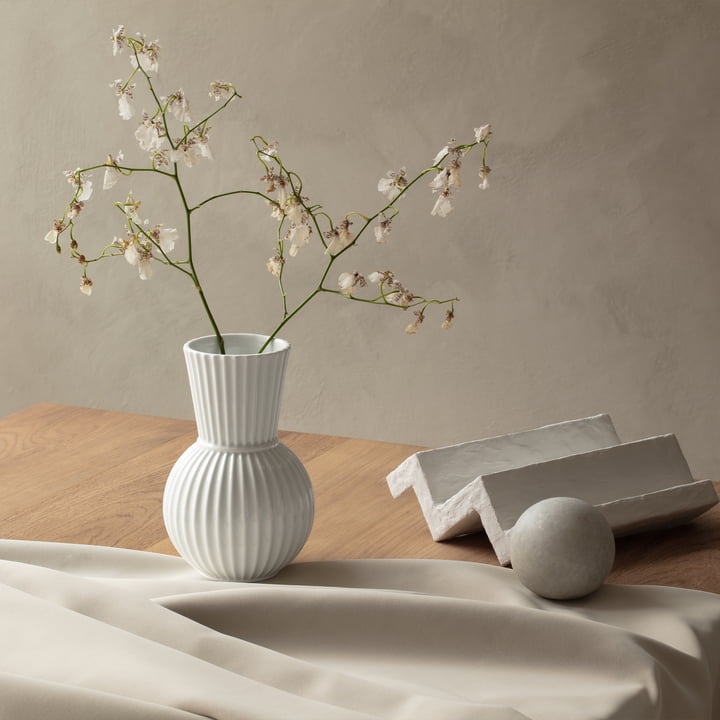 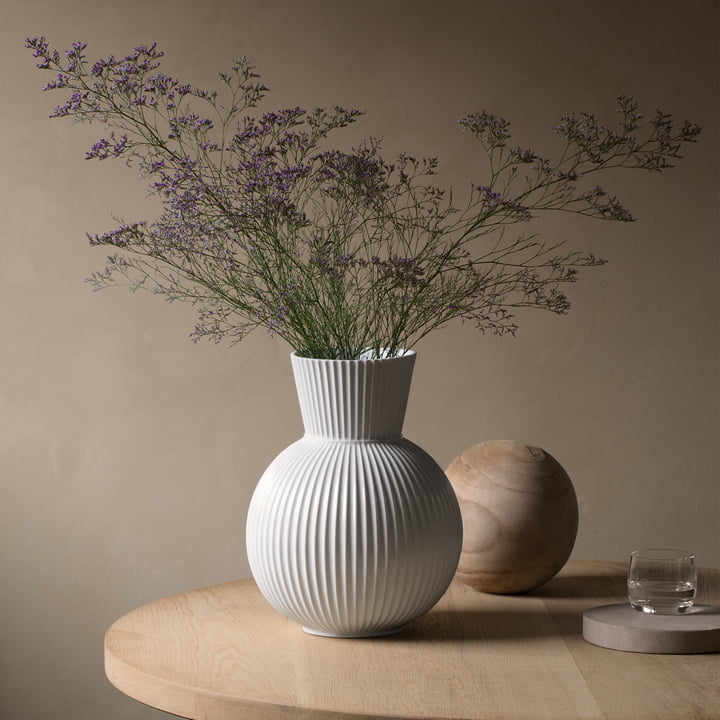 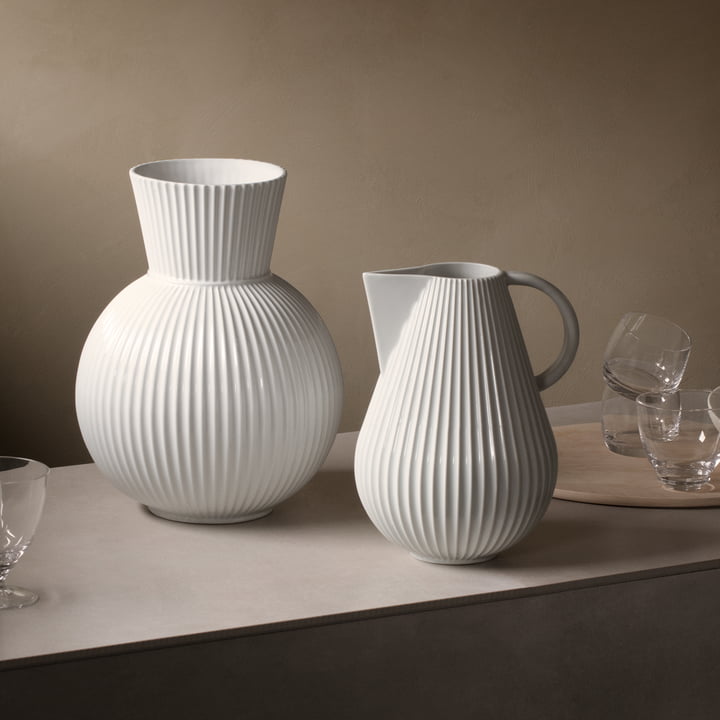 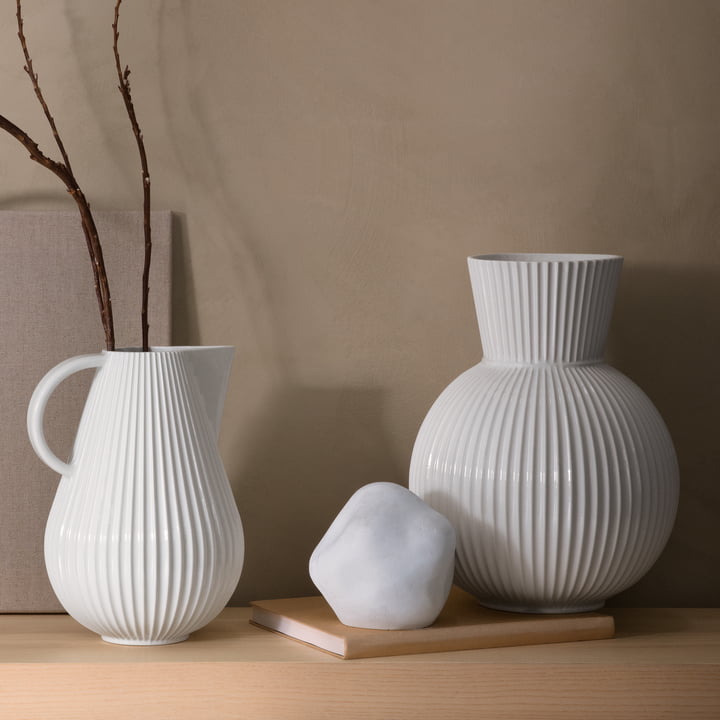 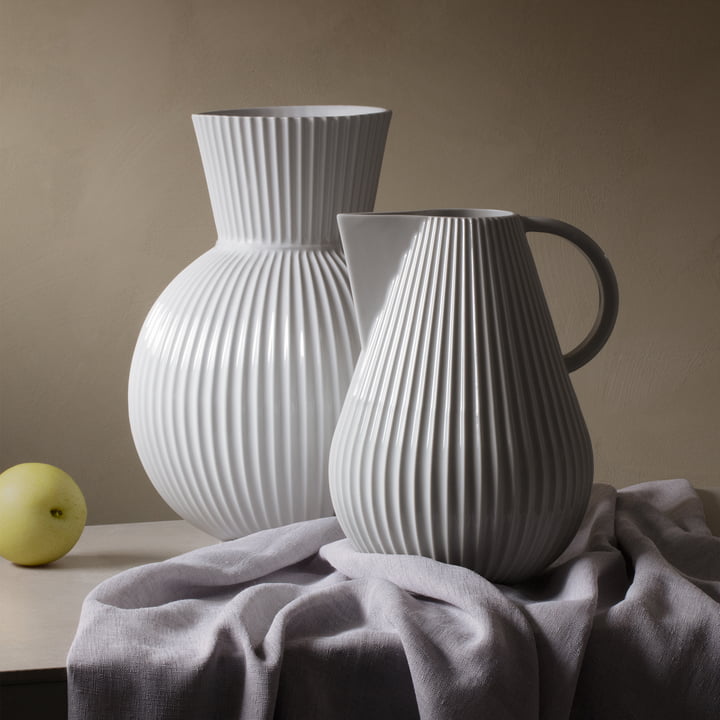 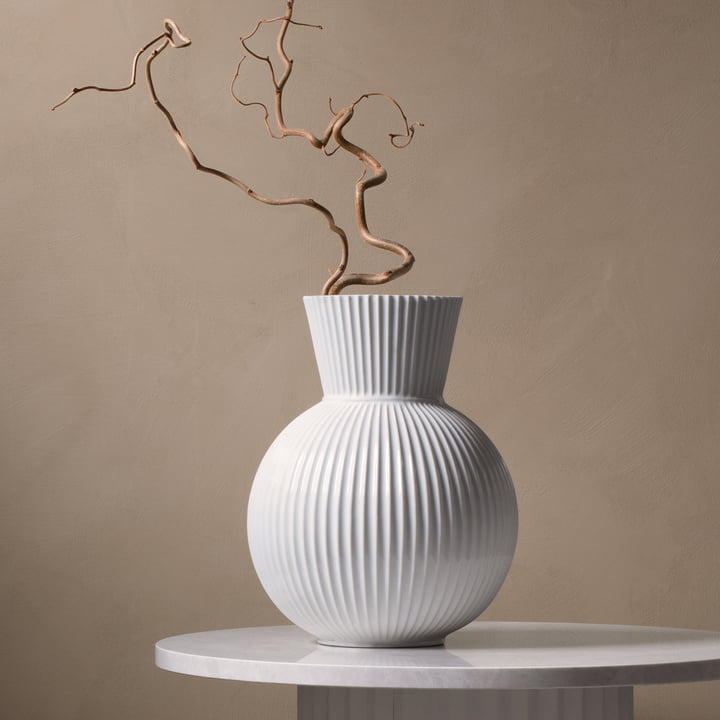 The Tura Vase from Lyngby Porcelæn is a noble vase in a classic, chalk-white design from Denmark. With its non-slip ripples and organic design language, it is a timeless design object that fits into absolutely any ambience, while preserving its personality and enhancing any interior.
As a flower vase or as an independent decorative element, it cuts an excellent figure. It was created by the Danish designer Philip Bro Ludvigsen, whose design is based on the curved, organically feminine design language.