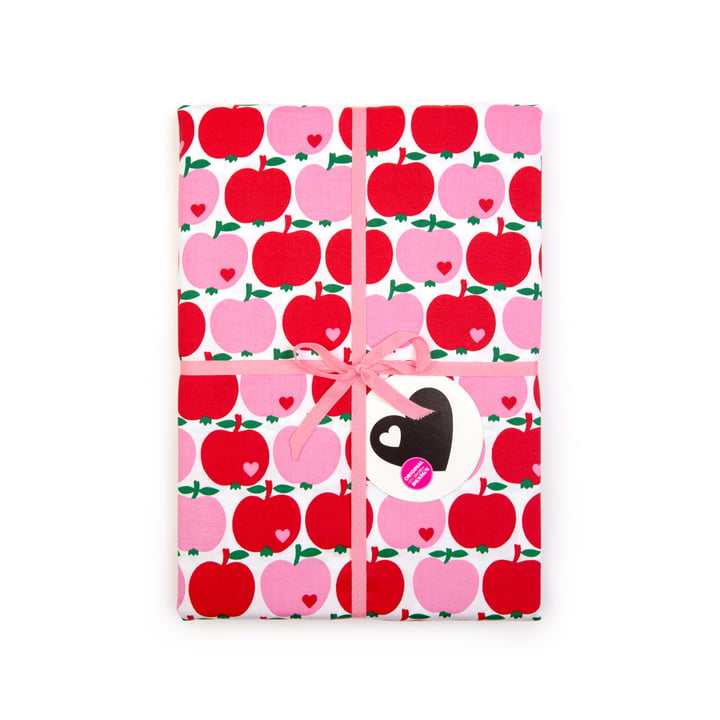 As early as 1971, graphic designer and illustrator Graziela Preiser created her apple motif, which has since adorned countless napkins, tablecloths and tea towels. Preiser's apple illustration quickly became a cult motif and is now back again. The apple embellishes the cuddly apple children's bed linen from byGraziela and thus finds its way into the children's room.

The bedding set from byGraziela includes a duvet cover and a large pillowcase. The cheerfully printed apple children's bed linen is ideal as a gift.

The bed linen not only impresses with its unique apple print but also with its quality: byGraziela produces the bed linen from 100% cotton percale. The material has been tested for harmful substances and bears the Oeko-Tex Standard 100 seal. So you can put the little ones to bed without worrying.