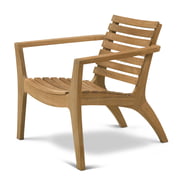 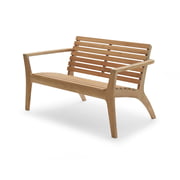 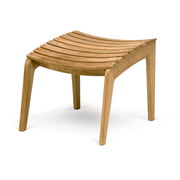 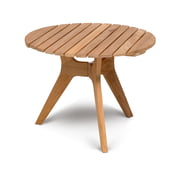 Hans Thyge Raunkjær was born in 1957. He founded the Design Studio RKDO (Raunkjær Kjærgaard Design Office) in 1991. Among others he worked in Milan, wrote the book “Chairs on the Run” and received already different international design awards.

Together with Karen Kjærgaard he founded the design studio RKDO (Raunkjær Kjærgaard Design Office) in 1989.

Hans Thyge Raunkjær has already received numerous international awards for his works, among them he got the Danish Furniture Award 2005 for his life work for the Danish design furniture industry.

Besides Eva Trio, Modo or Saniscan, Hans Thyge Raunkjær worked for many other manufacturers, he designed products such as lamps, bathroom furnishing or pieces of furniture for them. For Skagerak Denmark he also designed the Ocean-Series, a maritime appealing collection of Indoor and Outdoor furniture, about what he says:

”Many of the classic Skagerak Denmark furniture series out of wood signalize the sea and boats and this isn’t different regarding Ocean. But one could say: while this small furniture reminds of an exclusive cover, the new series sends signals in a high measure of fast racing boats”.