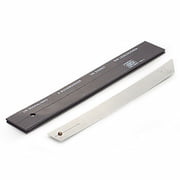 Born on February 26, 1958 in Imperia, Marco Ferreri finished his studies in architecture in 1981 at the Politecnico of Milan, the city, in which he lives and where he had his design studio since 1984.

His work spectrum is diversified and reaches from industry design, over graphic design to architecture and installating skills.

Many of his objects are important design collections which are seen all over the world, like in the New Yorker Museum of Modern Art, the collection of the Museum of Israel in Jerusalem or the Collection du Fond National d'Art Contemporain of Paris.

Marco Ferreri is member of the Ordine Architetti Milano, A.D.I. and WFB / Bureau of European Designers Association. He teaches at several Italian and international universities and he exposed at the fourth international exposition for architects in Venice and the first architecture-biennial in Beijing in 2004.